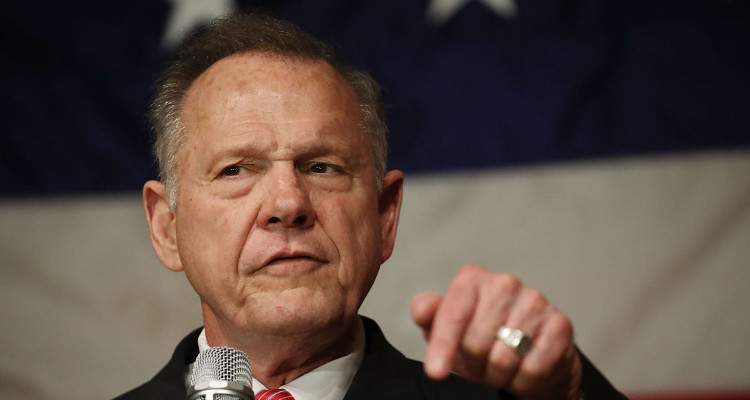 Republican Roy Moore has been accused of making racially insensitive remarks at a rally in September 2017 by a former member of the Obama administration. Even though the remarks were made months ago, the Internet has a keen way of digging up old dirt. Moore is accused of saying that America was great when families were united, even though they lived in an era of slavery. The Los Angeles Times reported it in September itself, but the matter has become controversial now with thousands of citizens expressing their outrage at Moore’s comments.

Roy Moore has been accused of making several racially insensitive comments at a campaign rally in September, but it has come back to the forefront of news headlines and is upsetting people of all races across America. Moore’s irresponsible comments came to light when Eric Columbus (a former Obama administration official) tweeted Moore’s quote verbatim. The tweet went viral quickly, with thousands of citizens retweeting it and making everyone aware of what Moore said.

The actual quote was made at a campaign rally in Florence, Alabama, in September 2017 when one of the few African-Americans in the crowd asked Moore when he thought was the “last time” America was great. According to a report in the Los Angeles Times, Moore replied, “I think it was great at the time when families were united. Even though we had slavery, they cared for one another…Our families were strong; our country had a direction.” Yes, Moore actually said this. The quote was published in newspapers that had covered the rally in September 2017 but now the news has gone viral after Columbus (who served in the departments of Justice and Homeland Security during the Obama administration) tweeted it out to the masses. He linked it to the LA Times story saying, “Can’t make this up.”

Also Read –  FACT CHECK: Did Donald Trump Have a Stroke?

Columbus’ exact tweet was: “Can’t make this up – Roy Moore said in September that the last time America was great was when we had slavery.” People who read the tweet are enraged and have responded furiously to it, many with very emotional reactions.

Today in the Wiregrass speaking to the Republican Women of Coffee County. "In November, Republicans were given a second change…a reprieve from judgement." It's time to take those principles to Washington. #MooreSenate #TeamMoore #ALSEN #enterprise #alpolitics #draintheswamp

Moore made more than one racist quote at that rally in September 2017. He also referred to Native Americans and Asians as “reds and yellows,” according to the LA Times.

Confirmed: He Did Say It!

So, considering that a reputed publication like the Los Angeles Times has reported that Roy Moore did, in fact, say that America was great even though it had slavery, not to mention the tweet by Eric Columbus which has gone viral, we can safely say that the claim is true. No matter which way Moore and the Republican Party spin it later, it is true that Roy Moore said that “America was great during slavery.” Probably the worst choice of words. Ever.