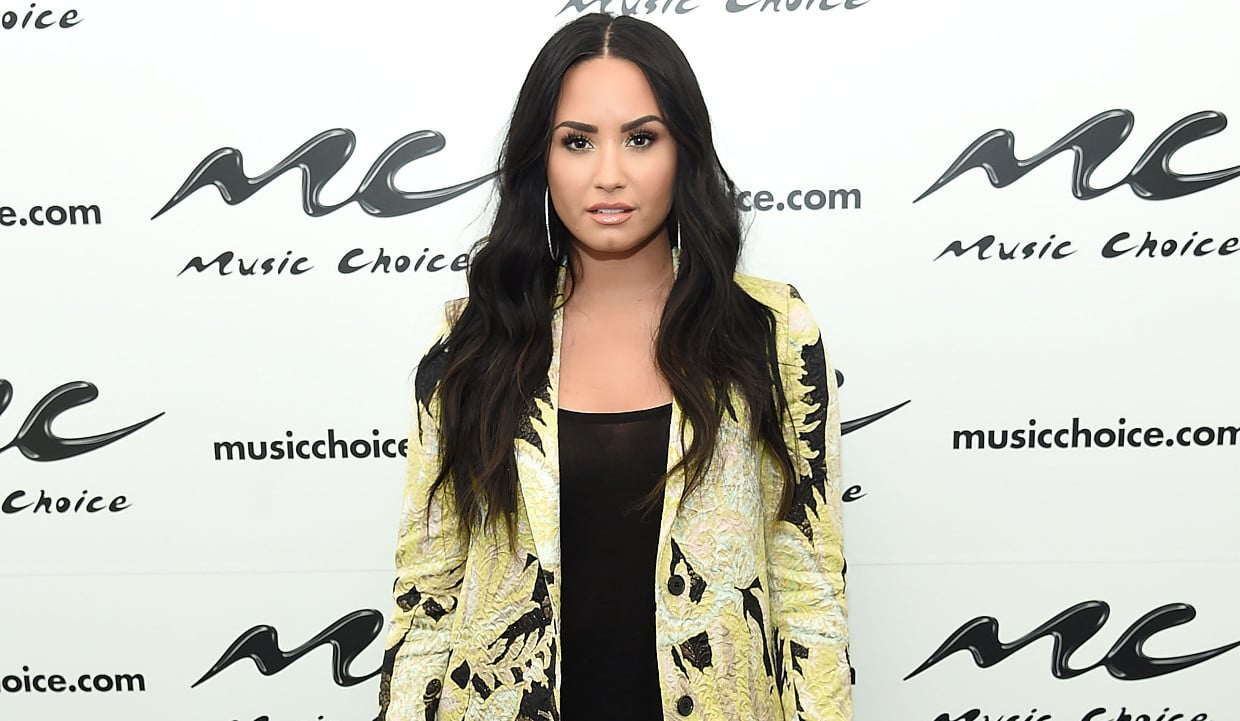 Demi Lovato’s recent New Jersey concert has fans buzzing about the on-stage lip lock between her and tour opener, Kehlani. The performance was pretty raunchy with Lovato taking to the bed on stage, straddling Kehlani, and then passionately kissing her! The highly risqué performance has raised quite a few eyebrows and questions about Demi Lovato’s sexuality. Here’s why!

Singer Demi Lovato is currently on her Tell Me You Love Me Tour. Her tour has already become the talk of the town because while recently performing in New Jersey, she locked lips for a brief second with her tour opener, Kehlani. The seductive on-stage bedroom scene has certainly got people talking!

Lovato was dressed in white lingerie as Kehlani came from behind and held her. Later on, Lovato laid Kehlani down on the bed and straddled her. The act looked quite sensuous, and the crowd went wild when Kehlani and Lovato went in for the kiss!

In fact, Demi Lovato and Kehlani both had fun. Both of them took to their respective Instagram accounts and posted how grateful they were to perform with each other.

Truly so grateful to have had this extremely special, talented and cool as fuck woman on this tour with me.. What an incredible fun sexy crazy night that I’ll never forget!! ???

Well, after watching this tongue-wagging performance, a lot of her fans and viewers are curious to find out more about Demi Lovato’s sexuality.

Demi Lovato Admits to Being “Fluid”

To avoid all the confusion among her fans, Lovato revealed a bit about her sexuality.

In an interview with InStyle magazine, Lovato said, “I’m very fluid, and I think love is love. You can find it in any gender. I like the freedom of being able to flirt with whoever I want.”

Lovato further said, “I’m normally the first one to make the move. I’m always the one who says, ‘Let me get your number.’ Or I slide into their DMs on Instagram.”

Does Demi Lovato Have a Girlfriend?

Although she has been open about being fluid, Lovato has never actually dated a female in the past. She was rumored to be dating Lauren Abedini, but the news was never confirmed.

In the past, Lovato was in a six-year relationship with That ’70s Show actor, Wilmer Valderrama. Their relationship ended in 2016.

Lovato did reveal more about her sexuality in her documentary, Demi Lovato: Simply Complicated.

Currently, Lovato is not dating anybody and spoke openly about being single.“I’m not suffering because I’m alone. There were many years I was in a relationship and I wasn’t learning about myself. Now I’m learning about what I like, what I need, and what I want,” she said.

Lovato also revealed that she likes to stay private about her personal life because it has nothing to do with her music. She is an active supporter of gay rights and strongly believes in equality.

In an interview she did with People, Lovato said, “[Sexuality is] something I don’t think needs to have a label. As humans, it’s just about a connection with someone.”

The singer also stated that she grew up in a home where there was absolutely nothing wrong with somebody identifying as another sex or liking the same sex.

While Lovato herself hasn’t openly admitted that she gay, she is certainly open to the idea of love, whether it’s with a male or a female. In fact, she is even active on dating apps to find the love of her life!

So, is Demi Lovato gay?

Well, we at EarnTheNecklace.com don’t feel the claim is so black and white. And for Lovato, it seems she is choosing not to be put in any one box.

If you want to watch the video of Demi Lovato’s steamy performance with Kehlani, then click on the link below.