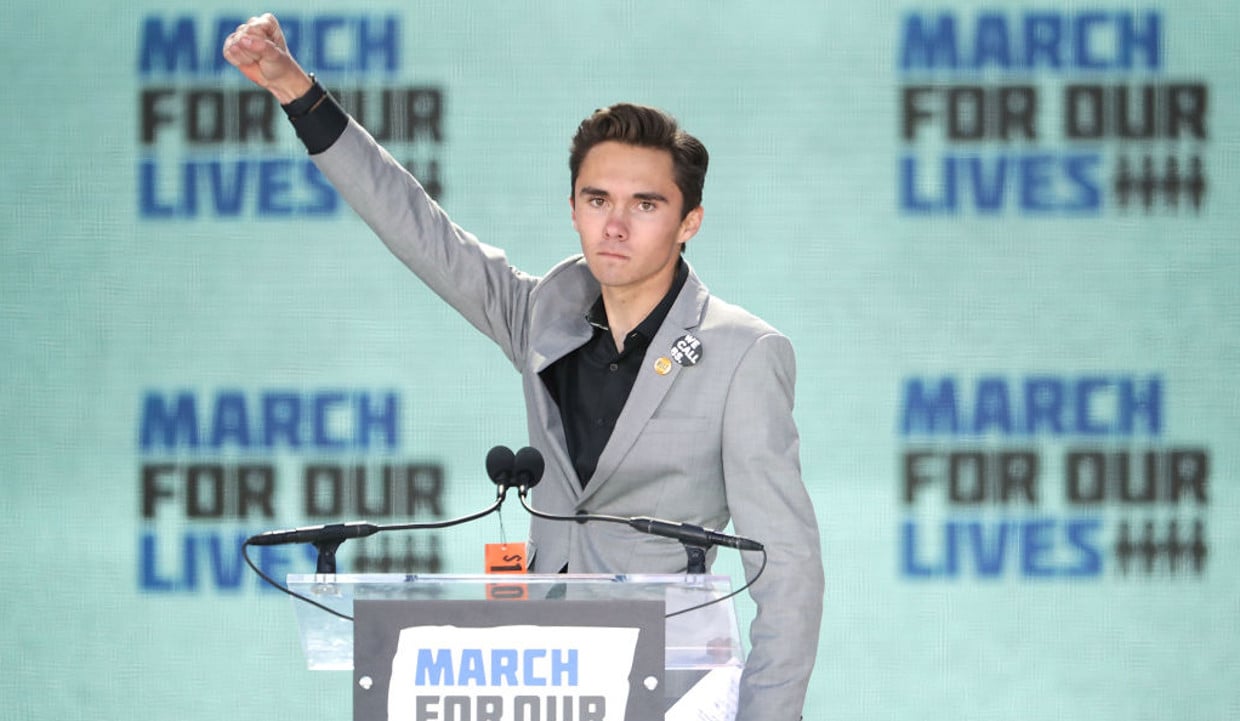 Did David Hogg Give a Nazi Salute? Did the Parkland school shooting survivor really give a Nazi salute at the end of his “March for Our Lives” speech?

David Hogg is just 17 years old but has already caused a major controversy involving a Nazi salute. Hogg raised a fist at the end of his speech at the “March for Our Lives” demonstration in Washington D.C. and drew heckles from many a people, who compared his gesture to the controversial Nazi salute popular back in the 1930s. Did Hogg really do that? Read on and find out!

David Hogg, a 17-year-old student from Marjory Stoneman Douglas High School in Parkland, Florida, gave a rousing speech at the March of Our Lives event held at Washington D.C. on March 24, 2018. At the end of his speech, where he advocated for a movement against politicians and other supporters of the National Rifle Association (NRA), he went back a few steps and raised his right hand while making a fist with his fingers.

Since then, he has been denounced by many who have compared his action with giving a Nazi salute or Hitler salute. The March of Our Lives was a student-led demonstration in support of tighter gun control laws, and around 800 sibling demonstrations were simultaneously held in the United States and the world on March 24, 2018.

This event followed the shooting at the Marjory Stoneman Douglas High School in Parkland, where 19-year-old Nikolas Cruz opened fire at the school killing seventeen people and injuring another seventeen. This mass shooting occurred on February 14, 2018, and is being remembered as one of the deadliest school shootings in history.

The Parkland school shooting has become a possible tipping point for gun control legislation in America and has galvanized schools all across the country to voice their opinion on this highly sensitive issue.

David Hogg raised his right arm with a clenched fist to show defiance, strength, and solidarity but many have likened his spontaneous gesture to a Nazi salute. Since then, the Internet is awash with numerous memes and doctored images which label Hogg a Nazi and are claiming that he gave a Hitler salute at the end of his speech. This has also spawned many David Hogg memes on the Internet giving credence to these claims that Hogg invoked the Nazi salute at the student event.

Some have even gone to the extent of calling Hogg and other students who took part in the demonstration “Hitler Youths.” People on social media have also compared Hogg to Hitler and have attacked him for giving what they claim is a Nazi salute.

It Started Ages Ago

This is not the first time that somebody has made a gesture that has become controversial as history is replete with many instances where individuals have made the famed “clenched fist” to communicate some message. Like artworks depicting the Assyrians show that they were among the first to use the clenched fist and it was associated with procreation, prayer, and sheer physical strength.

Over the years the clenched fist has also been used by various entities like labor unions, civil rights activists, American leftists, the Black Panther Party, white supremacists, athletes, and feminists like Gloria Steinem and Dorothy Pitman Hughes. It has been used as a symbol for solidarity and strength and has raised anger in many.

Paying the Price of Defiance

It made it’s way into the 1968 Olympic Games when medal winners from USA John Carlos and Tommie Smith raised their arm respectively with a clenched fist. The repercussions were immediate. Both athletes got suspended from the US team but went on to become iconic figures in their homeland.

The real Nazi salute involved an open hand with the palm facing down and was used in Germany to pay homage to their leader, Adolf Hitler. It started gaining momentum and popularity in the ’30s as the country fell sway to the charismatic leader. It was often accompanied by shouts of “Heil Hitler.”

No, Hogg Did Not Give a Nazi Salute

After due research and carefully watching the video of David Hogg’s speech, we conclude that David Hogg did NOT make a Nazi salute. He simply raised a clenched fist upwards which is totally different from the Nazi salute in every way. So, we determine that the claim is False and Hogg is not guilty of making a Nazi salute.