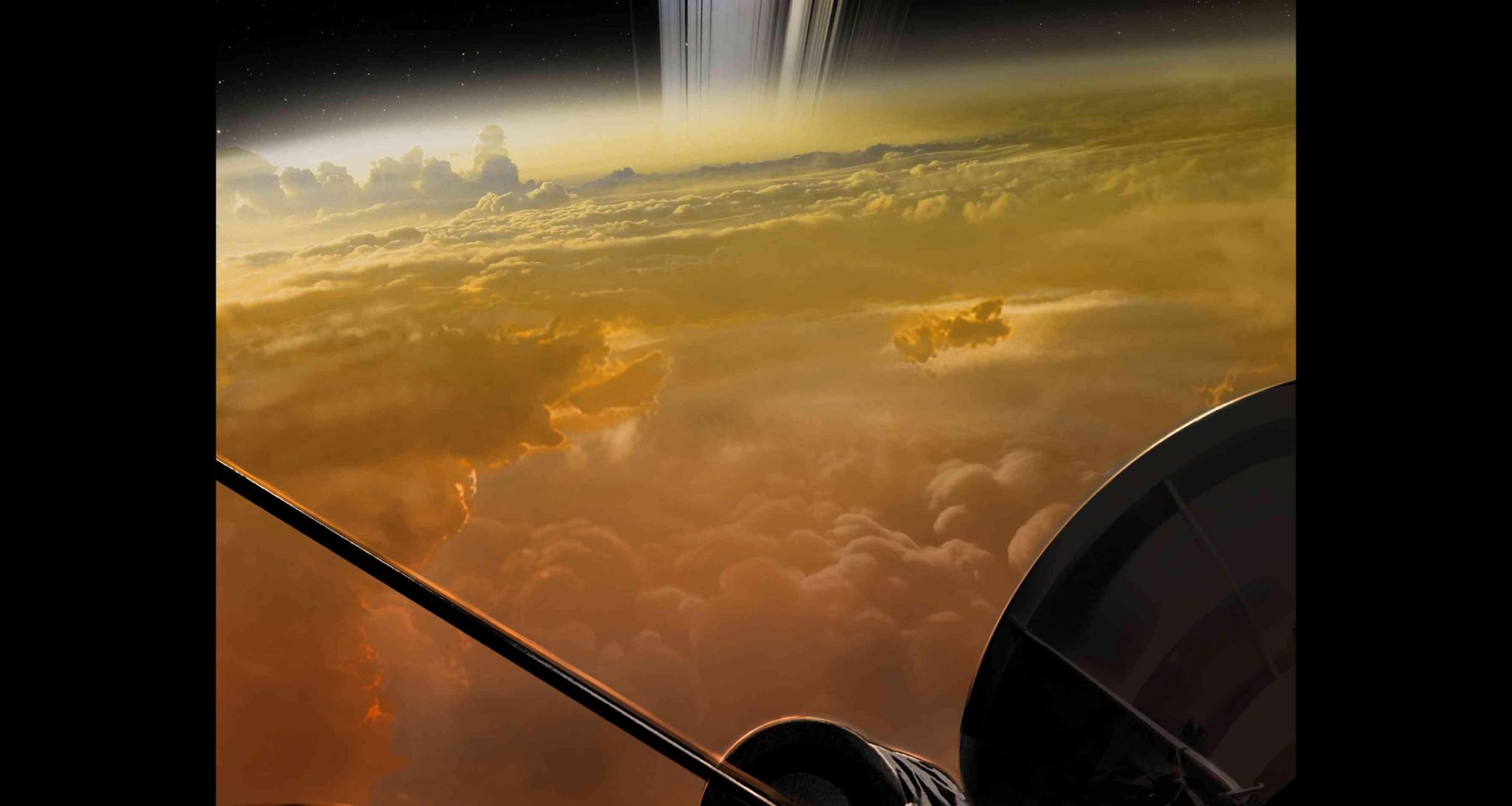 A Facebook post claims that it’s photo is the last image taken by Cassini before it entered Saturn.

Someone by the name of Michael Moody posted an image on Facebook of Saturn’s atmosphere, claiming that it was the final image taken by the Cassini probe before it plunged into Saturn. Now, social media users are discussing it with others and are believing this claim. Confusion reigned until NASA released what they said was the actual last image sent by the probe. We decided to find the facts out for ourselves and clear up this confusion.

There is confusion over what is being claimed as the last image sent back to Earth from Cassini before it entered the planet Saturn’s atmosphere and was incinerated.

Cassini was sent to Saturn way back in 1997 by a consortium of space agencies comprising of NASA, the European Space Agency, and the Italian Space Agency.

Cassini Has Done a Brilliant Job

The probe completed its mission of sending back never-seen-before images of Saturn, its moons, and its rings. It sent back a wealth of information about the planet.

Cassini increased our knowledge of Saturn and her mysterious secrets many times over what we knew in the past.

A person named Michael Moody posted an image on Facebook and claimed that it is the last image sent by Cassini before it entered Saturn’s atmosphere and burned up. 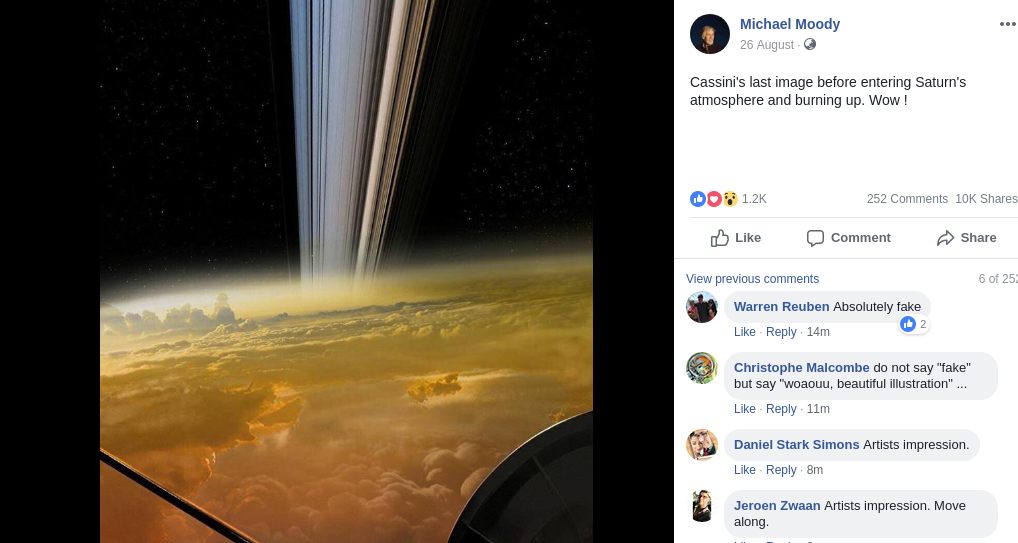 So, is this true? Is this clear image showing an over-the-shoulder view of Cassini making its grand finale dive over Saturn really the last image sent by Cassini?

This image shows Saturn’s rings and clouds in its atmosphere clearly. However, is this the true picture of this cold planet’s inner atmosphere?

The truth is, this image is not the last image sent by Cassini at all! Instead, it is an artist’s concept of what Saturn would look like from a closeup view.

It is the artist’s imagination of what the inner atmosphere of Saturn and its rings would look like if we as humans could see it up close. So, don’t believe everything you read!

NASA Has the True Image Sent by Cassini

NASA had released Cassini’s final image, which was taken before the probe plunged into Saturn’s atmosphere and burnt up.

It is a monochrome image of the planet’s night side, lit up by the reflected light from the rings. And it shows the location at which Cassini entered Saturn’s atmosphere a few hours later. 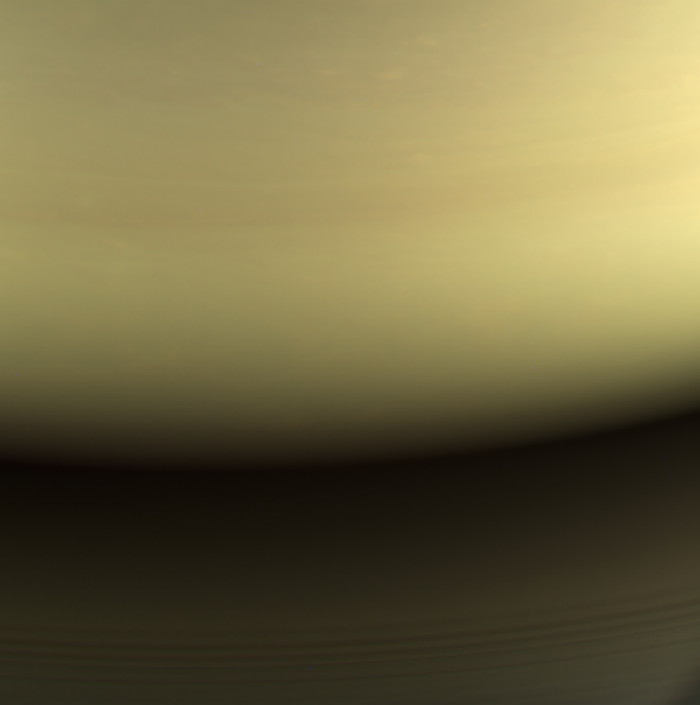 This image has been released by NASA. It is reportedly the last image sent by Cassini before it self-destructed.

It does not show clear details of the planet’s inner atmosphere because it would not be possible for the spacecraft’s cameras to take such closeup pictures with its limited range.

The image posted by Moody is certainly not Cassini’s last image, and NASA has provided the proof.

So, rest assured the claim that photo posted by Michael Moody on Facebook of Cassini’s last image sent to Earth is completely false!