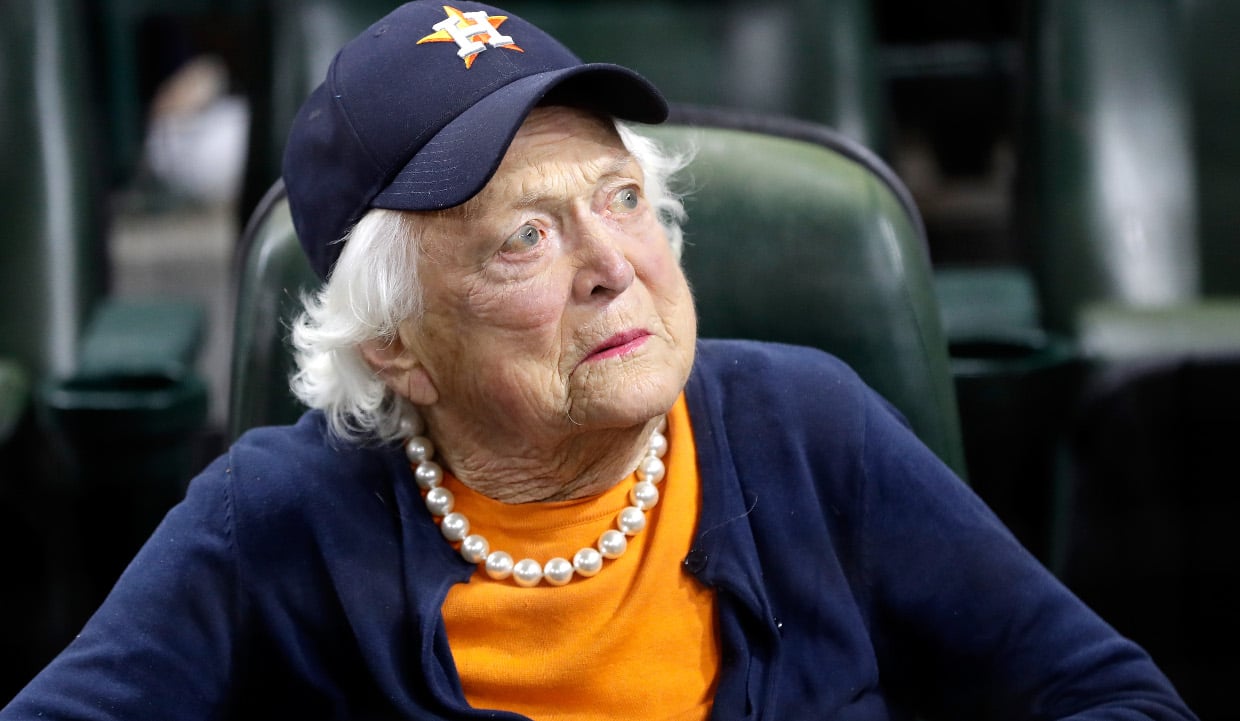 Former First Lady, Barbara Bush has been suffering from Chronic Obstructive Pulmonary Disease for a long time. It has led many to ask if smoking caused Bush’s COPD.

Did Barbara Bush smoke? That’s the question many are asking since it was revealed that George H.W. Bush’s wife has been in and out of the hospital for COPD. Since smoking is one of the causes of COPD, social media wants to know if Barbara Bush smoked.

Smoking is one of the primary causes associated with COPD. And now, many are wondering if George Bush’s mother smoked cigarettes.

Internet’s sleuths may not be far from the truth. EarnTheNecklace.com has broken down the facts about Barbara Bush’s health right here, so keep reading.

What Is Wrong with Barbara Bush’s Health?

A statement made by the Bush family released on April 15 said that Barbara Bush’s health has been on the decline. Furthermore, she won’t be seeking additional medical treatment and will focus on comfort care at home with her family instead.

“Following a recent series of hospitalizations, and after consulting her family and doctors, Mrs. Bush, now age 92, has decided not to seek additional medical treatment and will instead focus on comfort care,” said the family spokesperson.

The spokesperson added, “It will not surprise those who know her that Barbara Bush has been a rock in the face of her failing health, worrying not for herself thanks to her abiding faith but for others.”

Bush has been suffering from COPD and congestive heart failure for a while. She has been in and out of the hospital due to her declining health. In the past, she has had surgery on her small intestine and underwent an aortic valve replacement surgery.

Barbara Bush, who has been married to former President George H.W. Bush for over seven decades, was first lady from 1989 to 1993. She and Abigail Adams are the only former first ladies who were also the mothers of presidents. Barbara’s son, George W. Bush, was the 43rd U.S. President.

Was Barbara Bush a Smoker?

Some are curious to know what caused Barbara Bush’s COPD. The lung disease is characterized by breathing problems, coughing, shortness of breath, and mucus production.

COPD can be caused by multiple factors from occupational exposures and air pollution to genetics. However, tobacco smoke remains the primary cause of COPD globally.

The majority of those who suffer from COPD are smokers. Long-term exposure to pollution or occupational fumes are also major causes of COPD. The disease is not contagious.

Could Barbara Bush’s COPD be smoking-related?

By her own admission, Bush was a smoker.

In her 1994 memoir, Bush wrote that she had been smoking since she was 18. She recalled a time when she was in the hospital for minor surgery and was restless one evening, craving a cigarette. A “tiny nurse” got her back to bed and said they would have a talk in the morning.

The nurse did return after her shift and gave it to Bush straight. She called Bush a “disgrace” and said that she was “addicted.” Bush was so appalled that she quit smoking on New Year’s Day of 1968.

George Bush Sr. never smoked and didn’t mind his wife’s smoking. However, when his wife took a staunch anti-smoking stance after quitting, it was a bit much for the former POTUS.

In a Vanity Fair piece, aides and friends who worked with Barbara Bush recalled her imposing personality and her tendency to give unsolicited advice.

“She is full of admonitions about smoking, now that she has given it up,” read the 1994 profile.

It would be presumptuous to say that smoking caused Barbara Bush’s COPD, as other factors could also cause it. COPD is a slow-progressing disease, and people don’t often recognize it until it reaches the later stages.

The lung disease has no known cure yet. However, lifestyle changes can reduce the effects.

Quitting smoking can slow down the progress of COPD. And as Bush wrote in her memoir, she quit decades ago.

So, is Barbara Bush dying?

CBS mistakenly published an article that said Bush passed away. However, she is alive, and the story was taken down immediately.

COPD is one of the leading causes of death in the U.S., especially with the increasing smoking rates. Nonetheless, it’s too premature to say anything about Bush’s health yet.

The severity of Barbara Bush’s ailments is not known. She is focusing on recovering while spending time with her loved ones.