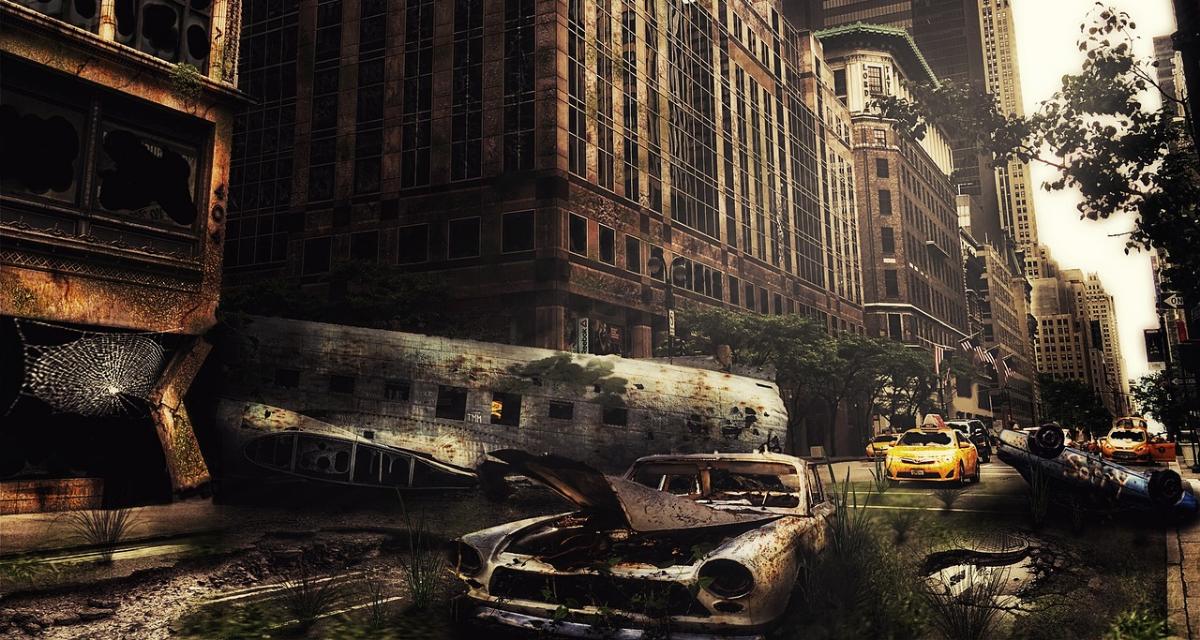 Scores of people claim to have received a voicemail containing military code. The voicemail claims that the world will end on April 18, 2018 and aliens will be the cause of it.

What do Stephen Hawking, MH370, and aliens have in common? They make up the content of a chilling voicemail message, alleging that the end of the world is near! The purported doomsday date is set for April 18, 2018. Twitter users claim that they have received messages on their phones of someone speaking in a robotic voice, resulting in hysteria. But before you panic and get your affairs in order, we at EarnTheNecklace.com have decoded the facts about this ominous voicemail message!

Is the World Ending on April 18?

Over the last few weeks, several Twitter users have received strange voicemail messages on their phones. The terrifying message has a robotic voice speaking in the NATO phonetic alphabet (Alpha, Bravo, Charlie, etc.).

It started when a Twitter user named Ty tweeted about the voicemail message he received. He asked Internet denizens to help decode it, and the response was in the millions. Ty has no apparent inclination or a history of propagating conspiracy theories.

With some help from others, the decoded message allegedly reads, “S Danger SOS it is dire for you to evacuate be caution they are not human 042933964230 SOS Danger SOS.”

on April 18 everyone says that nonhumans/aliens are coming to earth but guess what movie also has that plot and is coming out at 27????? pic.twitter.com/XKTfB8erPx

According to one Twitter user, the “S” at the beginning indicates a continuous loop and not a message that’s supposed to play once it goes to voicemail.

The series of numbers in the message is believed to be coordinates. When it’s entered into Google Maps, the coordinates point to two locations near Africa and Malaysia.

Some claimed that the location is close to the purported location where the doomed aircraft, MH370, went missing on March 8, 2014. It led to speculation that the voicemail was from when the flight came across something extraterrestrial.

One Twitter user said, “Are you saying that Malaysia Flight 370 encountered something non-human???”

Ty went on to post more codes from the voicemail. The decoded message mentioned Stephen Hawking. The renowned cosmologist passed away on March 14, 2018.

Watching Shane's video and he said the thing about "they are coming April 18, 28" can we wait please i have great concerts coming up. please wait to kill us aliens. please. i got 5SOS, Harry. Niall, like can we just wait.

A numerical sequence and morse code in the message, also shared by Ty, claims that 4/18/18 is the impending day of rapture. And some sources believe aliens will be responsible for this alleged day of reckoning!

Since Ty shared his voicemail experience, more Twitter users have come forward claiming that they also received the voicemail.

Ty’s original tweets have since been deleted. However, several impersonators have created Twitter accounts and tweeted random codes and messages related to this theory.

On one of the episodes of Simpsons, they were invaded by aliens which they thought it was a prank so they wasn't prepared on the invasion.Are they trying to say we aren't prepared, everyone thinks this is a joke just like the Simpsons did. Will their predication be right?#april18

No Need to Panic

As unsettling as this voicemail may seem, wiser members of the Twitterati have clarified that this should only be taken as a conspiracy theory and nothing more. They have even provided a host of evidence to counter it.

For starters, many have said that several applications can generate a robotic voice.

One YouTube user commented, “I can get a Siri software and record a voicemail using military code but saying ‘Unicorns are fluffy.’”

It amazes how YouTubers are trying very hard to scare ppl about The Rapture or Alien invasion on April 18. With ALL the computer programs out , anyone can create a vid add audio and say Listen to these horns. And if y’all notice there is no one else around to VERIFY sounds FAKE

Those who have a sense of humor have made their own voicemails and codes with NATO phonetics to transmit hilarious messages. And the memes are already endless!

If you need any more convincing, note that there has been no buildup of events whatsoever before the purported April 18 doomsday. And as one YouTube user put it, a few “Twitter arguments” don’t guarantee anything.

Additionally, NASA has state-of-the-art systems to detect any catastrophic signs. The organization has gone above and beyond to disprove another doomsday theory related to Planet X. So, if something was coming for us, the guys at NASA would surely sound the alarm.

me on april 18 when the aliens come to take over earth: dont worry guys i watched doctor who when i was 13 we can stop this

The supposed link to MH370 is also false. No black box recording mentioning aliens was found.

The mysterious disappearance of the red-eye flight continues to be investigated. So, it’s only natural that more conspiracy theories about it crop up from time to time.

It’s worth noting that Ty posted these tweets around the time of Stephen Hawking’s passing and the anniversary of MH370’s disappearance. The timing just made the theory more popular.

So which timezone are the aliens going to end the world at? Im irish so does this mean ive to keep track of american time or am I safe saying my byes on Irish soil #april18 #Malaysia

Ty’s later tweets and replies by his followers indicate that this is a hoax with a connection to the latest popular game, Fortnite. He even shared a picture of a crudely drawn map from the survival game.

The military-style voicemail message has turned the Twitterati into a pack of decoding sleuths, but as a Ty impersonator said, it’s just a hoax! If anything, this doomsday theory is more entertaining than horrifying.

The only alien we know coming is a giant purple menace named Thanos. And he’s not scheduled to arrive until April 27.

I just got an email, in my PRIVATE inbox, that the public doesn’t know about. Attached to the email was this image. The sender’s email said “unknown”. The email had text saying “What looks like a children’s drawing is more than it seems.” Can ANYONE please help me solve this? pic.twitter.com/IcaCkSucYn

Rest assured, you can make plans for April 18, 2018, without fearing the world ending. Unless, of course, your plans involve some other-worldly lifeforms, in which case, do warn us!

Me waiting for the aliens on April 18 pic.twitter.com/kYOsLbwrHN