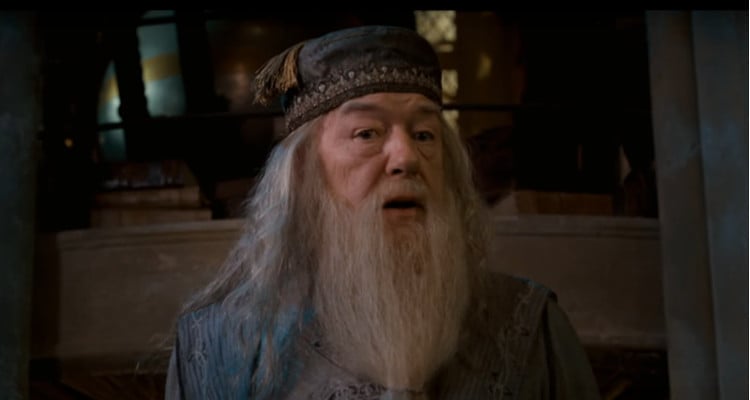 Albus Dumbledore is gay. The Hogwarts headmaster was involved with the notorious fugitive Gellert Grindelwald romantically.

J. K. Rowling shocked fans when she announced that Albus Dumbledore is gay a decade after the release of her golden books. The fact, however, was not mentioned in any of the Harry Potter movies, and David Yates is continuing to gloss over the fact in Fantastic Beasts 2. Find out why, right here.

Fans all over the world are a little bit frustrated after learning that David Yates will not show the hotter, younger Dumbledore, played by Jude Law, as gay in the sequel to the Harry Potter prequel.

When details for Fantastic Beasts 2 were released, people across the globe were looking forward to seeing the romantic and wild side of Dumbledore, who was otherwise shown to be a wise old man.

The news of his sexuality being kept hidden, however, has upset many, especially when it was revealed why Dumbledore’s sexuality was going to remain hidden in the movie.

J. K. Rowling is, as usual, is handling all the backlash with utmost wit and sophistication, and Yates chose to pull a Miranda Priestly on fans.

“Not explicitly. But I think all the fans are aware of [Dumbledore’s sexuality],” Yates said. “He had a very intense relationship with Grindelwald when they were young men. They fell in love with each other’s ideas, and ideology, and each other.”

Yates’ “not explicitly” comment seems to have given lovers of Harry Potter a sense of deceit. Rowling also tweeted about the subject saying that the story is a five-part series, and this was just the beginning.

Will Fans Have the Patience to Wait for Dumbledore’s Love Story?

While many are recalling the meager amount of LGBTQ representation in movies and TV, a few want to give the series a chance.

Vanity Fair mentioned how the gay factor was coolly left off of some scripts like Beauty and the Beast and Power Rangers. The magazine claimed that there were “blink-and-you’ll-miss-it” moments of representation on these scenes, which only made viewers question the reason behind it.

It was in 2007 at Carnegie Hall that Rowling revealed that Dumbledore was gay.

When asked if the wizard was ever in love, she replied, “My truthful answer to you … I always thought of Dumbledore as gay. Dumbledore fell in love with Grindelwald, and that that added to his horror when Grindelwald showed himself to be what he was.”

In an interview back in 2016, Rowling spoke about Dumbledore being gay in the series saying, “He was always very clever, but we’ll see what I think was the formative period of his life. As far as his sexuality is concerned, watch the space.”

Twitter was alive with the burning question of why nobody acknowledged the fact that he was gay. Some users even questioned the existence of the prequel having a young Dumbledore if his sexuality is to be kept hidden!

Lol. There are actually fans using the "being openly gay wouldn't make sense for the time period" argument re: Dumbledore. You can accept three headed dogs, invisibility cloaks, and Aberforth's "affinity" for goats, but not an openly gay dude in the 20th century?

now i can say i'm right when i say @jk_rowling only said dumbledore was gay so she could claim that her books are representative. lemme tell you something: if it's not mentioned in the books, if it's not actually in the story, it's not real rep

If you're not going to make Young Dumbledore's sexuality explicitly clear in Fantastic Beasts then why even bother with this film at all tbh?

So, does that mean there will be a gay Dumbledore somewhere in the series? Only time will tell. For now, fans will have to make do with a Dumbledore-Grindelwald story without the romance.

The much awaited second edition of Fantastic Beasts will hit theaters in November this year.