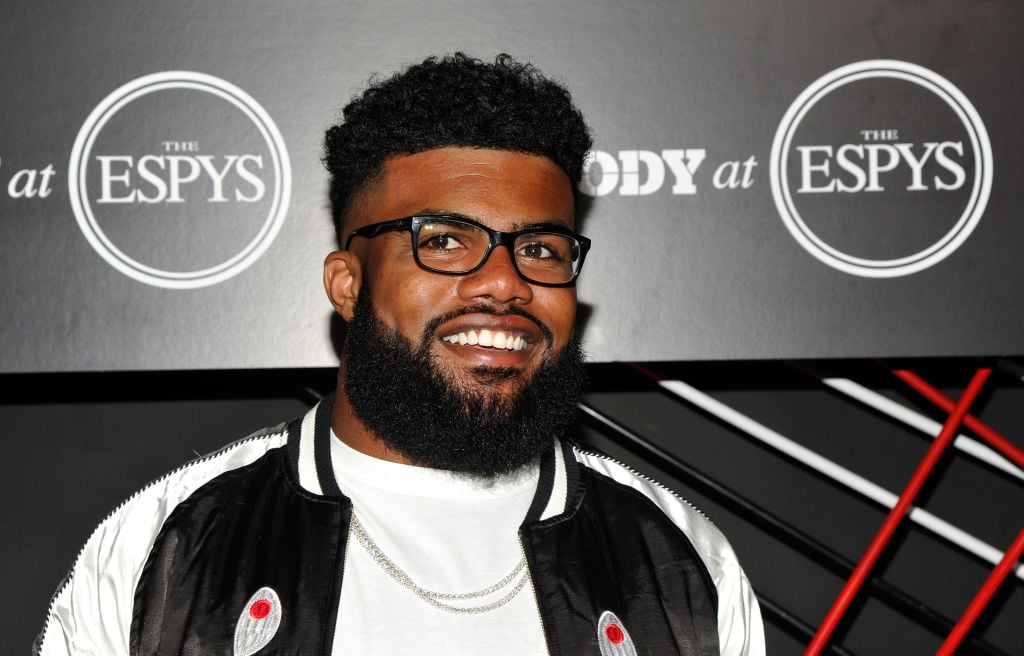 A report claims that Ezekiel Elliot of the Dallas Cowboys was involved in a late-night altercation at a bar, and now fans want to know more! Is he guilty of something? What did he do? Those are just a couple of the questions being asked about the 21-year-old athlete. If you’ve been searching for Ezekiel Elliot’s girlfriend or the details of the fight, then you need our Ezekiel Elliot wiki.

Ezekiel Elliott was born on July 22, 1995 and was raised in Alton, Illinois to father, Stacy and mother, Dawn. He attended John Burroughs School (a private school in St. Louis) and was drafted after attending Ohio State University.

Ezekiel Elliott’s salary is estimated at $1,584,379 and he signed a 4-year contract deal for $24,956,338 last year. His free agency starts in 2021 and he currently plays running back for the Dallas Cowboys until then.

According to TMZ, a video was taken of a victim moments after he was hit in the face by an assailant at Clutch bar in Dallas. The owner of the video reportedly told the media outlet that there was an argument between the man in the video and a woman who was “in Ezekiel’s party.” The witness claimed she saw Elliott punch the man, which supported the story of the victim’s friend who spoke to the police. However, the police could not confirm that Elliot was the attacker and he wasn’t charged or arrested as a result.

This isn’t the first time Elliott has been caught up in another accusation. The six-foot-tall running back was at the center of a domestic disturbance allegation in 2016 in Ohio, when his girlfriend at the time accused him of assaulting her multiple times over the span of a week. The young woman also told police that he assaulted her at one point in a parked car. The district attorney did not press charges at the time for lack of evidence and conflicting stories, and witnesses at the scene said they did not see any assault occur.

We just getting started

In a statement, Elliott wanted “closure” and testified to his own innocence regarding the case.

“I would rather it not drag on this long,” Elliott said. “If there was something to find, which there’s not, they would’ve found it by now. The police did a very thorough investigation. It just seems like they’re dragging their feet right now. Who knows, man? I’m just ready for it to end.”

It’s not a surprise when athletes get involved with an incident outside the game and what happens off the field can have direct consequences on the field. Many don’t necessarily believe athletes when they say their innocent and the media reportedly took the story out of context and made Elliott appear as the villain. Others believe that Dallas is all about its heroes—football players—and its residents would sooner quit their jobs before allowing one of their greatest assets spend even one night in jail.