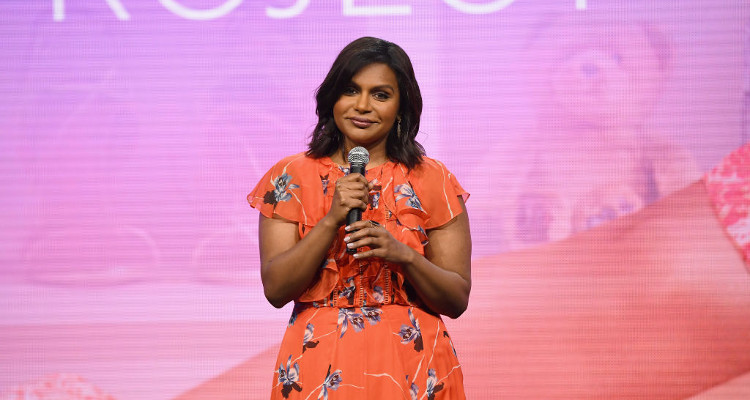 Mindy Kaling isn’t exactly like her character on The Mindy Project, Mindy Lahiri. And she should probably be happy about that, because if she were, she’d probably be far worse off—it also means a lot less jail time for the real Mindy Kaling! We’ll explain…

The actress posted to both Instagram and Twitter a gift she recently received: “Mindy Lahiri’s rap sheet of all her alleged onscreen and offscreen crimes.” A picture of the sheet was included and it’s looks so accurate that perhaps “forgery” should be added to the list of crimes. Of course, that’s assuming it’s not there already; the list of offences is pretty long and includes a couple fires and flashing incidents, threatening Prince William, public urination, and faking her own kidnapping, to name just a few!

Over 53,000 fans of The Mindy Project loved the gift as well, with many asking for a way to buy a copy, or at least an HD version to print out! A lot of the people who commented just couldn’t help but say how amazing the rap sheet was, and a ton of others shared what their favorite offense was. Fan favorites included “pretended to in the armed forces for early airplane boarding,” “faked own kidnapping to get out of a fun run,” “rushed the stage at a Lady Gaga concert,” and, “banned from yogurt establishment for sample fraud.”

There’s also the one fan who didn’t care about the charges, instead noting, “That is such a hot mugshot.” Well, here’s hoping Mindy Kaling won’t ever have to pose for a real one!