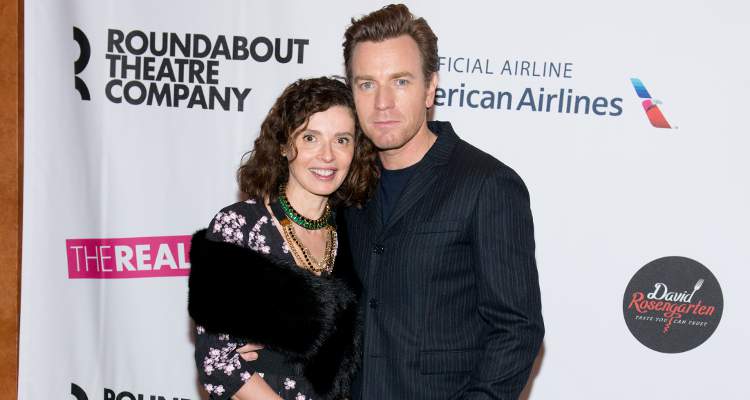 Ewan McGregor was reportedly seen getting cozy with his Fargo co-star, Mary Elizabeth Winstead. Though he is married to Eve Mavrakis, sources claim that the couple decided to  separate in May. If you want to know more about Ewan McGregor’s wife, then take a look at our Eve Mavrakis wiki.

After watching our favorite Hollywood couples like Angelina Jolie and Brad Pitt, Jennifer Garner and Ben Affleck, and Anna Faris and Chris Pratt split, we need some good news!

But unfortunately, after being married for almost 22 years, another famous couple has decided to go their separate ways are Ewan McGregor and Eve Mavrakis. Recently, it was reported that McGregor was seen kissing his co-star, Mary Elizabeth Winstead. Although he and Mavrakis are still married, a source close to the couple states that they separated earlier this year. If you want to know more about Eve Mavrakis, then keep reading.

Born on June 22, 1966 in Dordogne, France, but raised in China, Eve Mavrakis’ age is 51. Like her allegedly estranged husband, Mavrakis worked as a production designer for a few films like Lock, Stock and Two Smoking Barrels, Bandit Queen, and Imagine Me & You. There is currently no news about Eve Mavrakis’ net worth, as it looks like she likes to keep her life away from the public eye.

They are perfect together ?❤? #ewanmcgregor #evemavrakis

Mavrakis and McGregor met on set of the TV show, Kavanagh QC. They dated for a while and got married in July 1995.They moved to Los Angeles to start and raise a family. McGregor said about meeting his future wife, “I knew right then that I really wanted to be with her and I knew I wanted to be with her in a different way to all the other many, many, many women I had been with up until that point. And I wasn’t wrong. I made the right choice.”

The couple have four daughters: Clara, who is 21 years old; Jayman who is 16 and was adopted from Mongolia; Esther who is 15 years old, and six-year-old Anouk. Growing up, Mavrakis and McGregor kept their children away from the paparazzi and public. According to sources, Clara studied photography at NYU’s Tisch School of the Arts and even has her own website, which she started in 2014.

However, after McGregor was reportedly spotted kissing his co-star, speculation of the two splitting has surfaced. It was reported that McGregor and Mavrakis separated in May. But there is no news about their divorce, and the couple have not spoken out about the separation rumors.