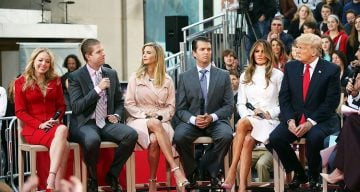 After Donald Trump’s historic sweeping win of the 2016 U.S. presidential election, voters are still reeling from the shock of his unprecedented victory. Since the 70-year-old billionaire announced his decision to run against Democratic nominee Hillary Clinton last year, the entire Trump family has been thrust into the spotlight. Trump’s large extended family tree is a source of mystery and fascination to voters, who frequently search the Internet for information about Donald Trump’s children, and how many kids Donald Trump has. Here is everything you need to know about the real-estate mogul’s five children:

The 38-year-old is the oldest son of Donald Trump, and is the Executive Vice President at The Trump Organization. Fluent in Czech (his mother, Ivana Zelníčková’s native tongue), Trump Jr. went to the University of Pennsylvania’s Wharton School, and has been married to model Vanessa Kay Haydon since 2005. The attractive couple have five children together: Kai Madison Trump, Chloe Sophia Trump, Donald John Trump III, Tristan Milos Trump, and Spencer Frederick Trump.

The businesswoman and model is the oldest daughter of Donald Trump, from his first marriage to Czech model, Ivana Zelníčková. Ivanka Trump is currently the Executive Vice President of Development & Acquisitions at The Trump Organization. The 35-year-old Wharton Business School graduate, is happily married to real-estate developer, Jared Kushner and the power couple are parents to three children; Arabella Rose Kushner, Joseph Frederick Kushner, and Theodore James Kushner.

A spitting image of his father, 32-year-old Eric Trump is the Executive Vice President of Development, and Acquisitions for The Trump Organization. Besides working with his brother and sister at their father’s company, Eric Trump also owns Trump Winery and raises funds for the St. Jude Children’s Research Hospital. A graduate of Georgetown University, he has been happily married to his long-time girlfriend Lara Lea Yunaska, since November 2014.

The 23-year-old Florida native is Donald’s second daughter, and only child from his marriage to Hollywood actress Marla Maples. Tiffany Trump is also a graduate of the University of Pennsylvania and briefly pursued a career in music, releasing a single titled “Like a Bird.” She spoke at the 2016 RNC in support of her father, now the newly-elected president of the United States. She is reportedly in a relationship with her classmate Ross Mechanic. 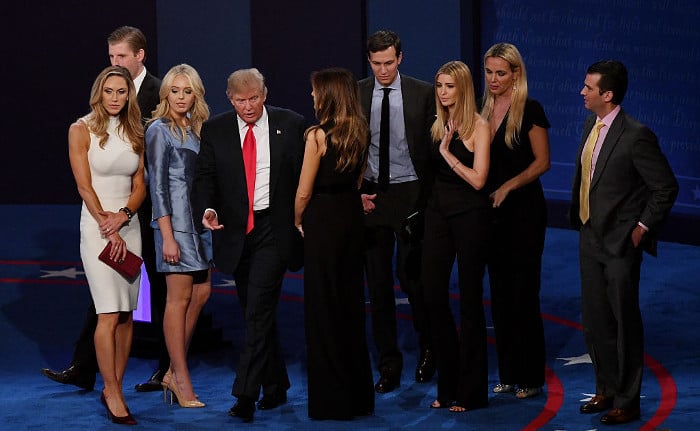 At 10 years old, Barron Trump is Donald Trump’s youngest and only son with his third wife, Slovenian model Melania Knauss. He is fluent in his mother’s native language, Slovenian, having learned it since birth.