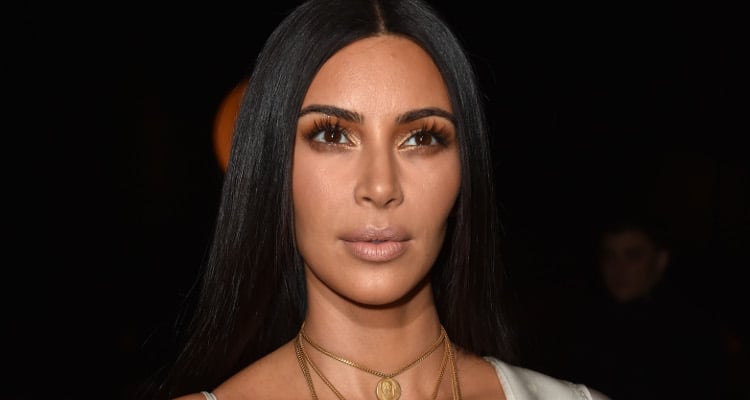 In the latest news, Kim Kardashian West was held at gunpoint, and robbed by masked men dressed as police officers. The reality star became the victim of the unidentified gunmen, who robbed her of millions of dollars worth of jewelry before disappearing into the night. The incident took place at Kardashian West’s luxurious apartment in Paris, France. She was staying there while attending the Paris Fashion Week, along with her mother, Kris Jenner and sisters, Kendall Jenner and Kourtney Kardashian. Don’t go anywhere else because we’ll tell you everything you need to know about the terrifying incident, in which Kim Kardashian West was robbed in her hotel room in Paris after being held at gunpoint.

It looks like the Keeping Up with the Kardashians star’s trip to Paris isn’t turning out so great, after all. After she had been attacked by celebrity prankster, Vitalii Sediuk who tried to kiss her derriere last week, the 35-year-old faced more trouble after she was ambushed by masked gunmen in her own hotel room in Paris. Thankfully, it has been reported that Kardashian West was unharmed in the hostage situation. A spokesperson for the mother-of-two confirmed the occurrence of the unfortunate incident to CNN. Spokeswoman, Ina Treciokas released a statement saying Kardashian West was “badly shaken but physically unharmed.” 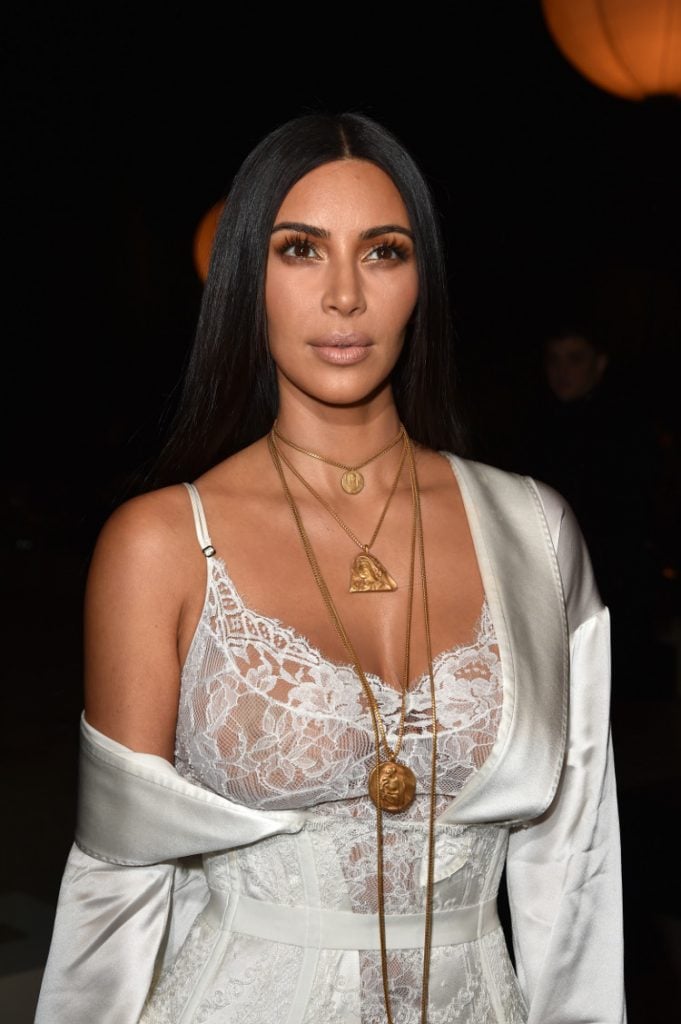 The robbery occurred on Sunday, October 2, after Kardashian West had returned from attending the Balenciaga Fashion Show earlier in the day. According to French authorities, her bodyguard, Pascal Duvier was handcuffed while the TV personality was held at gunpoint. The heist appeared to be planned well in advance and was executed by five masked men, armed with handguns. However, the exact number of robbers is being debated, with conflicting reports from different sources.

Kardashian West was staying at a discreet location, frequently favored by celebrities for the privacy it offered. This was the second time she had chosen the lavish apartment (situated behind Paris’s famed Madeleine Church) as her preferred choice of residence. The first time Kardashian West had stayed there was before her highly-publicized wedding to rapper Kanye West, that took place in Florence, Italy in 2014.

Meanwhile, Kardashian West’s husband, Kanye West was in New York performing at a music festival in Queens. Following the report of the robbery, he abruptly ended his headlining set in the middle of his song, “Heartless.” After announcing, “I’m sorry, there’s been a family emergency. I have to stop the show,” he walked off the stage and quickly exited the venue to take the first flight out to Paris and be by his wife’s side. 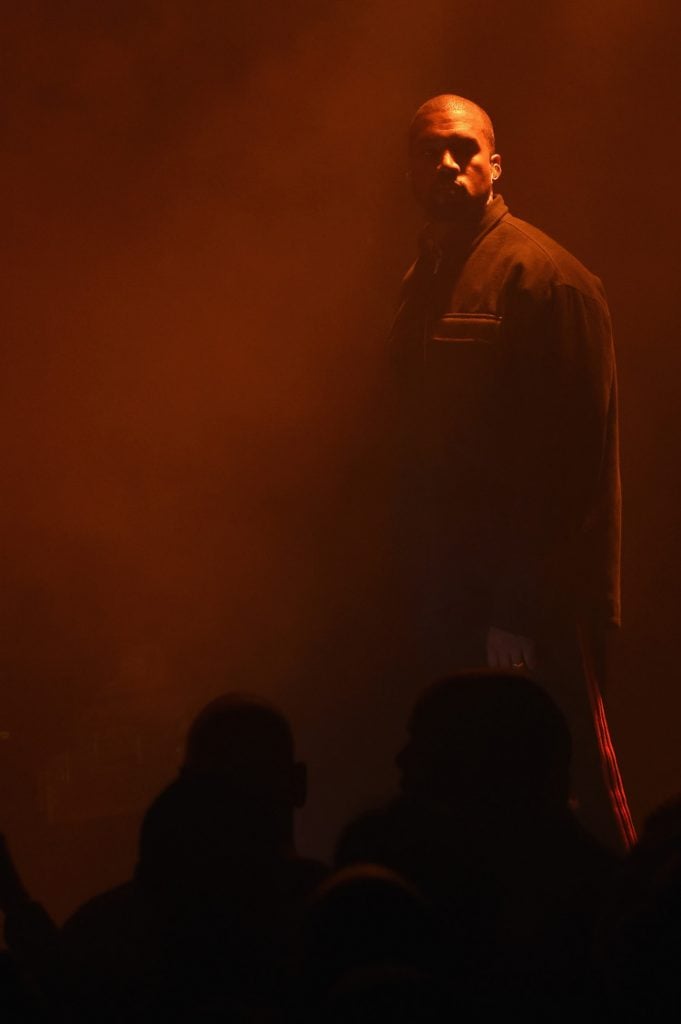 The 39-year-old rapper was singing at the Meadows Music and Arts Festival at Citi Field in Queens, New York. Thousands of fans were left surprised and disappointed at his sudden departure and took to Twitter to post videos of him cutting his set short and storming off the stage. Several concert-goers were angry about his unexplained exit because West had already started the show half an hour late and halted it 20 minutes early to rush to his wife’s aid. The venue also confirmed the cancellation of West’s performance on Twitter.

Due to an emergency, Kanye West had to end his performance early. Please get home safely.

Jewelry Worth Millions Was Stolen

With regards to stolen merchandise, most of Kardashian’s jewelry was stolen from her room, while she was locked in the bathroom. The social media star is known to have a penchant for diamond jewelry and according to police reports the loss was being valued at many millions of dollars. The exact amount has been estimated at $11.0 million and include a $6.5 million jewelry box, as well as a diamond ring worth almost $5.0 million. The robbery is said to have taken place at 3:00 a.m. local time in Paris (9:00 p.m. EST). Kardashian West’s children, Saint (10 months) and daughter North (3) were safe and not present at the scene of the crime during the robbery.

Following the attack, the Kardashian-Jenner clan (who are famous for their social media antics) remained silent. Kardashian West’s mother, Kris Jenner and sisters, Kourtney Kardashian and Kendall Jenner, were with her in Paris attending the Paris Fashion Week, but were staying elsewhere. According to sources, Kim Kardashsian was staying solo at the celebrity mansion, while her family was staying at the nearby Peninsula Hotel in the city of Paris. A spokesperson for the Peninsula Hotel stated that they were “not aware of any of its guests being attacked” within the premises. Just hours before the robbery, Kardashian West was present in the front row at the Givenchy Show, cheering on her sister Kendall Jenner as she walked the runway for the designer. 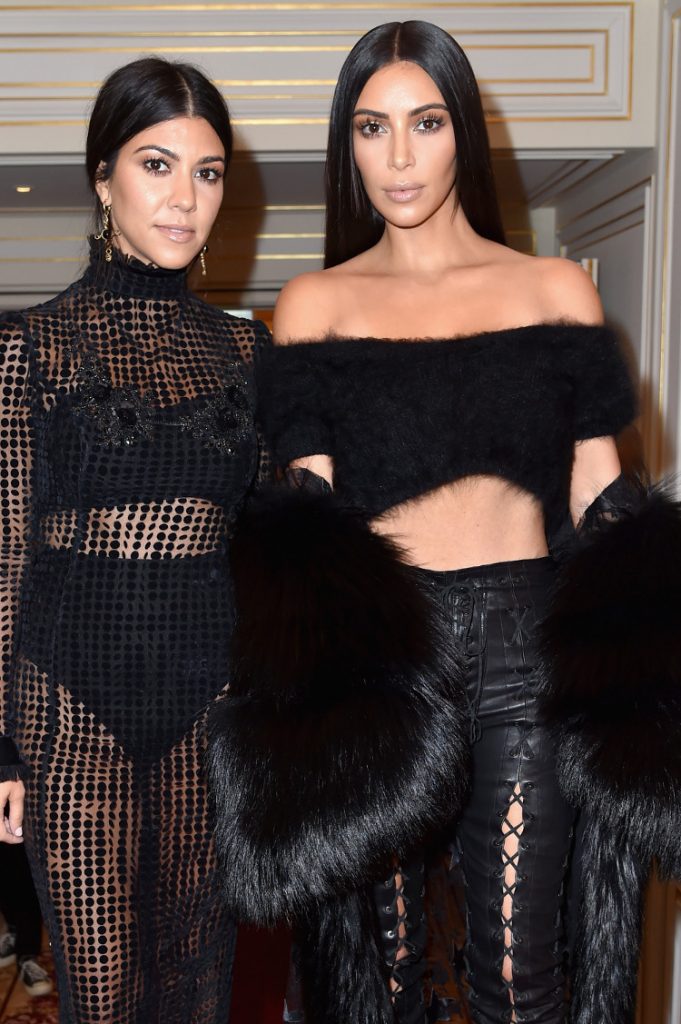 The French Interior Ministry shed light on the alarming occurrence with previously undisclosed details. Apparently, Kardashian West was held at gunpoint and locked in the bathroom, while the thieves looted the hotel room. Along with a large amount of jewelry, the thieves also got away with two cell phones, which could explain Kim’s absence from social media. A spokesperson for the French Interior Ministry clarified that the men did not fire their weapons, and no one was injured during the heist, which was described as “highly-organized.”

After the raid, the assailants escaped unchallenged and Kardashian West’s sister, Kendall Jenner was seen leaving the crime scene an hour later. The Kardashian-Jenners’ celebrity friends model, Jasmine Sanders and actor, Terrence J, were also spotted at the private mansion and were escorted by armed guards. After the incident, Kris Jenner simply said, “She will be okay,” to media publications when asked to comment on the robbery. 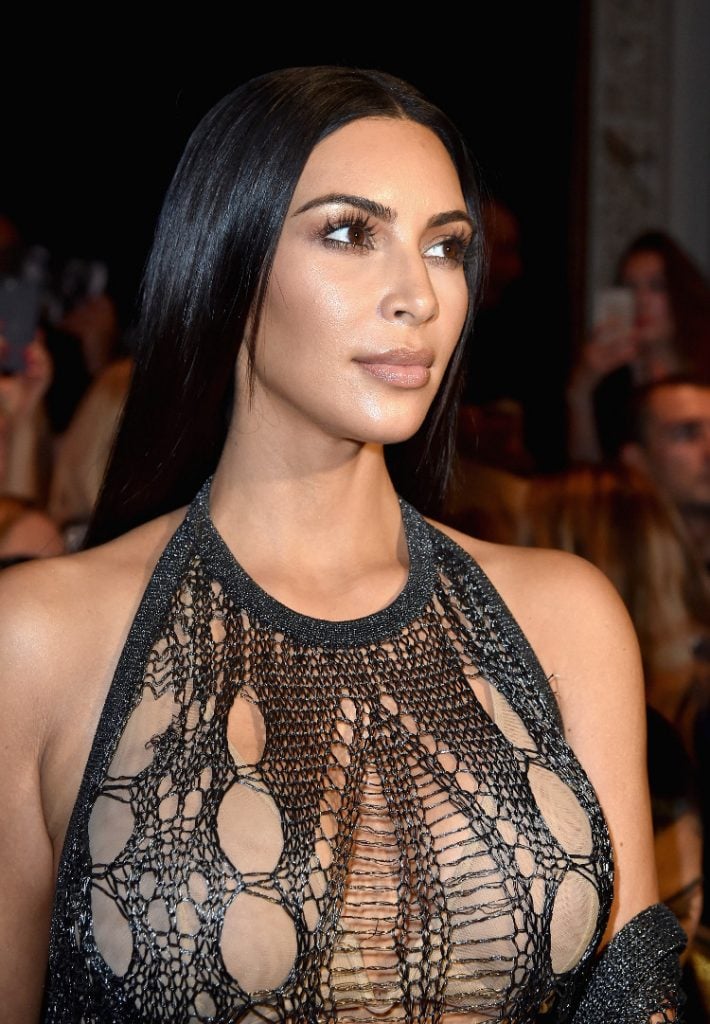 After reports of the attempted robbery spread like wildfire, many Twitter users posted about the traumatic incident, casting doubt on its veracity. Kardashian West, a frequent user of Snapchat, Twitter, and Instagram, did not respond to any of her fans’ posts, giving rise to malicious rumors. However, several celebrities like Piers Morgan came out in support of Kardashian West on Twitter and to set the record straight. Host of the TV show, The Late Late Show with James Corden and Carpool Karaoke, James Corden tweeted, “People making jokes about Kim Kardashian tonight would do well to remember that she’s a mother, a daughter, a wife, a friend. Be nice or shut up.” Supermodel Chrissy Teigen also admonished the Twitterati for being rude and insensitive.

Fame is interesting. Celebs are supposed to love you guys while also knowing you’d make a meme of our dead bodies to get retweets

Some shit just isn’t funny. I see you trying, but it isn’t.