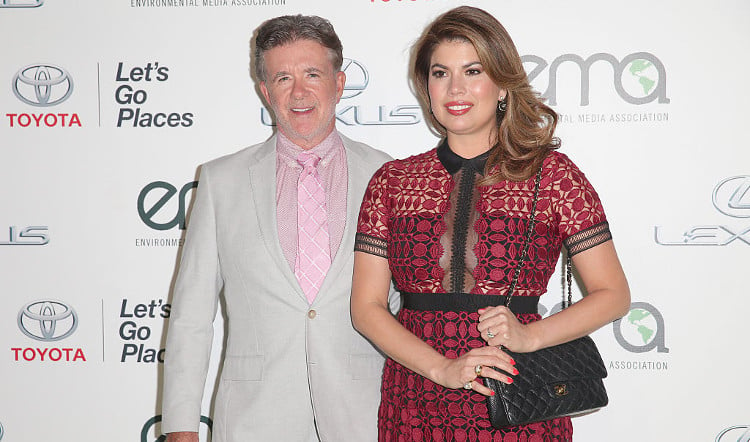 The shocking death of Alan Thicke was announced on Tuesday evening. The Growing Pains star passed away at age 69 while he was with his son, Carter Thicke. Thicke is survived by his three sons and wife, Tanya Callau.

Alan Thicke, best known as Jason Seaver on the hit ABC sitcom Growing Pains, tragically passed away on Tuesday (December 13) evening. The actor was 69 years old and was starring in the Netflix series, Fuller House. Alan Thicke is survived by his three sons, Brennan Thicke, Robin Thicke, and Carter William Thicke, and his wife, Tanya Callau. We’re sure you want to know more about her and her family, so we have Tanya Callau’s wiki.

She’s a Model and Actress

Callau worked as a model and actress when she first met Alan Thicke in Miami in 1999. She even had a guest appearance on Fuller House. Callau has had appearances on American Dad and Princess Diaries 2: Royal Engagement.

We also got to see Callau’s charisma as a reality star when she and Thicke starred in their reality show, Unusually Thicke. Alan Thicke’s famous son, Robin Thicke also appeared on the show.

Callau and Thicke had a Big Age Difference

Callau is 42 years old, 28 years younger than Alan Thicke.  Their age difference has caused the couple to encountered certain troubles in their relationship, including the matter of kids.

Thicke revealed in an interview that having children is a matter of contention between them, and that they had to consider their ages, and whether Thicke was ready to change diapers at the age of 70. On Unusually Thicke, Callau expressed her desire to have children with Thicke. The couple never had kids. Despite their age difference, the couple maintained a healthy married relationship.

Before Callau, Thicke was well-known as a ladies man. His son, Robin Thicke, has recounted that he’s seen his father with many beautiful women when he was a child. Thicke was also briefly engaged to actress, Kristy Swanson, when he was 42 and she was only 17.

His first marriage was to Gloria Loring. You may remember her as Liz Chandler on the daytime soap, Days of Our Lives. The couple were married from 1970 to 1984 and have two sons. Their eldest son, Brennan Thicke, was an established voice actor before giving it up in 1988. Their second son, Robin Thicke, is a well-known singer and songwriter. 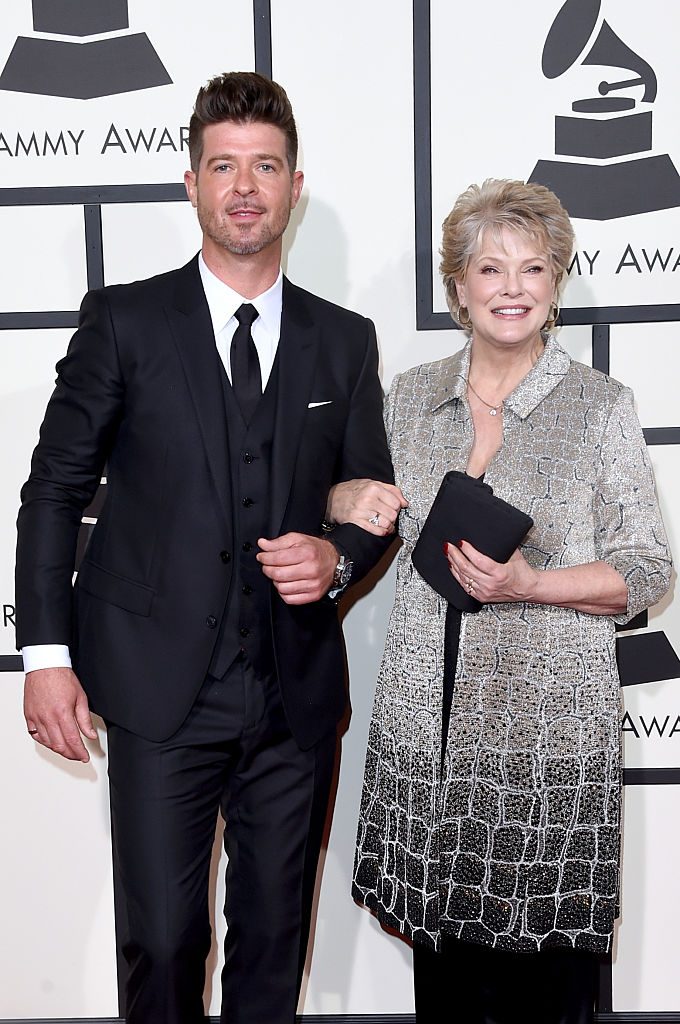 In August 1994, Alan Thicke married his second wife, Gina Tolleson. Tolleson was crowned Miss South Carolina, Miss America, and Miss World in 1990. The two are parents to Thicke’s youngest son, Carter William Thicke. The couple divorced in 1999, before Thicke and Callau met. Alan Thicke and Tanya Callau dated for years before marrying in 2005.

Callau has over 2000 followers on Twitter and more than 11,000 followers on Instagram. She is very active on her social media platforms, and regularly posts pictures of her family and her husband’s co-stars. Callau also uses social media for occasional activism, with posts about saving animals and her charitable ventures.

Please save mountain lion P-45!!! Wild life officials have given the ok to shoot ???? pic.twitter.com/jECASvQWYS

When news broke out about Thicke’s death, condolences poured in for Callau on social media. Even Thicke’s co-stars, Bob Saget and Candace Cameron Bure expressed their sadness on his death.

Her Mother Was Reportedly Charged with Murder

According to a report by the Toronto Sun, Alan Thicke’s mother-in-law had been charged with being an accomplice to murder. Ruth Miriam Callau was arrested in Bolivia on charges of hiring a man to kill her husband, Petrus Jacobus Gerardus Dekker.

Dekker was reported missing on March 28, 2013 and his body was found near their home 10 days later with four bullet wounds to the chest. A local man, Richard Terrazas, confessed that Tanya Callu’s mother had paid him $4000 to kill Dekker.

Thicke was playing hockey with his 19-year-old son Carter William Thicke when he suffered a massive heart attack. He was taken to Providence Saint Joseph Medical Center where he passed away. Thicke was tweeting about Fuller House mere hours before his death. The news was confirmed by a publicist working for the Thicke family. Our thoughts go out to Tanya Callau, and Thicke’s sons.

Thanks to Whistler Film Fest for the Icon Award. I promise to try and stay iconic. @whisfilmfest #whistlerfilmfest #Icon pic.twitter.com/m73ljZ9RdU