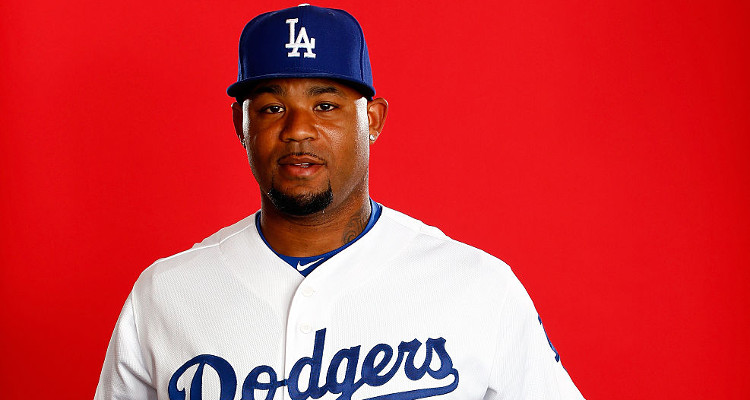 Carl Crawford is a former professional baseball player who played for various MLB teams, including the Boston Red Sox and Los Angeles Dodgers. He was the American League All Star for four years; in 2004, 2006, 2009, and 2010. Crawford and Evelyn Lozada have been engaged for almost four years now. If you want to know more about Evelyn Lozada’s partner, then keep reading.

Born Carl Demonte Crawford on August 5, 1981 in Houston, Texas, his age is 35. From a very young age, Crawford had a passion for baseball. He attended Jefferson Davis High School in Houston and was part of the Reviving Baseball Inner Cities program. Crawford’s cousin, J.P.Crawford, is also a baseball player, who currently plays for the Philadelphia Phillies.

Crawford was a letterman not just in baseball, but also in football and basketball. When he was younger, he and Michael Bourn were on the same little league team. Bourn went on to play for the Houston Astros, Cleveland Indians, and Atlanta Braves.

Crawford carved a career for himself in baseball in high school. To be seen by pro scouts while in his junior year, Crawford’s coach asked him to join Josh Beckett’s team. Soon after, Crawford joined the Pasadena Stars Select baseball team.

It was on this team that Crawford had his first real look at Major League Baseball scouts. His coach advised him to stop playing basketball in his senior year and concentrate on baseball instead. The decision was not easy, as Crawford’s hard work and determination earned him scholarships to play basketball at UCLA, as well as football at Tulsa, USC, Nebraska, Florida, and Oklahoma. Initially, Crawford signed a letter of intent to play football for Nebraska. However, he decided to pursue a career in baseball.

In 2013, Crawford started dating reality star, Evelyn Lozada. In December 2013, the pair announced their engagement and welcomed their first child together, Carl Leo Crawford, the following year. Crawford also has two kids from a previous relationship.

Evelyn Lozada is a television personality, spokesperson, and model. She is on the reality show, Basketball Wives and runs her own website, where she writes blogs about motherhood, lifestyle, fitness, fashion, and beauty. Lozada’s net worth is estimated to be $3.0 million, from her reality TV career and clothing line.

Report: OF Carl Crawford might be ready to call it quits #CarlCrawford #Crawford #MLB #Baseball #MLBThreads

As a former baseball star who played for the Los Angeles Dodgers, Carl Crawford’s net worth is estimated to be $65.0 million, and his annual salary is approximately $20.5 million.

He was drafted in the second round by the Tampa Bay Devil Rays during the 1999 Major League Baseball draft. In 2002, Crawford played his first Major League game for the Devil Rays. He stayed with the team until 2010, and in 2011, he signed a contract with the Boston Red Sox. The next year, he was traded to the Los Angeles Dodgers as an outfielder who would bat with his left hand. His accomplishments include being named All-Star four times, as well as being a four-time American League Stolen Base Champion. On June 13, 2016, Crawford was released by the Dodgers, and in early 2017, sources claimed that he would retire. However, no official statement has been made by Crawford.