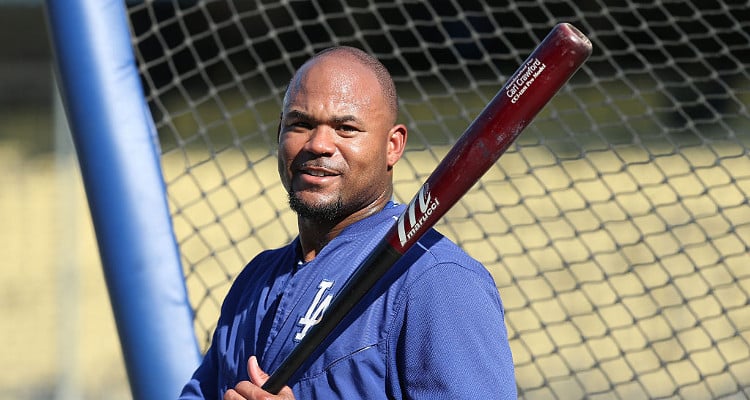 Evelyn Lozada is famous thanks to Basketball Wives and is at the heart of a few more reality shows. She’s happily engaged to her new beau, but she went through an ugly divorce before that. Keep reading for the details!

Evelyn Lozada is going to meet her old friend-turned-foe, Jennifer Williams on the next episode of Basketball Wives. The two had a falling out when Williams spoke ill about Lozada’s then-husband, Chad Johnson. While the ladies are teasing something big, Evelyn Lozada’s ex-husband has nothing to weigh in on, which is weird. After all, Evelyn Lozada and Chad Johnson had a pretty dramatic split. Find out about it in our Chad Johnson wiki.

Miami-born Johnson wasn’t playing football from the get go. He went without the sport to high school and Langston University. He later transferred to Santa Monica College, where he played wide receiver for their football team. His skills caught the attention of coach Dennis Erikson. After being aggressively recruited by Erikson, Johnson transferred to Oregon State, where he majored in physical education.

He was the 36th overall pick of the 2001 NFL draft by the Cincinnati Bengals. Though he was exceptional on the field, his great play was often overshadowed by his diva-like behavior. Johnson is famous for his ego, getting into arguments during games, and other tantrums.

Bengals traded Johnson to the New England Patriots in 2011. Though he was a good player, his bold personality was disruptive to the team’s dynamic. So, he never spent more than a year or two with various teams. He went from the Patriots to the Miami Dolphins, to the Montreal Alouettes, and then to the Monterrey Fundidores.

Spokespeople could sugarcoat it, but it was Johnson’s tendency to get into trouble that led to him bouncing around from team to team. He has a net worth of $5.0 million, comparable to Lozada’s wealth of $3.0 million. However, he’s had to pay a lot of fines during his career. From tweeting in the middle of a game, to celebrating with a sombrero, he’s been fined a total of $115,000 in his career. Yikes!

#3. He Changed His Name Too Many Times

In honor of Hispanic Heritage Month in 2006, Johnson had legally changed his name to Chad Ochocinco, which translates to “eight five”—his jersey number— in Spanish. He wore the new name on the field, did a silly stunt with quarterback, Carson Palmer, and earned himself a fine.

He added Javon as his middle name and the Bengals let him keep the new name on his jersey. He later announced that he was changing his name to Hachigo, which is “eight five” in Japanese. However, he never legally changed it. After some back and forth between Johnson and Ochocinco, he changed his name back to Johnson when he joined Miami.

The 39-year-old has four children—daugthers Jicyra Johnson, Chade Johnson, Cha’iel Johnson, and son Chad Johnson II— from previous relationships. He had a tumultuous relationship with the mothers of his children, having been dragged to court for failing to make child support payments. But he seems to have a good relationship with his kids. His daughter Cha’iel is a track star and he donated to the girls track team in celebration of her 800m record.

But he’s still unlucky in relationships. He was engaged to Evelyn Lozada in 2010, during which she had a falling out with Williams. They got married in July 2012 in St. Martin. But only 41 days after their wedding, trouble came knocking.

Johnson was arrested on charges of domestic battery, after he allegedly headbutted Lozada! That did it for their short marriage and she filed for divorce saying that their relationship was “irretrievably broken.” Johnson apologized and wished her luck, while she hoped he’d get the help he needed. With their divorce, the couple’s reality show, Ev and Ocho, never aired.

The teacher and the student @chadjohnsonjrrr ®