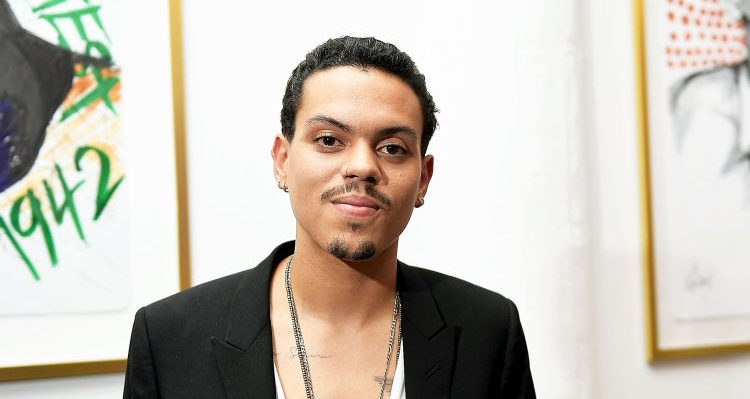 He looked so good at the American Music Awards last night that fans everywhere can’t stop buzzing about about Ashlee Simpson’s husband, Evan Ross and their adorable family! So, who is Evan Ross? We’ve got all you need to know about the beautiful couple and more about Ashley Simpson and Evan Ross’ kids, right here in our Evan Ross wiki!

Teens of the mid-2000s will remember Ashlee Simpson’s alternative pop songs “Pieces of Me,” “La La,” “Boyfriend,” and “L.O.V.E.” The singer may have left the mainstream eye in the late 2000s, but she continued to have a busy life with a family of her own.

Simpson, 33, has two children. Her first child and son, Bronx Mowgli Wentz, is from her former marriage to Fall Out Boy guitarist, Pete Wentz (2008-2011). She also has a daughter together with Ross named Jagger Snow Ross, who was dressed like an adorable princess at the AMAs.

LOVE MY BEAUTIFUL FAMILY. We had the best night celebrating MY MOM @dianaross . The best of all time!!!! Styled by @nataliesaidi

The family stepped out on the red carpet at the 2017 award show, which was held at the Microsoft Theater on Sunday in Los Angeles. They attended the event in support of Diana Ross, Evan’s mother, who was honored with the Lifetime Achievement Award.

Evan Ross, age 29, tied the knot with Simpson in 2014, and the couple had their first child together in December that year. He welcomed stepson Bronx into their family, and they all stepped out at the AMAs together last night, getting a lot of attention for their stunning outfits.

Simpson looked radiant with her platinum blonde hair slicked down as she elegantly held Jagger in her arm. She wore a sparkling Phoenix-like dress, matching her son who wore a velvet red dress suit. And her husband was dressed all in black with gold details on his blazer, and wore necklaces and shiny shoes. This family deserves more gold than they were decked out in for their matching outfits!

The family got even more attention as Diana and Tracee Ellis Ross joined in for photographs.

Evan Ross’ father is Arne Naess, Jr., and his mother is the legendary Diana Ross. He was born in Greenwich, Connecticut, but currently lives in Los Angeles.

He’s not yet 30, but Ross’ net worth is a whopping $20.0 million as of 2013. Some of it may have been contributed by his famous performer of a mother, but he also works as an actor and starred in films such as Pride and ATL.

Ross made his debut as Ricky Bender in the 1999 TV movie, Shelly Fisher. He also played Messalla in The Hunger Games and had a role in the TV series, Wicked City.

When your hair just looks to GOOD ! on the SET of #staronfox #star

Aside from his career as an actor, Ross also recorded R&B and pop songs for his debut album in 2007.

In 2011, Evan Ross released his single, “Yes Me,” which was produced by Tony DeNiro, and he released another song in 2015 entitled “How to Live Alone,” featuring T.I.