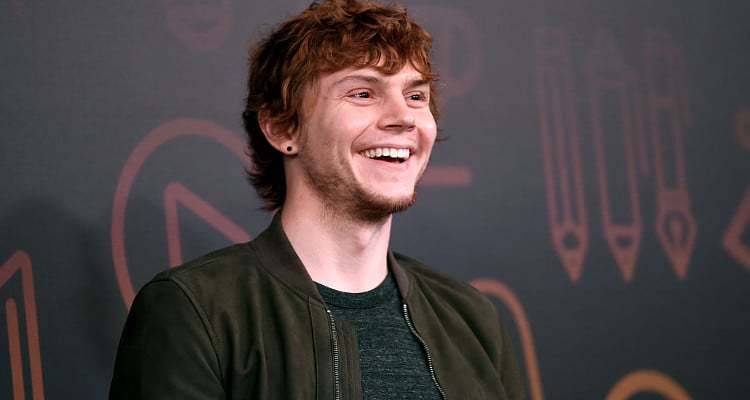 Evan Peters is a 29-year-old actor, famous for his roles in American Horror Story, Kick-Ass, and the X-Men franchise. Let’s see what he’s up to in 2017!

The last time we saw Evan Peters, he was playing the super-speedy mutant, Quicksilver in the 2016 box office hit, X-Men: Apocalypse. The actor is also a regular headline-maker thanks to his on-again-off-again relationship with Scream Queen star, Emma Roberts. The couple is reportedly back together for the third…or fourth time…but who’s counting? What matters is that, relationship issues aside, Evan Peters will make splashes in 2017. The 29-year-old’s breakout television role was as Tate Langdon on the first season of American Horror Story. Peters has appeared in every subsequent season of the TV series. In 2017, we’ll see Peters in his new AHS role, as well as some other projects. Here are Evan Peters’ upcoming TV shows and movies of 2017.

In October 2016, AHS was renewed for a seventh season. Evan Peters was in AHS: Roanoke as both Rory Monahan (a young actor looking for his big break) and Edward Phillipe Mott (his big acting break). While the next season’s theme hasn’t been announced, Peters and Sarah Paulson, another AHS regular, are confirmed to return.

As always, AHS producers are being secretive about the new season’s plot. Speculation is that the subject, characters, and plot will be kept a secret until the season premiere, as they did with season 6. However, producers Ryan Murphy and Brad Falchuk have hinted that the new season will be connected to season 4, Freak Show.

Nevertheless, fans are excited to know that Peters and Paulson are back on AHS, as they have been a part of the show from the very beginning. On January 12, 2017, AHS was also picked for seasons 8 and 9. So, Evan Peters and Sarah Paulson might have two additional seasons to film! The premiere date and further news on AHS season 7 have yet to be announced.

Peters had a very busy 2016. Besides his whirlwind romance with Emma Roberts, he was busy with AHS season 6, and a couple of other movies. He played Dwight Chapin in the comedy Elvis and Nixon, but the character that got fans wild was Peter Maximoff/ Quicksilver on X-Men: Apocalypse. Peters played the impossibly speedy mutant in X-Men: Days of Future Past (2014).

There’s no word on whether Peters will reprise the role of Quicksilver in future X-Men films, but we will still get to see Peters on the big screen soon. The Kick-Ass actor will be seen in the movie Dabka, a film adaptation of the book The Pirates of Somalia: Inside Their Hidden World. The book is written by Jay Bahadur, a journalist famous for reporting on piracy in Somalia. The film is still in post-production, and a release date has not been announced.