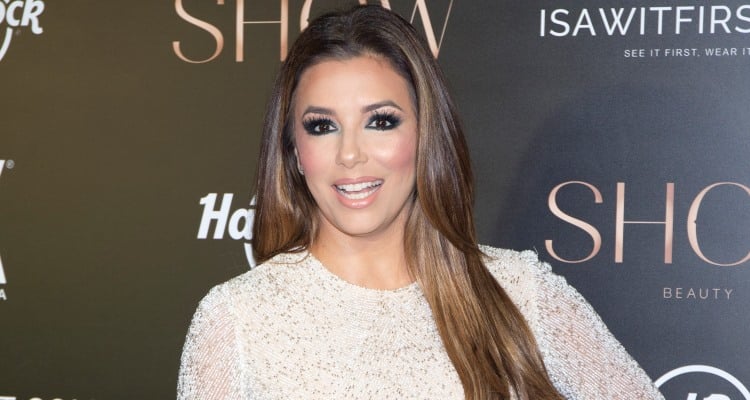 Eva Longoria has been keeping busy this summer and it’s about time we caught up with the fashion icon and Desperate Housewives alum! From Eva Longoria’s husband to Eva Longoria’s net worth, we have everything you need to know, thanks to our Eva Longoria wiki.

Who is Eva Longoria?

Eva Longoria’s age is 42, but she doesn’t look it—ever! Eva Jacqueline Longoria was born on March 15, 1975, in Corpus Christi, Texas. She started out as a beauty pageant contestant in her earlier years, which she won in 1998. She then appeared regularly on The Young and the Restless, which was her break out role into entertainment. She grew up on a ranch and later earned her B.A. in kinesiology at Texas A&M, Kingsville, while she was in college plays.

Back in 2004, Longoria’s most famous role began when she starred as Gabrielle Solis in ABC’s hit show, Desperate Housewives. Her character was seductive, young (in reality, Longoria was the youngest of the housewives), funny, and having an affair with the gardener. Gabrielle was the comic relief that the show relied on, and despite being wealthy, she had a dark past, but eventually humbled herself and even repaired her marriage with her controlling husband, Carlos. It won her several awards and recognition and to this day, is still considered her most famous role after the show’s eight-season run. She is now the face of her NBC comedy, Telenovela and she executive produced the Lifetime show, Devious Maids, in which she made a cameo near the show’s end before it was canceled. She was paid $400,000 an episode on Desperate Housewives and her net worth is estimated at $35.0 million.

According to Biography, “Longoria was married to actor Tyler Christopher from 2002 to 2004 and to basketball star Tony Parker from 2004 to 2010.”

#TBT Me and my Jinxy!

The third time seemed to be the charm for the actress, who married businessman Jose Antonio Baston (after three years) on May 22, 2016, in Valle de Bravo, Mexico. For Eva Longoria, kids aren’t in the cards right now and she’s very happy with her husband. Baston also motivates Longoria and they stay active together.

“He loves it,” she said in an issue of Health Magazine. “He’s like, ‘We gotta do it.’ And I’m like, ‘I knoooow.’ We motivate each other. My motivation is also the glass of wine at the end of the day. I’m like, ‘Eva, if you want that glass of wine, this is what we’re gonna have to do.'”

She continued: “My husband and I went vegan for a while, and we liked it. It’s easy to do in big cities. L.A. is Vegan-ville. I live in Mexico City, and I was like, ‘Oh God, this is gonna be hard in Mexico—land of the tacos.’ But we’ve found great meatless, soy, and plant-based products that mimic that stuff, and it’s pure vegan.” She continued: “We’ve kind of carried it through, except we’ve added eggs back in. And every once in a while we’ll eat fish now. But we haven’t eaten red meat or chicken since January.”

Fans of the Telenovela star can keep up with Longoria on her personal Instagram account and catch up her latest adventures there. From Serena Williams‘ ’50s-themed baby shower to her latest talk show appearances, Longoria is an open book.