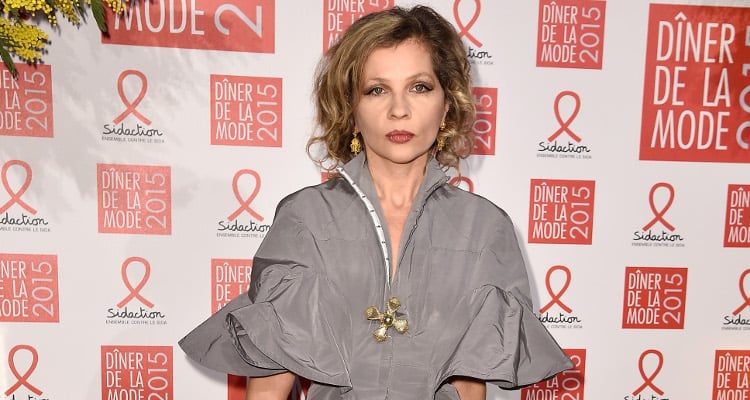 If you have seen the dreary mother-daughter relationship in the critically-acclaimed 2010 movie, My Little Princess, you’d know that Eva Ionesco had a dark childhood. The actress got her start as a controversial child model in the ‘70s.

Hugh Hefner passed away on September 27, but skeletons continue to spill out of the Playboy Mansion‘s closet. The man who was glorified as a sexual liberator stirred controversy when he allowed nude photos of Eva Ionesco to be published in Playboy magazine. Back then, Ionesco was only 11.

In recent years, Ionesco has displayed how those nude pictures impacted her childhood. Here’s how Eva Ionesco became the youngest and most controversial Playboy model of all time.

Not only did Irina Ionesco take nude photographs of her daughter, but the famous nude photographer, Jacques Bourboulon also took pictures of 10-year-old Eva Ionesco in the nude. And at 11 years of age, Ionesco became the youngest model to ever pose nude for Playboy magazine.

She was featured in the October 1976 issue of the magazine’s Italian edition in a set of photos by Bourboulon. Her mother shot another set of nude pictorials which appeared in the Spanish edition of Penthouse in November 1978.

The same year she was featured in Playboy, Eva Ionesco made her film debut in Roman Polanski’s, The Tenant. She went on to act in several French movies and earned fame as an actress. Ionesco added directing and screenwriting to her credits with movies like My Little Princess. This critically-acclaimed film starring Isabelle Huppert was inspired by her estranged relationship with her own mother.

Irina Ionesco’s dysfunctional relationship with her daughter led her to lose custody of her children. So, Eva Ionesco was raised by the parents of celebrated footwear designer, Christian Louboutin.

Ionesco is now 52 years old and is married to Simon Liberati, a French journalist. Throughout the years, she has battled her mother in the courts for “emotional distress” as a result of her “stolen childhood.” She sued her mother for taking pornographic pictures of her as a child. And in 1998, French authorities confiscated hundreds of photographs of a nude Ionesco in sexually suggestive images from her mother’s apartment.

The court ordered 87-year-old Ionesco to pay her daughter €10,000 in damages and hand over negatives of the images. However, the court denied Eva Ionesco’s demand for €200,000 euros in compensation and banning her mother from profiting from her photographs.

Irina Ionesco’s lawyer argued that the ‘70s were more permissive and pinned the younger Ionesco’s hatred towards his client as the motive behind the lawsuit. But Eva Ionesco strongly disagrees. Her provocative pictures were as scandalizing back then just as they are today, especially after the recent death of Hugh Hefner. Furthermore, the Twitterverse is not comfortable with glorifying the Playboy mogul for publishing nude photographs of a child.

The movie Pretty Baby, based on a character named Violet, was portrayed by a young Brooke Shields on Eva Ionesco. Ironically, Brooke Shields was also a 10-year-old child model whose mother signed her on to be photographed for a nude photospread in the Playboy Press publication, Sugar and Spice.

Eva Ionesco: the girl who was sexualised by Playboy at the age of 11. stop glorifying hugh hefner. stop mourning his death. pic.twitter.com/BEJHSXly4A