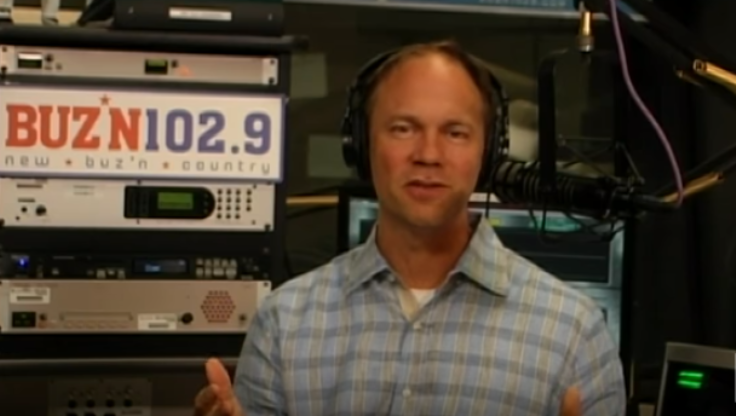 It’s been a little over a week since Paul Koffy’s wife’s death and the radio host recently paid tribute to his late wife with a TV interview. Who was Ev Jacobson and how did she die? Keep reading if you want to know more about Paul Koffy’s wife.

According to her obituary, “She is survived by her husband, Paul, daughter, Kerri (Dustin) Haba of Irving, TX; son, Jon (Angela) Marek of Ennis, TX; her father, Raymond Figueroa of Lancaster, TX; mother, Helen Barron of Duncanville, TX; brothers, Raymond (Lisa) Figueroa of Ennis, TX and Roy (Rachel) Figueroa of Lancaster, TX; sisters, Laura Vavra of Ennis, TX; Carolyn Bell of Ennis TX and Pam Bell of TX; her granddaughter, Raylee Marek and another grandchild due in April. She is also survived by several nieces, nephews, cousins and many friends.”

She live in Shafer, Minnesota, where she worked as a bee farmer. She died on January 7, at 53 years old, after a long battle with cancer.

Paul Koffy of 102.9 (also known as BUZ’N) referred to his wife as “Ev” or “Evie” and on her bee farming website, he wrote: “Ev is an amazing woman, wife, mother, GiGi (grandmother), 2 time gastric cancer survivor, and a do it all in the fast paced corporate world “wonder woman”.  She and her hubby started with a few stands of bees and wow how things have grown! Soon on Facebook and around town people just started calling her The Bee Lady, so we Trademarked it and started selling equipment. We are proud to offer a full line of beekeeping equipment at a fantastic price!”

In another blog post, Koffy wrote about the day he had with his wife while beekeeping, in February 2015.

“Today we had some fun. Evie has decided that I have apparently killed too many bees in the last couple years. Admittedly my wintering skills are horrible. We headed out to the yard today to see how there are coming along. It’s mid-February 70 degrees with a winter storm warning about to lay into North Texas. Of the hives that have made it this far, they are eating up the pollen patties nicely and have a nice brood pattern going.”

Jacobson’s Instagram is the place to go if you want to see more pictures of how she lived her life. She had a modest following of 546 people and her posts were mainly about bee keeping, her family and her battle with cancer.

While talking to WCCO 4 News in Minnesota on Tuesday, Koffy was interviewed on TV, honoring his wife’s memory. In the interview, he said, “She was such an amazing example in my own life on how to love, how to serve, how to be happy. And our entire family is so overwhelmed with the response that we received on social media and it’s been amazing to see how many people she touched, Just amazing.”

Lunch with the Granddoll! #lunch

The radio host thanked viewers for their prayers and also asked for anyone to send tips on the grieving process.