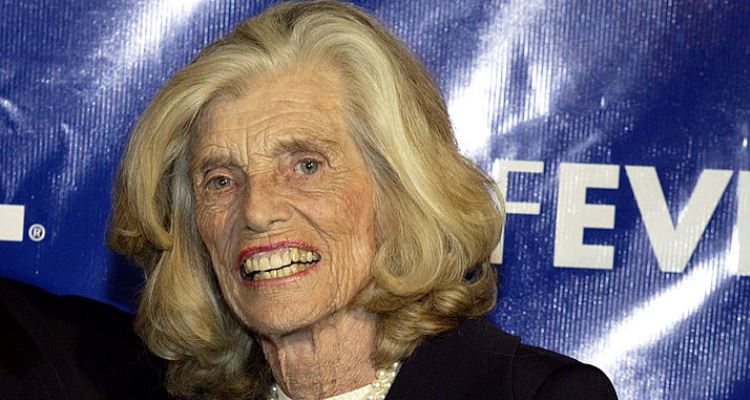 For the 2017 ESPY Awards, former First Lady Michelle Obama was chosen to help posthumously honor the Special Olympics founder, Eunice Kennedy Shriver. Tonight, at the ESPY Awards, Shriver is being held in honor for her work to bring inclusion and acceptance, and to empower those with intellectual disabilities through sports. If you want to learn more about her, check out our Eunice Kennedy Shriver wiki!

Mrs. Obama said in a statement that Shriver’s work has changed the lives of countless young athletes. “Eunice Kennedy Shriver was a passionate champion for those with developmental challenges, empowering them to fulfill their highest potential,” she said in a statement. “Her work to promote inclusion and acceptance transformed the lives of countless young athletes and inspired us all. I am incredibly honored to present this award to her son to celebrate her life’s work.” Mrs. Obama will give the award to Shriver’s son Timothy, who now stands as chair of the Special Olympics, which his mother founded in the late 1960s. Although Shriver died in 2009, her work with the Special Olympics has made her a timeless legend and hero.

Eunice Kennedy Shriver was awarded the Arthur Ashe Courage Award, an honor given each year to someone who embodies a spirit, like the one of tennis legend and longtime human rights campaigner, Arthur Ashe. She was born on July 10, 1921 in Brookline, Massachusetts as one of nine children. Her parents, Rose and Joseph Kennedy, were wealthy and politically powerful. She is the sister of John F. Kennedy, former U.S. President. Two of her other brothers were also U.S. senators, Robert F. and Edward M. Kennedy. It seemed that her entire family were meant to thrive and be successful, except for her sister, Rosemary, who was born with a mild intellectual disability. After constant battles with brain surgery and her intensifying condition, it became evident that Eunice developed a vision of helping mentally challenged people and their families.

Eunice Kennedy Shriver’s husband, Sargent Shriver, served as the U.S. Ambassador to France from 1968 to 1970. The couple had five children together: Robert, Maria, Timothy, Mark, and Anthony.

I love seeing Emily grow. Here she is doing the high jump at the 1987 special Olympics in San Diego, California.. I love cheering all these kids on, and seeing their progress over the years.

A Vision that Changed the World

In the late 1950s and early 1960s, Shriver did not see justice being done in the way that people with intellectual disabilities were treated. She saw how they were excluded, and often placed in custodial institutions, ignored and neglected. Because of what she saw in her own sister, she knew each individual had their own talents and gifts to offer, and she wanted to find a way for them to unite with people from all walks of life. Since sports connected her with her sister, she began to see that it could be just the common ground she was looking for. After founding the International Special Olympic Games, millions of athletes were able to compete in sports like track and field, hockey, and aquatic events. Every competitor in the Special Olympic was already a winner, simply because they entered the competition. One of Eunice Kennedy Shriver’s quotes that is still recited toady is, “Let me win. But if I cannot win, let me be brave in the attempt.” That quote is also the oath taken by athletes in the special Olympics.

After a world-changing run with the Special Olympics, Shriver died in 2009 at the age of 88 surrounded by her relatives at a Hyannis hospital. Eunice Kennedy Shriver’s funeral was held at an invitation-only Requiem Mass on August 14, 2009 at St. Francis Xavier Roman Catholic Church in Hyannis. Though she’s long passed, this legendary woman will remain a constant inspiration to people everywhere. Watch Michelle Obama tonight at the 2017 ESPYs, as she has the honor of presenting this late hero with such a prestigious award.