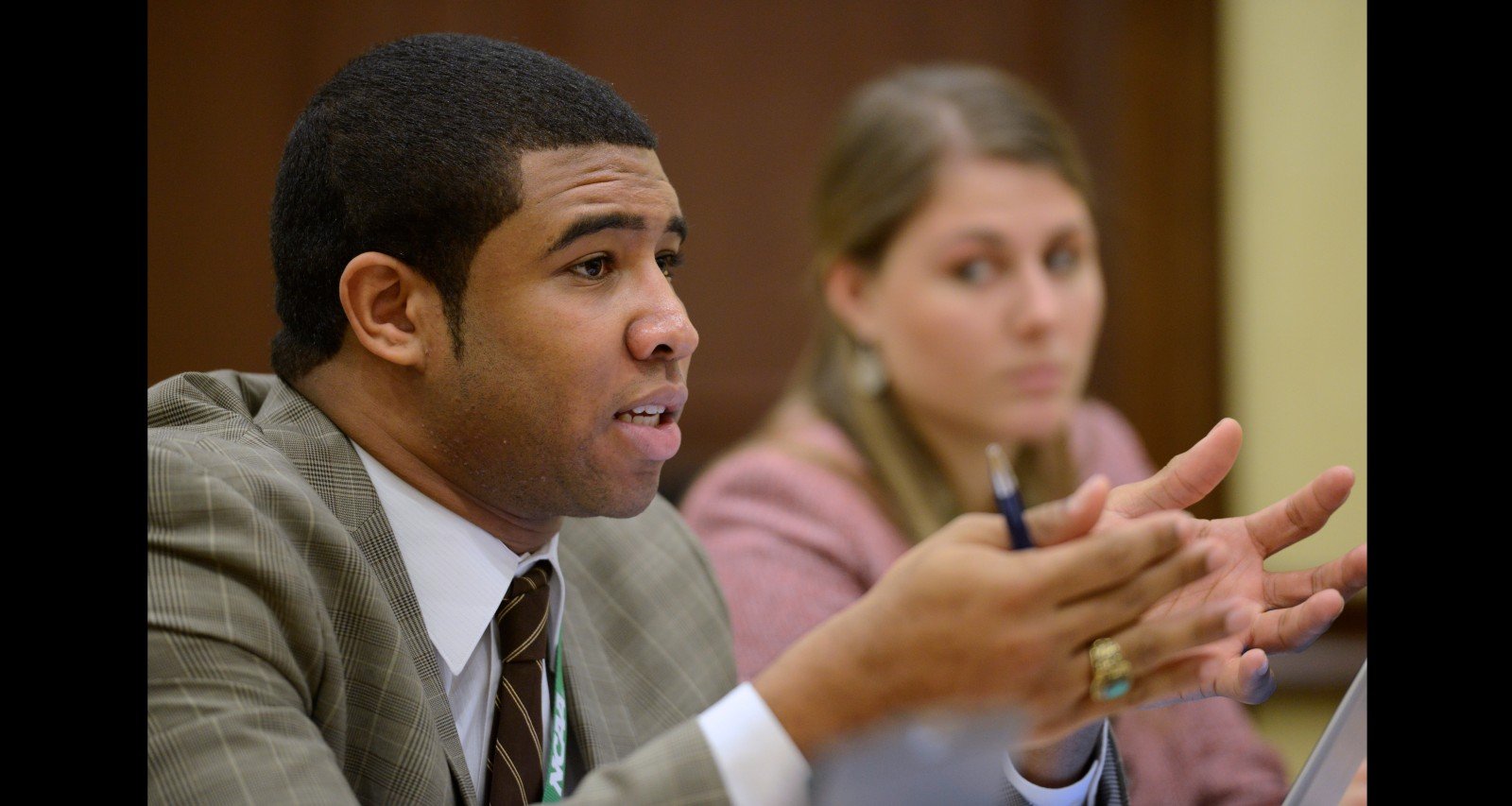 Eugene Daniels is not your run-of-the-mill political pundit. The Politico correspondent and MSNBC contributor is an openly gay political journalist in the nation’s capital. It’s Daniels’ insight in publications and on broadcast panels that gains attention. Many who follow him on social media also get glimpses into his personal life that he’s usually low-key about. His followers are always keen to know more about who Eugene Daniels’ family and partner are. They especially want to know about his parents and fiancé’s backgrounds. We reveal more about Daniels’ loved ones here.

Eugene II grew up alongside his sisters, Jade Daniels and Maya Daniels. Both are often seen on his Instagram.

Eugene also shares a lot about his grandparents, including when they met President Jimmy Carter decades ago. He has a lot of admiration for his grandmothers, Katie Daniels and Ruby Brown. Katie, who passed away in 2012, was the one who inspired Eugene to pursue political journalism.

Eugene Daniels is an openly gay reporter based in Washington, D.C. He is a far and refreshing cry from the conventional image of a political pundit in the capital.

Daniels has been in a relationship with South Dakota native Nate Stephens for many years. They announced their engagement in June 2021.

Stephens is a graduate of Carlton College and the Monterey Institute of International Studies. He’s had management jobs in the past, but in recent years has worked as a facilitation coach helping businesses and organizations. He advises entities on implementing democratic and social changes and aiding community development.

Stephens is also passionate and vocal about social justice. He’s a big supporter of his fiancé’s work, and also takes on Twitter trolls when they attack Daniels.