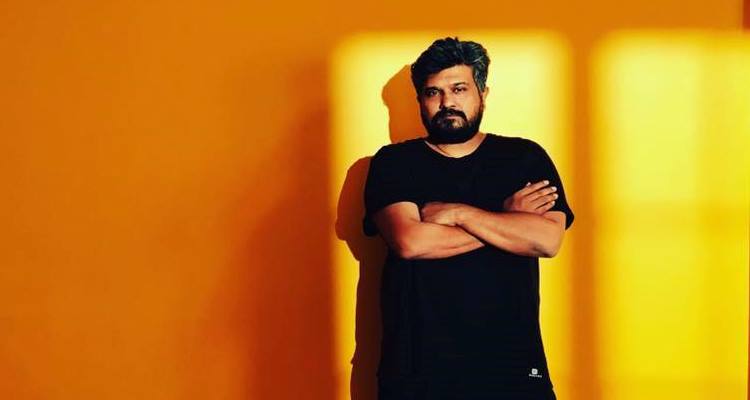 Known for his 2012 film, Peddlers, Vasan Bala brought his new Bollywood-infused action film to the big screen during the Toronto International Film Festival 2018! The carefully choreographed slow-motion action scenes are enough to make any moviegoer want to see this film. And by showcasing it on an international platform like TIFF, The Man Who Feels No Pain could potentially be the next international Kick-Ass style hit!

We got to sit down with director Vasan Bala to get the exclusive scoop on his action-packed Indian flick, The Man Who Feels No Pain. His directorial talents have been seen in previous Indian films like Peddlers (2012), Raman Raghav 2.0 (2016) and The Lunchbox (2013).

But it’s his comedic take and organic realism that he brings to the screen in The Man Who Feels No Pain that is likely what will set this exciting film apart from the rest! It was definitely one to check out if you were at the Toronto International Film Festival, which will took place from September 6 to 16, 2018.

Check out our exclusive interview with Vasan Bala below!

Q: You’ve mentioned previously that you grew up watching martial arts movies in India in the ‘80s and ‘90s. How much of that has influenced you as a filmmaker?

A: Karate was everything in the ‘80s and ‘90s in India. In fact, in the south local goons called themselves Karate ‘Suresh’ or ‘Karate John.’ They would add ‘Karate’ to their names as a medal of honor.

In fact, an action director of the ‘80s called himself ‘Karate Mani’ because he was a huge name from the ‘80s action scene. Also, growing up, I didn’t find Wu Shu or Tai Chi or Wing Chun. It was Karate or Judo and I took Karate. So, Karate is a big influence on me.

There was a film called Karate starring Mithun Chakraborty, and Bappi Lahiri also composed a song called “Karate” for that film. So, Karate is definitely a more emotional memory of martial arts than any other form or discipline for me.

Q: One of the central themes in your films seems to be the notion of vigilantism and having a protagonist that has this altruistic second nature to help people in need. Do you feel like this is an ongoing issue in the world or in India in particular? If that’s the case, why did you choose to portray it as a comedy instead of a drama?

A: We wouldn’t call Charlie Chaplin films as just comedy, or Buster Keaton films as just one thing. The overriding memory of it could be comical, but I believe films can’t be just comedy or drama in isolation.

Films like Fargo or Memories of Murder have huge doses of comedy in them, but they are not comic films or drama films as such. They are a filmmaker’s expression in totality, which could have any shade; it could be a story about a bomb and be called Dr. Strangelove. So, in that case, I really don’t see it as an “either/or” situation.

Just because a topic is seen as a serious one the way it is covered in journalism or conventional news delivering media, a filmmaker need not stick to the monotone of the source material. Also, this is again just the trailer we are reacting to for now.

Q: What was the inspiration behind the character of Surya and why was it important for him to have congenital insensitivity to pain? Do you think that if he were able to feel physical pain that it would somehow lessen his ability or motivation to help others? Does his inability to feel pain also somehow extend to his emotional state, as well?

A: I had seen some documentaries on the condition and it stayed with me. Also, his condition has nothing to do with his motivation to catch muggers. They are two separate things, that should be clear once the film is out.

On the condition being explored to examine other things and perspectives of the character, that we can surely judge and debate once the film is out. It would be a little too pompous at my end to put words out there and state what I have done and not done in the film as of yet. It’s for people to watch and have opinions on that when they watch it, I feel.

Q: Does gender ever factor into the types of heroes you want to create and portray on screen, whether they’re simple or more complex?

A: That should be a relevant question to explore for every filmmaker, and every filmmaker should try and be honest in every context of the story one is trying to say. Whether it be female or male filmmakers.

Simplicity and complexity should not come by design or as a gimmick, it should come as an honest expression. It has to be a reflection of the universe, of the characters, and their attempts to survive in it.

The survival and its conquests would lead to the unraveling of the personalities. As long as one is not bowing down to design and being loyal to the story and the world, it should be a noteworthy reflection of the thought one has.

Q: As a filmmaker, why is it important for you to use certain visual effects and comedic nuances to get a point across? For instance, in the trailer for The Man Who Feels No Pain, not only does Surya completely break down the fourth wall by directly addressing the audience, but we also see him endure a lot of physical trauma as he’s in the process of explaining his condition and his mission. Why did you choose to do it that way?

A: I believe it’s not the conscious design but the organic pull to reveal a story in a particular way. The expression as I mentioned above has to be driven by a subconscious need and not tangible design to reach out or seek attention.

The importance of the expression again stems from what one is trying to express. You won’t find any of it in Peddlers (2012). The organic pull to portray that story was something else, and it reflected in the way it came out.

Q: Some people have compared this movie to Kick-Ass because of the whole idea that this character is trying to eliminate street harassment and muggings in his city by rescuing and avenging victims of such crimes. Would you say that’s a fairly accurate or fair assertion? Why or why not?

A: In fact, the roots go back to the absurdities of the ‘80s and the ‘90s. Films like Shiva Ka Insaaf and Vijaypath, and even films like Andha Kanoon or Shahenshah.

Vijaypath has a young kid take an oath that until he finds his nemesis, he won’t remove his sunglasses. I mean that kid wore those sunglasses for 20 years. Seriously! I am not making this up!

On a more personal and non-film related note, in the area where I grew up, chain snatchings and muggings were rampant. My mother was a victim, too. I really can never forget that day when she came home all shaken. A couple of men had forcefully snatched her gold necklace.

I felt helpless and almost useless. I wanted to tell my mom, don’t worry I’ll find those guys and get it back for you. But I did nothing, I was 14 I think.

We registered the mandatory police complaint and forgot all about it, as most middle-class families did.

But yes, Kick-Ass and Deadpool is when and where cinema started for most on Twitter now. Everything vigilante and fourth wall-breaking is just that.

Woody Allen constantly broke the fourth wall in so many of his films. A lot of indie films like James Gunn’s Super have done that with middle class/working class vigilantism, too.

Q: What’s your creative process like? Do you need to know exactly how the story ends in order to start making the movie or is it okay to just have a general idea and go with the flow of things?

A: I find the articulation of the creative process so difficult. It’s suffering, it’s sadistic, and I think most writers keep putting themselves through the pain (immaterial of the genre) and somehow manage to survive and bring a tangible end to the process.

Making the film, writing the book, or whatever it is, it never ends, you never know it all, you will never finish it. But it has to end because it is not just to be consumed and experienced by the creator alone. I think that’s the only reason that process ends.

Coming to the process, I think it does not have one process, it’s a very selfish “whatever works” process. Whatever makes progress in thought. Whatever takes the idea ahead. Sometimes knowledge, sometimes ignorance.

Q: What was the casting and production process like for this film? When did you know that you’d found the right actors for each role?

A: It went on for a long time. Close to a year. I think it was instinct and destiny. Instinct to be applied for that talent that was available to be explored and destiny that Radhika and Abhimanyu applied.

Q: Before you became a filmmaker, you also had a career in software communications and banking. Did your personal experience in taking risks with your career path in any way influence the development of this character?

A: I think that’s a definite yes. The need to breakout, to be an escapist and to not face the “real” world as it was being presented to me, all that went into it, I believe.

Q: There seems to be an almost traditional Bollywood-style choreography to the way the trailer plays out. Is that something that is prevalent throughout the film? If so, how significant is fast camera movement and catchy soundtrack to moving the story line forward?

A: If you see, the camera is actually not moving fast at all anywhere! It’s the vibe and the music definitely. Sounds were definitely a great motivator in trying to tell this story.

The vibe was as important as the story and the characters. It all has to blend and come in unison. The music is an inseparable part of the narrative for this film.

If you haven’t yet seen the hilarious and exciting trailer for The Man Who Feels No Pain, check it out below!