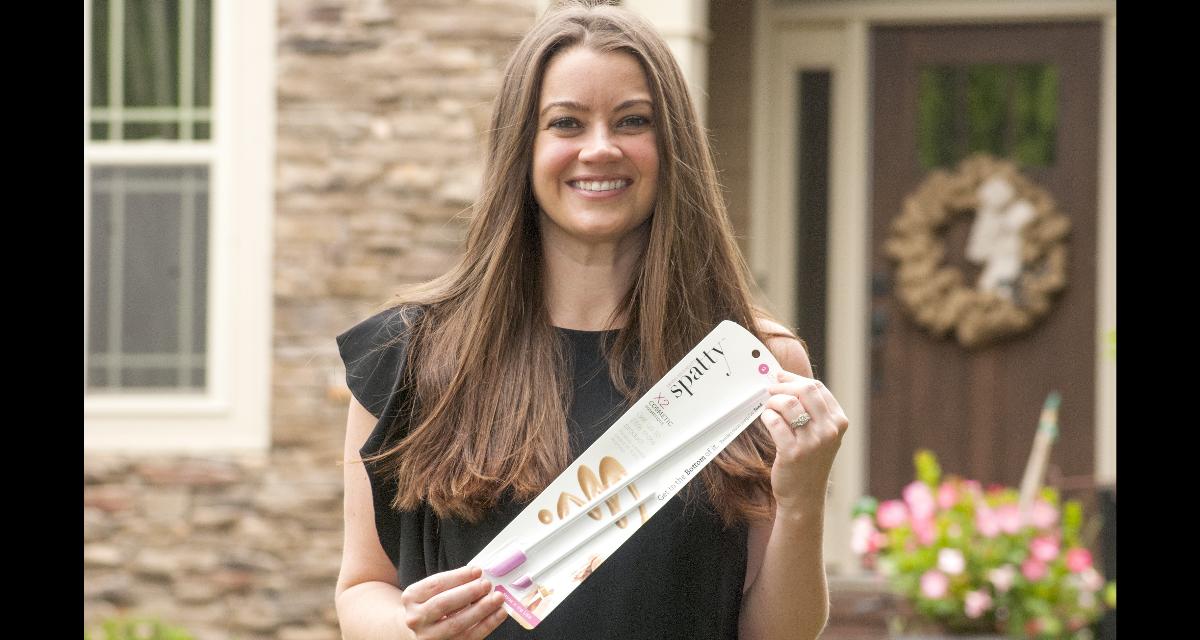 For entrepreneurs big and small, national exposure can only mean good things, and ABC’s Shark Tank provides just that. For Spatty owner, Cheryl Rigdon, the show couldn’t have come at a better time. She appeared on the show in season four, and has accomplished a lot since then. We sit down with her to talk about her journey so far, and to find out how Spatty’s revenue and net worth has been doing after Shark Tank, in this latest update.

Frustrated with wastefulness, Cheryl invented a simple yet effective device that allows people to use every last bit of product from their bottles.

It all began when Rigdon couldn’t reach those last few smidgens of her makeup foundation, despite her herculean efforts to bop them out of the tiny bottle hole.

She knew there was product in there that could be used at least two more times, but had to throw the bottle away because she couldn’t find the right tool to scoop it out.

“I tried a Q-tip, and it soaked up the makeup and left white cotton on my face,” she recalls.

Et voila! The Spatty was born. With a slender handle and a sturdy broad and flexible head, the small and practical tool was here to eradicate wastefulness altogether!

And the solution came from yet another marvelous innovation—the good old spatula.

The Spatty can be used in the kitchen, too. You can basically use it to scrape and clean any bottle or container that has a small opening, like a ketchup bottle, jam jars, or even glue bottles.

Rigdon entered the tank with hopes of scoring an investment deal of $500,000. Spatty was an instant hit with the Sharks, and they were excited to venture into this portion of the market.

But, things began to take a U-turn when the Sharks learned more about Rigdon’s lack of experience, in business as well as market awareness. Kevin and Mark went out of the deal as they would’ve had to put a lot of work into basics, and Robert and Lori had their own doubts about the price point as well the product’s ability to sell.

All the Sharks went out.

So, Rigdon went home with 100% of her company, but she also took home one Shark’s valuable time and advice.

“Daymond has been wonderful. He actually sent me a message wishing me luck before my original Shark Tank episode aired and then we spoke on the phone a few days after. He said that several of his friends told him that he better help me out and that I really struck a chord with a lot of Americans. If I have any questions, I can email him and he responds to me quickly,” she shares about her relationship with Daymond, who got her on the Home Shopping Network.

Rigdon entered the tank for a second time, but not many viewers know about it as the episode didn’t air.

Spatty’s Success and Fame outside the Tank

Rigdon initially packaged the products and did all the work herself, with the help of her husband and parents.

“I still worked my full-time job as a speech and language pathologist when my episode aired, and I had no employees,” she says.

“I remember working all day and then coming home and answering emails until two to three o’clock in the morning for several weeks. When I finally got product to ship out myself, my husband, and my parents would package until midnight or later for at least a week to get all the orders out.”

Rigdon, who is a mom of two young daughters, is still keeping pretty busy nowadays. As a full-time mom and entrepreneur, she has a lot on her plate. And so does the Spatty. The product has done great over the years, and is available in many outlets across the U.S., including Bed, Bath & Beyond, Walmart, Kinney Drugs, Albertsons, Harmon, and Beauty Bridge.

The handy spatula is also available for online shopping on Amazon.com, Target.com, Belk.com, and TopShop.com, raking in some good numbers.

“Spatty is available in Bed Bath & Beyond in Canada and will be in QVC in Europe later this year,” Rigdon says, adding, “It is also with several distributors: L&R, C&S, Certco, Ahold, and Imperial.”

With impressive sales of $2.0 million since the Shark Tank episode, Ridgon has sold over 500,000 pieces and says 2019 is going to be a “fantastic year for Spatty.”

“I have to thank Ant Hill Retail for helping me get the Spatty on shelves in stores like Bed, Bath & Beyond and Target.com. Bentonville Merchants and Colemon Brooks helped me get the Spatty into Walmart. Pitch Deck Partners has been amazing with dramatically increasing my sells on Amazon, too,” a grateful Rigdon expresses.

What’s New for the Spatty?

Rigdon is not leaving any stone unturned in putting her innovation on the map, and the Spatty has picked up pace with many Americans. And with two little girls at home with her most of the day, she has a tightly packed schedule. “I get a vast majority of my work done at night after the kids go to bed. I am usually up till midnight working but I am a night person so that works well for me. My husband also helps out a lot to provide me with quiet time to work and keeps the kids entertained,” Rigdon tells us about her daily routine.

Celebrating our 9 year anniversary! Time to relax. Feels weird not having my little mini me with us. #anniversary #minication #relax #fun #hiltonhead #love #nineyears

The Spatty and Spatty Daddy have both been doing great in the market. So much so that Rigdon says they are slowly becoming a staple product.

She remains covert about any future Spatty news and updates, but she does tell us that the brand is in talks with a “large company” on a deal that will finalize soon.

She says her family has been her biggest support and that she gets things done knowing that she’s fully backed at home.

“The advice I would give budding entrepreneurs is to go for it. I did not want to look back years later and wonder ‘what if.’ We have one life on this earth, so take a chance but know it takes a lot of work. You have to be willing to put in the long hours, sweat, and tears,” she offers, also suggesting, “…have a mentor or someone you can reach out to with questions in the field you are looking to become an entrepreneur in; it’s a big plus.”