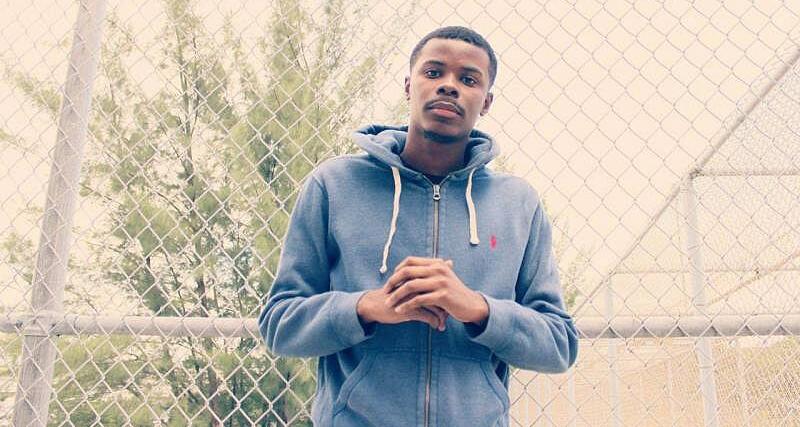 Haitian born Werley Nortreus is an author, an entrepreneur, and a humanitarian, who aspires to someday help in making the world a better place. EarnTheNecklace chats with Nortreus about his life and journey so far in the United States of America, and also about his urge to do some great things for his home country.

Born on November 10, 1993, Nortreus is 25 years old. He was born in Limbé, Haiti, but was raised in the Haitian capital—Port-au-Prince. He moved to the United States in 2010, when the devastating magnitude 7.0 earthquake hit Haiti.

He comes from a well-do-to background, as his father, Clodius N. Nortreus, is a pastor and multiple doctorate degree holder, and his mother, Elisena C. Nortreus, was in the real estate business. His family also consists of five other children (four sisters and one brother), and while most of them were born in Haiti, one of Nortreus’ sisters was born in Canada.

Nortreus tells us that his family had to pack things up fast when disaster struck Haiti on January 12, 2010. “A severe earthquake hit Haiti and killed a lot of people there. After the earthquake, my family and I moved to America to escape the pain and losses,” he explains about the unanticipated relocation. “I currently live in Canada and the United States with my family, because my family and I have houses and assets in both countries.”

Nortreus says he shuttles between the two countries to visit friends and family located in both.

Nortreus went to the University of Prince Edward Island in Canada, and is an author and gospel artist today.

Nortreus discovered his now-fiancée, Gwendalyn Ashley Tucker, when she was auditioning for the Liberian’s Next Supermodel competition in July 2018. He did a little research in making his move.

“Before I won her heart and soul, I saw her doing great things. So, I looked for her on Google, then found her on social media and got her attention. After the day I got her number, we started to communicate, then she said yes she is mine. Before we met in Canada, I spent months trying to keep her mine until we got engaged,” he shares about his pursuit of the ambitious young woman.

She went on to win the competition and is now the ambassador of the Alpha Omega Children’s Foundation, a non-profit that aims to empower underprivileged children who are orphaned and living with disabilities in Liberia.

Tucker is constantly working towards giving back to society, along with maintaining her pretty hectic schedule as a model.

Under the Ceraphin Corporation umbrella, Nortreus has cultivated several brands that cater to many aspects of publishing and mass media.

“I founded Ceraphin Publishing Group in November 2016 with some executives that I am working with. Honestly, I am currently the CEO of the company and my job is to make decisions and negotiate to better the company,” Nortreus explains.

He started his own firm with the idea of bringing more entertainment into what he believes is a depressed world. Ceraphin Corporation’s brands currently operate in Canada, the Dominican Republic, Haiti, the United States, France, and Africa.

One of the 15 brands boasted on the company’s official website is the Café Kréyòl Show. It’s a live event that was launched by Ceraphin’s own Bon Déjeuner! Radio, a Caribbean-style online radio station, to bring weekly entertainment to the people of Cap-Haïtien, Haiti.

“The organization organizes music showcases (acoustic, unplugged), comedy showcases every Friday afternoon in order for people to come to enjoy themselves and eat with friends,” Nortreus says. “The artists are selected by Bon Déjeuner! Radio to perform live in front of the crowd and the foods are served by some of the best chefs of Cap-Haïtien.”

His main goal with Ceraphin Publishing now is to publish and communicate constantly with his audience.

Werley Nortreus Is Famous for Many of His Quotes

Nortreus has always been interested in writing, and he’s released two books so far. We asked him about his writing passion and what process he follows as an author.

“I have loved to write since I was a kid and I am still addicted to it,” he says.

“Everyone who reads my books or quotes knows that I am more focused on non-fiction as my writings dwell on facts. As an author, I have reached out to a lot of people worldwide through my quotes and speeches. Finally, I can say that the dreams I had as a kid have come true.”

He’s also hinted at releasing another book in November 2018, about his company’s journey and how he contributes towards it.

“The book Best Quotes of Werley Nortreus is based on inspirational quotes, motivational quotes, Christianity quotes, knowledge quotes, and relationship quotes. This book is unique and original. It is like a secret formula to change the lives of people, by the way they think, see things, and act. It is a collection of quotes and ideas, by me,” Nortreus says about the quote book.

On top of being a published writer, he’s also released multiple albums that have received a lot of love over the years.

Nortreus is currently working on a new album called 1993, which will be released during Christmas.

A true Renaissance man, he can play multiple instruments as well. Not only can Nortreus produce instrumentals and beats on software like FL Studio, Mixcraft, Pro Tools, and others, but as a gospel artist, he knows how to play the drums, keyboard, and the piano, too. He still plays the drums at church today, and when he was young, he was part of a youth choir and was also a member of a rap group called True Men of God.

Werley Nortreus Wants to Become the President of Haiti Some Day

Nortreus believes in charity and giving deeply, but along with that, he also wants to see his home country change gears to suit the rapidly growing world.

When asked what he thinks about running for election some day, he says frankly, “Honestly, Haiti is the way it is because of the elders. Its leaders are not really doing what they should. Sadly, a lot of people are suffering in poverty in Haiti because its leaders don’t believe in humanism. As a leader, I have a connection with a few world leaders and great politicians like Moise (Jean-Charles) and others… Moise…and I have the same goal, to make Haiti great again.”

The hopeful future leader adds, “The day I become the president of Haiti will be the day Haiti gets its respect and dignity back, because I will build a strong relationship with other countries in order to unite and help each other make the world a better place, so everyone can live a life full of good health and equal financial system.”

Through his organization as well as in his personal capacity, Nortreus has helped when natural calamities destroyed many human lives. “In 2016, Hurricane Matthew hit Haiti and caused more than $1 billion in damages, so Ceraphin Corporation and I sent foods and other stuff to Haiti in order to contribute and support those who were affected.”

He has also started a foundation using the family moniker. “My family and I have started our own charitable organization called Nortreus Family Foundation, and the headquarters is in Haiti to serve those who are in need,” he notes.

He says he has contributed towards the Haitian Lives Matter movement, which conveys a strong message about discrimination and racism, especially towards black people.

“As a human being, I believe that I was created in order to value and love other humans like me. Humanism is the reason that I want to become the president of Haiti one day, in order to serve my country and serve other countries around the world.”

Werley Nortreus hopes to inspire many people along his journey to make the world a happier and healthier place to live.