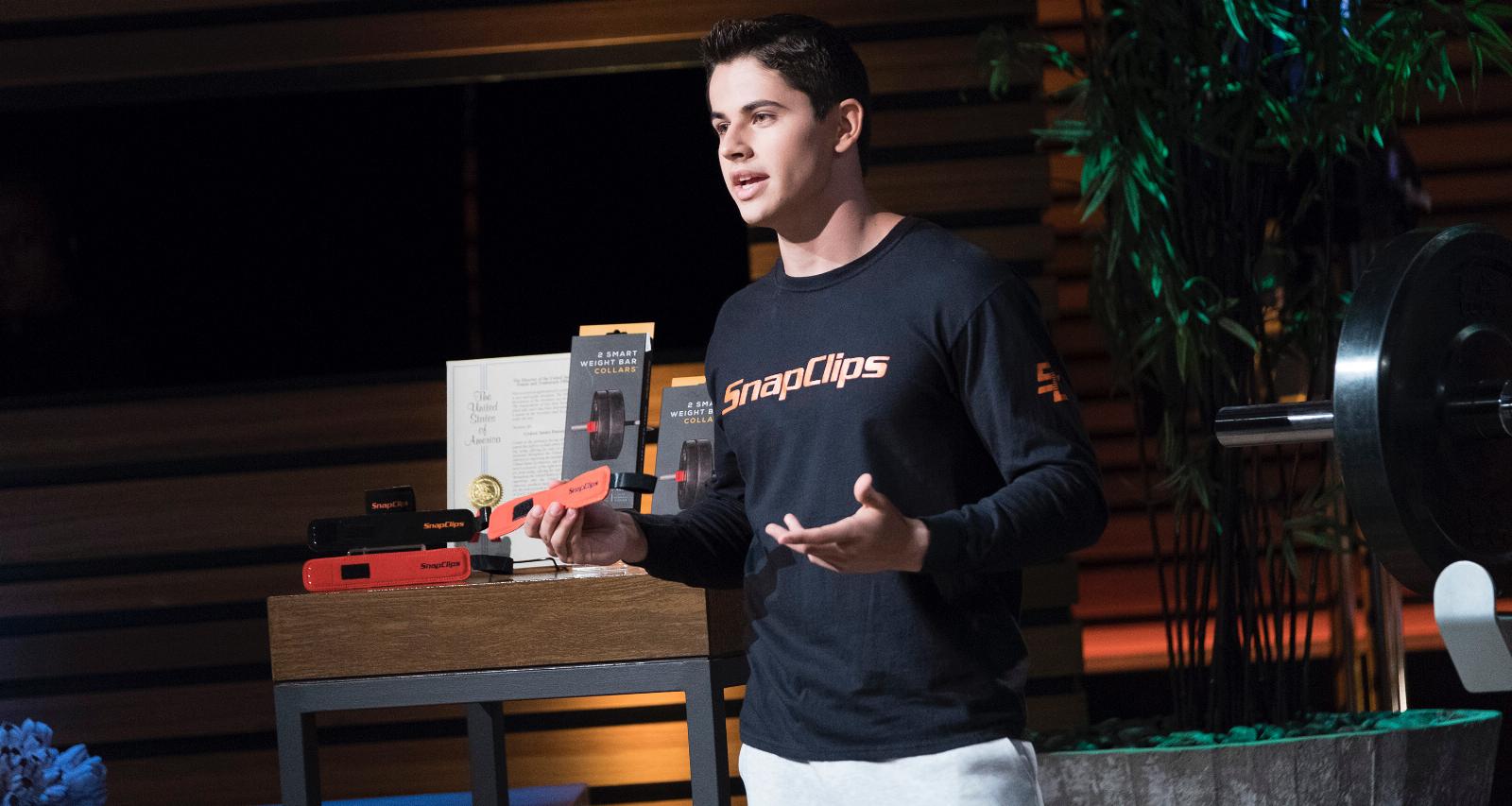 ABC’s Shark Tank is undoubtedly an excellent platform for all breeds of entrepreneurs. And when it comes to inventions that help people make their daily lives easier, the deals only become more entertaining to watch! And one such out-of-the-box product is the SnapClips weight collar, designed by a youngster while he was in high school. What happened to SnapClips after an appearance on Shark Tank can be considered a prescription for success, and EarnTheNecklace chats with the head honcho behind the company—Martin Dimitrov.

Martin Dimitrov was in high school when the idea for these neo-gym weight collars came to him. He had been taking Advanced P.E. weight classes and was facing a problem with the safety of the weight collars he was asked to use. Dimitrov’s mind began racing to come up with a simple but effective solution, and he had a light-bulb moment when he thought about the snap bracelet most kids use as an accessory.

From there, it turned into an unforgettable odyssey, paving the way for a huge company that now has a unique, patented “Slap Technology”—that puts the old heavy and rusty weight collars to shame.

Dimitrov believes that this patented technology is what’s given his company an edge over other contemporaries in the sports equipment market.

Eager to grow his enterprise, he found it lucrative to appear on the business-reality show Shark Tank, after he had already raised over $20,000 online.

Not only were the sharks interested in his offer to invest $150,000 in the company, but they were also in awe of the idea itself.

Three of the sharks (Lori Greiner, Mark Cuban, and guest judge Alex Rodriguez) came together with an investment deal, and things have never looked better since.

“It’s been great, we got our first retail store, we’re doing a private label with CrossFit, and we are working on an updated SnapClip version,” Dimitrov happily shares about the brand’s status after the pitch.

Not all businesses can sustain, no matter the initial highs and revelry, but for SnapClips, the celebration is still on. The company believes in proper business practices and ensures it creates goodwill in the market.

To which Dimitrov credits loyal consumers: “We listen to our customers! We want to make sure we have the best product on the market. Our customers play a huge part in helping us improve the product.”

The brand is doing well online as well as in physical stores. Thanks to social media and the world now fitting inside the palm of our hands, they have gone global in no time.

And with SnapClips making an appearance in sports markets in over 30 countries, they believe it will soon become a must-have.

“I believe that our product will become a staple for gym-goers because unlike any other clip, SnapClips fit on a wide variety of bars and they’re made so anyone can use them without a struggle. Quick, easy, convenient, and cool. It doesn’t get any better,” Dimitrov explains.

In an entrepreneur’s mind, there is always a nagging need to venture into different parallels. Where does Dimitrov see his company going? “We want to keep growing the fitness side as much as we can while attacking other industries simultaneously,” he says with a confidence beyond his years.

Make sure to Lift Smart this holiday season with SnapClips!

Fans and followers of this game-changing brand have already caught a glimpse of what they can expect from SnapClips. And they believe in delivering just that, by breaking new grounds with their versions. Coming out in early 2019 is another product that is bound to nudge people to change the way they gym!

Remaining coy and keeping the surprise element lingering, the young businessman only says there is “some more big news coming up by the summer of 2019.”

What makes a company great is the person behind it nurturing it and helping it grow. Coping with a busy schedule can be a task, and Dimitrov says rising early is his trade secret.

“I usually wake up around 6:00 a.m. In a way, the world stops early in the morning. Not as many people are up doing what they would do later in the day. It gives you an opportunity to reflect, think, get ahead of the competition, and get ready for the busy day,” he shares.

Like many successful people, humility is what Martin Dimitrov is all about. And he values his success. “It’s been an amazing journey, beyond my wildest dreams. I’ve gotten to experience things I used to dream about. Not only have I earned a lot, but I have matured as well,” he says with a sense of contentment.

“As for advice, I would say write down your goals. Everyone has goals, but few track them and even fewer achieve them. I found that physically writing out my goals has helped keep me accountable and on the right track. The key to entrepreneurship is believing in yourself and being able to control your mind, your mind creates the world around you,” Martin Dimitrov expresses wisely.

Also Read: What Happened to Hungry Harvest after Appearing on Shark Tank?