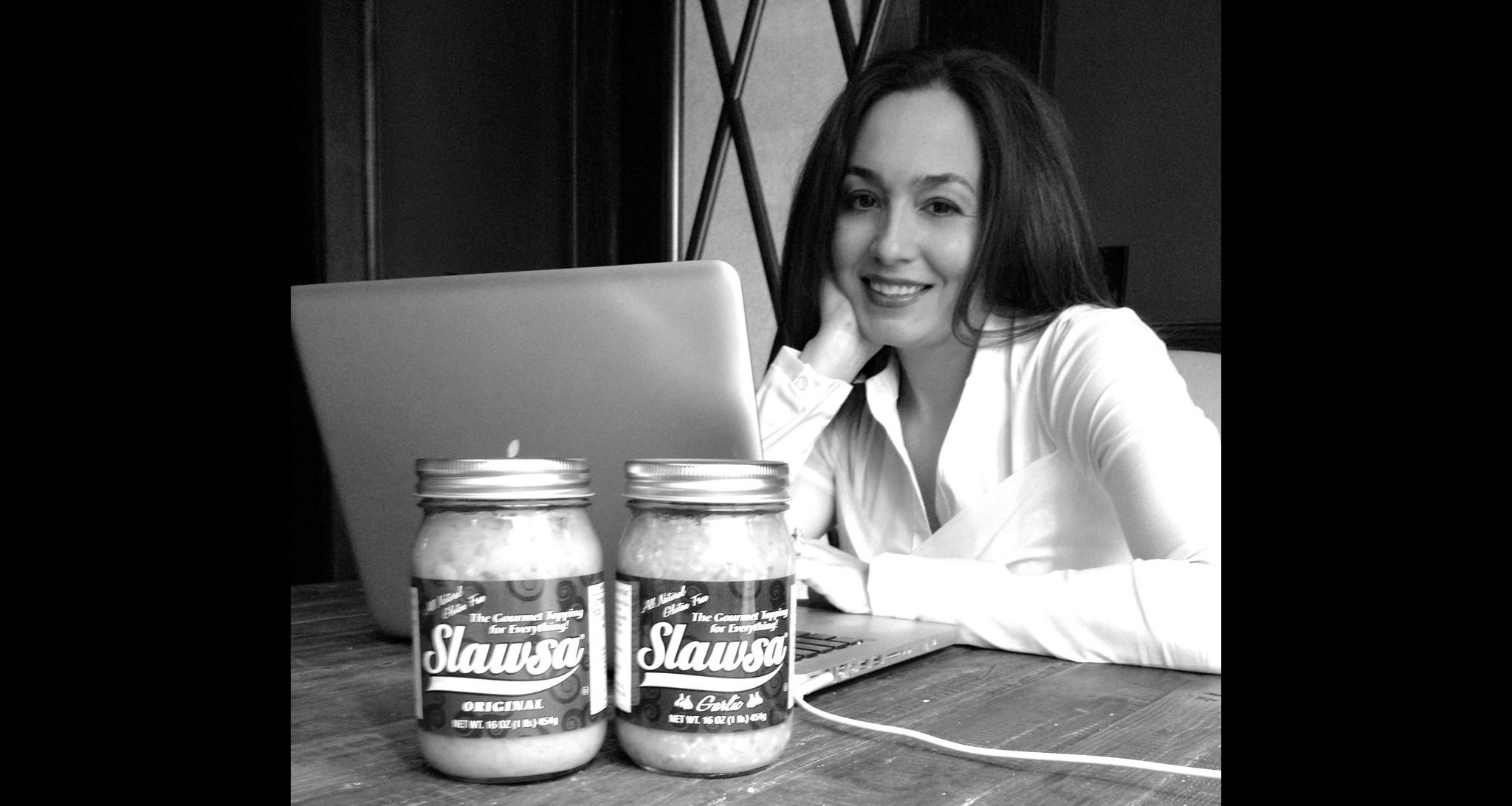 Shark Tank provides an excellent platform for both budding and established entrepreneurs to grow their businesses. Whether or not the contestants land a deal with a shark, they take home the advantage of being presented on one of the most famous shows on TV! And for Slawsa’s Julie Busha, experience in the tank was just that! Here’s what she has to say about her journey so far and what’s new with her out-of-the-box relish company in this Shark Tank products update.

With a love for food and a passion for making a difference in the food industry, Julie Busha entered into the business with one thing on her mind—products that have an emphasis on flavor. And she’s sure that Slawsa checks that box. Busha and Slawsa have come a long way since the creation of the unique relish, and it looks like she’s in it for the long haul!

Slawsa, which is a god-sent combination of mouthwatering salsa and slaw, comes in a variety of flavors, putting traditional relish and salsa to shame. It is gluten-free, fat-free, cholesterol-free, kosher, and low in sodium.

The five-in-one relish, spread, dip, topper, and ingredient is a very different product in comparison to the regular relish you find in stores. And Busha agrees. “The buyers love Slawsa because it is so unique. Customers, particularly millennials, are demanding more diversity in products on the shelf (they’re not buying pickle relish), products that have an emphasis on flavor, and they’re expecting higher quality, cleaner ingredients, too,” she explains.

Not only are people always looking for a new flavor or another type of packaging, but they are also looking for that extra something in products available on the shelves. And with Slawsa, you have four options to choose from!

Proof that it is never too cold outside to bust out the grill and have an epic #slawsadog! Thanks to Chef @andreas_cooktales for the #slawesome shot! #grilling #hotdog #condiment

Julie Busha appeared on ABC’s hit business-reality show Shark Tank in its fifth season. The sharks were in awe of the one-of-a-kind recipe she had created, but when it came down to the numbers, they didn’t seem to want to get into a highly competitive market with a brand-new recipe on offer. Busha didn’t land an investment deal in the tank, but that didn’t stop her from giving her best to make her company successful.

“We were already growing when I pitched, so it was a bit of a shock that the Sharks didn’t want to invest. But I do understand the trepidation in investing in a high-attrition industry as CPG [consumer packaged goods] grocery is,” she says, adding, “My focus has always been on our growth, not only in retail but in food service opportunities, too. My sleeves remain rolled up despite no Shark investment.”

Slawsa Flavors and Fame Outside the Tank

Busha started with four flavors of Slawsa, and they are some of the most striking relish flavors available in the country! While the Original flavor seems to be a crowd-pleaser, Busha says her favorite is Spicy. She also adds that the Slawsome Deviled Eggs recipe, featured on the brand’s website, has been doing great, because of its simplicity.

“The filling is really just the yolks, Spicy flavor Slawsa, and a tiny bit of mayo, but everywhere I take it, people are blown away and can’t quite put their finger on what makes it so delicious. It actually makes for a ‘healthier’ deviled egg as well,” she quips about the tempting recipe.

Apart from that, Slawsa also comes in habanero pepper-based Fire (we’re told Julie’s husband simply loves this one) and Garlic.

Busha ensures that each flavor has nuance and versatility, which means you can use it on or inside many meals. When asked which flavor always has a special place in her cabinet, Busha says, “In terms of what flavors I use in everyday use, I honestly use them all.”

“It just depends on what I’m eating. If I’m having a standard hot dog, Original is best. But I’ll enjoy the Spicy or habanero Fire on a bratwurst or fish tacos,” she adds.

From the humble Veggie & Chip Dip to the delectable Jalapeno Poppers, you can find many tasty recipes on Slawsa.com.

As an entrepreneur, you always want to keep coming up with improvements, new ideas, and a fresh outlook. And for Busha, her inspiration to keep growing comes from within. For any new brand in the market, advertising becomes a challenge, and for Slawsa, the buildup has majorly come from word of mouth.

Slawsa has been on multiple media platforms, too, like the Today Show on NBC, and is being marketed cleverly on a grassroots level to attract customers.

“We’ve received many traditional media mentions (Rachael Ray, Food Network, magazines/newspapers), but there is a huge community of BBQ, grilling, or food influencers who have just embraced Slawsa on their own,” Busha explains. “We also have sampling programs with retailers, in-store marketing, and other traditional things, too.”

“But, we also have some very non-traditional ways of getting out our flavors. This year, we were approached by one of the biggest food vendors (Giggles’ Campfire Grill) at the Minnesota State Fair as he wanted to serve Slawsa on some 20,000 Turducken Sausages.”

And the event was a was a huge success, with the Slawsa becoming a big hit! The good fortune then made its way to the shelves of the local Hy-Vee and Lowe’s stores as people wanted to get their hands on a jar after trying it.

Slawsa is available in retail stores in Germany, Australia, the U.S., and Canada, with the brand also being available on the menu of Toronto-based chain Hero Certified Burgers in 65 total restaurants.

Up next—global domination! Seriously, though, Slawsa is also going to be available in Sweden soon.

Busha also hints at a secondary line in the works, but is very discreet about her plans. The careful CEO is coming up with grand plans for her company, and 2019 seems to be an exciting year for the Slawsa family.

Julie Busha is a hard worker but believes in maintaining a healthy work-life balance. “I really do my best to give back as much as possible to others, whether it be through mentorship, writing business articles, or volunteering my time for a national food association,” she says.

For her, tennis has been a great source of stress relief, and she believes, “If you’re in better physical and mental shape, you’ll have more energy to dedicate to your business.”