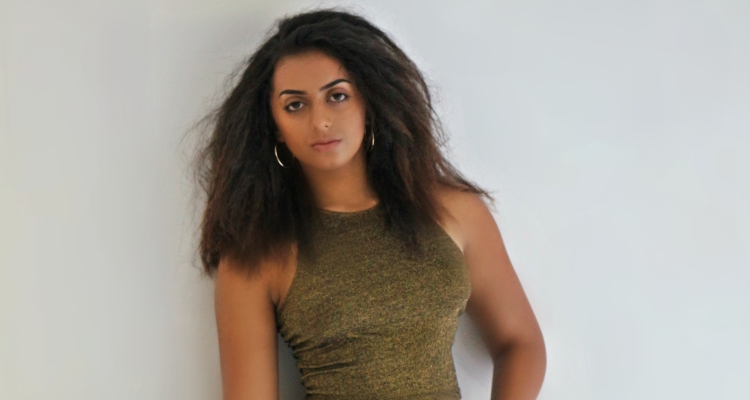 With so many young and talented artists competing in the entertainment industry, it’s hard to make a mark in Hollywood. One artist focused on making to the top is a young woman named Bazma, who is keen to explore her budding career in entertainment. The 17-year-old rising star spoke with us exclusively to discuss her ambitions and upcoming projects.

It’s been a childhood dream of many to walk among the stars in a life of luxury and fame. Though few actually achieve this dream, there are those who persist and push on, in order to obtain the life they want. It’s not easy standing out from the rest, and in the world of entertainment, only the best make it. While many of us forget our childhood pipe dreams, there are some who leave no stone unturned in order to achieve them. One such excellent example is Bazma, who never abandoned her dreams of becoming a big Hollywood star.

Bazma is an upcoming star with a pretty strong social media presence. Currently, the 17-year-old has taken up several projects, which may be the start to her career in the Hollywood industry. She is truly an inspiration for every young artist who dreams of making it big in Hollywood. She’s had small roles in a number of Hollywood Blockbusters, and now, Bazma has been given the opportunity to host Miss Fashion Week Atlanta! She’s got a hand in multiple pots, and all these endeavors are only helping her get noticed. She’s already become quite the social media sensation with huge followings on both her Instagram (over 23k) and Twitter (over 77k), and if you haven’t heard her sing, her YouTube channel is proof of her incredible talent! She’s got both the acting and singing chops and a smile that could light up a room! So, who is this new up-and-comer pouncing onto the Hollywood scene? We got to sit down with Bazma for an exclusive interview to get the down-low on who she is, where she’s from, where you can see her next, and what she’s got in store for the future! Read on to learn all about the girl who dared to have high aspirations and the courage to follow them.

Q. When did you start singing? Do you have any upcoming music projects? 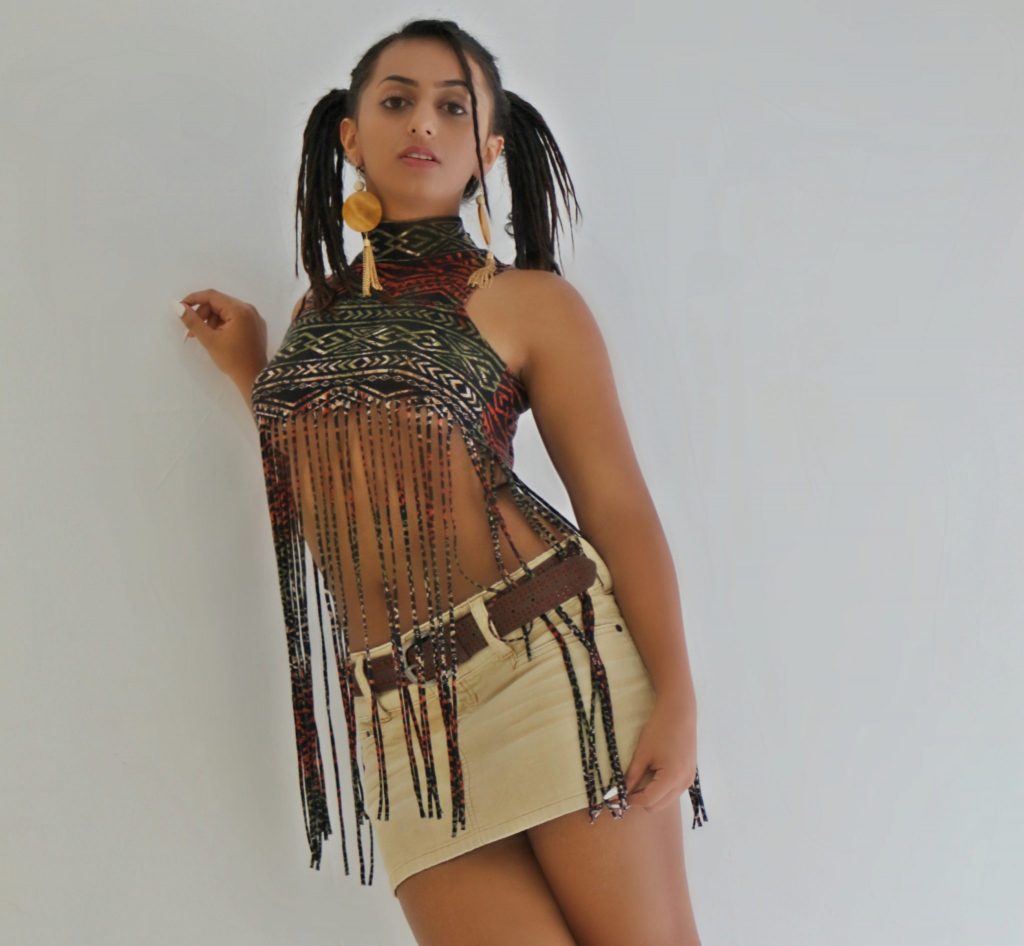 A: I first started singing at the age of seven. After that, I realized my passion for singing and decided to do it professionally. Currently, I don’t want to collaborate with any other artists as I wish to work independently and grow in this industry. However, I love Justin Bieber and one day would like to work with him! Upcoming music project? Yes, I have been working with a producer for a while and soon we will be releasing a catchy, pop song for teenagers!

Q. Have you worked with any other music group(s)? Have you participated in any contests?

A: I did sing in many shows like Texas Model, Talent Expo, and Akademia. In one of the singing contests, I won first prize. I did have a small music band, but, our band broke up because of our age difference.

Q. Are you more inclined towards acting or singing? When did you decide that you wanted to pursue a career in the entertainment field?

A: I started acting four years ago by taking up small roles in movies. Before that, to prepare myself, I took up an acting course for seven months at Accents Model and Talent. To answer your question about being an actress or a singer, I believe I am a versatile artist; I would love to make my career both as an actor and as a singer. There are many artists, for example; Selena Gomez, Miley Cyrus, and Lea Michele, who are not just brilliant singers but also amazing actresses. 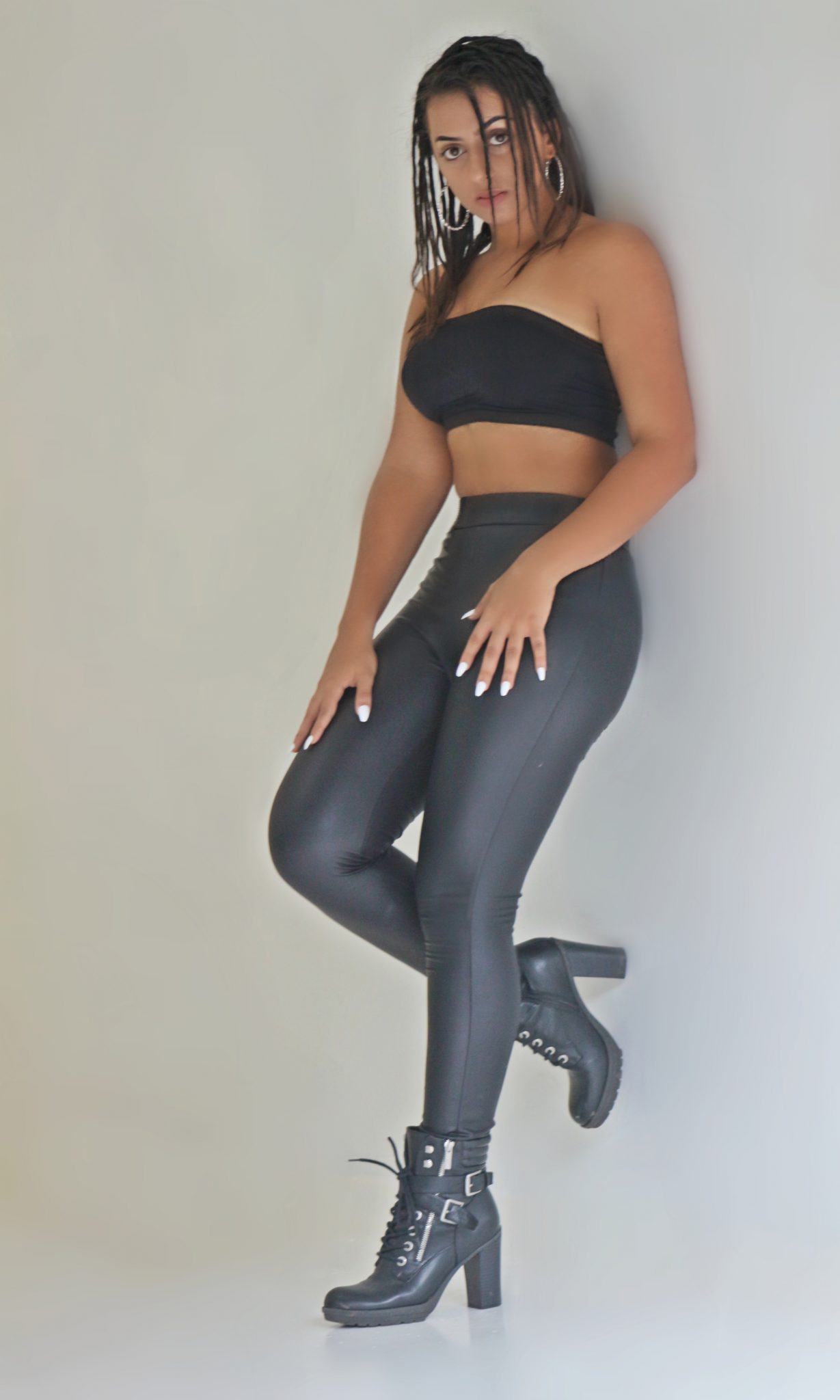 Q. You’ve worked on TV shows like Empire and movies like Jumanji 2, and The Avengers. Are you planning to take up any new acting projects? If so, tell us more about your next project!

A: It was a great opportunity to work on Empire, Avengers, and Jumanji 2. I learned a lot of things which will certainly help me grow in the field of acting. And yes, recently I signed a supporting role in a family drama movie. The plot of the film is super funny and it centers around a grandmother, who is very controlling. For now, I cannot tell you the film’s name or the release date!

Q. Being in the entertainment industry isn’t easy. What are some of the challenges you have already faced? 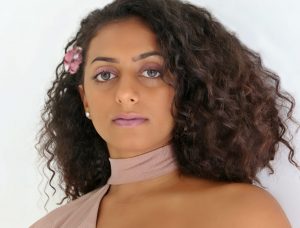 A: The road to becoming a successful artist is indeed challenging. However, so far I haven’t faced any major obstacles. But, yes, when I decided to be an actress, I did not take any acting classes and worked on it on my own. Another thing is that being an outsider, it is challenging enough to become an artist in the United States. However, I strongly believe in myself and I feel that I am talented enough to overcome this obstacle.

Q. What advice would you give to somebody who is interested in the field of entertainment?

A: The only piece of advice I would like to give aspiring artists (which even I have to follow) is to work extremely hard to reach their goals and also to never give up.

Q. You are going to be the host of the show ATL RAPZ and also will be the host for Miss Fashion Week Atlanta! Are you excited about it? Please tell us more about how you got the opportunity!

A: So, the filming of the show ATL RAPZ is still going on. I will be the host of the show and I will be interviewing independent and underground artists, as guests on the show. Miss Fashion Week Atlanta, I came across the news of the audition online and went for it. I walked the ramp and they also checked my hosting ability, which they found pretty good. So, they asked me to host the show! I am pretty excited about both the opportunities and it was definitely a major learning experience for me. The winner of the Miss Fashion Week Atlanta will go to Miami to compete for Miss Universe!

Q. How was your experience Volunteering at the Fashion Show Fundraiser for Children’s Cancer Research Hospital? Can you tell our readers why this is important to you?

A: It was a good experience, in fact, this is important to me because I firmly believe in good deeds and in helping others. The reason why I signed up for this was because I wanted to be a good role model for the kids and others. In fact, I also got to meet some of the kids!

Q. Are your family members supportive of your career choice?

A: One of the main reasons why I want to become a professional singer is because my mother wanted to be a singer. I am very close to everybody in my family, especially my mother, because she has strongly supported my dream of becoming an artist. My father is an Arabic dialect coach in the industry. His latest project was the TV show, Valor. So, yes, my family highly supports my career choice.

Q. What do you like to do in your free time?

A: I am not really fond of reading, but I love skateboarding, drawing, and I also like to write scripts. In my free time, I like to make short films.

Q. If you could be someone else for one day, who would it be and why?

Hmm.. I think Priyanka Chopra because she is also from another country, but she has made it big in the Hollywood industry.

She will be making her directorial debut in an upcoming film she is currently working on. It’s a short film called “Hollow Haven Road” that she is directing and producing herself and will be released in 2018! Make sure you’re following Bazma on all her social media accounts, including her Instagram (@realbazma), in order to stay up-to-date on what she’s up to next!