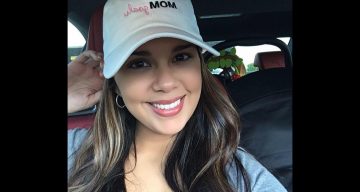 Estrella Cerqueira is in the midst of a custody battle with her ex-boyfriend Jarvis Landry over their daughter, Joy. Overcoming tough obstacles has been a way of life for Cerqueira, who started out as a bartender and is now working as an office/data manager at the Altitude Group. She loves music (especially Drake), TV shows, and the occasional film, and also admires certain athletes, as well.

NFLer Jarvis Landry is once again in the news for using a more-force-than-necessary tackle, which sent Buffalo Bills’ Taron Johnson crashing to the ground in the game between the Bills and Cleveland Browns of the NFL held on Friday, August 17, 2018. People are up-in-arms over Landry for his aggressive play, as this is not the first time that he has done such a thing.

All this has put the spotlight on Landry, and that includes his personal life, especially since there were allegations of domestic abuse in the past. Now, people want to know more about Jarvis Landry’s girlfriend and baby mama, Estrella Cerqueira. So, we’ve compiled a few facts about her.

Who Is Estrella Cerqueira?

Born on July 29, 1989, Estrella Cerqueira’s age is 29. She studied at Treasure Coast High School, a high school located in Port St. Lucie, Florida. After that, she decided to work and be financially independent, so she took up a job as a bartender at Hijinks Sports Grill. She also worked as a bartender at Wowies Sports Grill for over two years. According to her profile, Cerqueira’s ethnicity is Middle Eastern.

Cerqueira Works as an Office Manager

She then worked as a sales and marketing coordinator at the 12.31 Club for more than a year, and more recently she was the office/data generation manager at the Altitude Group in Florida. Though Cerquiera currently lives in West Palm Beach, Florida, her hometown is Boca Raton, Florida. 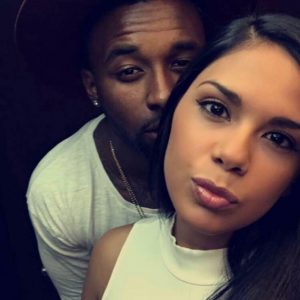 She’s in the Midst of a Custody Battle

Cerqueira is the mother of Landry’s daughter, who the couple named Joy. Joy was born on May 13, 2017, in Fort Lauderdale in Florida. However, relations between Cerqueira and Landry went sour shortly after Joy’s birth, and now the couple is in the midst of a bitter custody battle.

The Allegations of Domestic Abuse

There is reason to believe that the relationship between Cerqueira and Landry has been troubled for a while. In fact, in March 2017 the police were investigating Landry for possible battery following a domestic violence incident, but Cerqueira refuted the claims that Landry hit her.

Cerqueira released a statement later via Twitter saying that she and Landry just had a verbal argument, which resulted in someone calling the police. It was a neighbor who had called 911, and the police came but decided that there was no cause for Landry’s arrest or any concern for Cerqueira’s well-being. 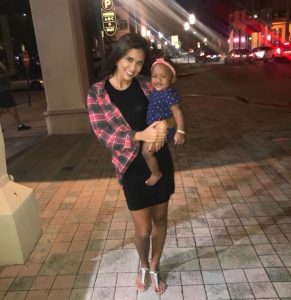 She admitted that she and Landry were going through a civil family court case and emotions were high on both sides. She also stressed that she believed Landry would never harm her in any way and made a plea to the media to refrain from spreading any story otherwise.

She Has a Love for Music & Television

Though Cerqueira stays away from the media, her Facebook account reveals a few personal details about her. She is extremely fond of music, and some of her favorite artists are Mark Kincaid, Tyga, Mac Miller, Wiz Khalifa, P. Diddy, Lil Wayne, and Makayla Duvall.

Eye to the Future

Clearly, Cerqueira has a favorite dessert, and it looks to be cake! On her daughter’s first birthday, she ordered cakes from her favorite bakery, Fabulous Cakes & More. For now, Cerqueira is just hoping for a fair judgment in her custody battle with Landry, as we all know how these things can turn ugly. Meanwhile, she is working hard as a single mother to raise her baby and carve out a good career for herself at the same time.