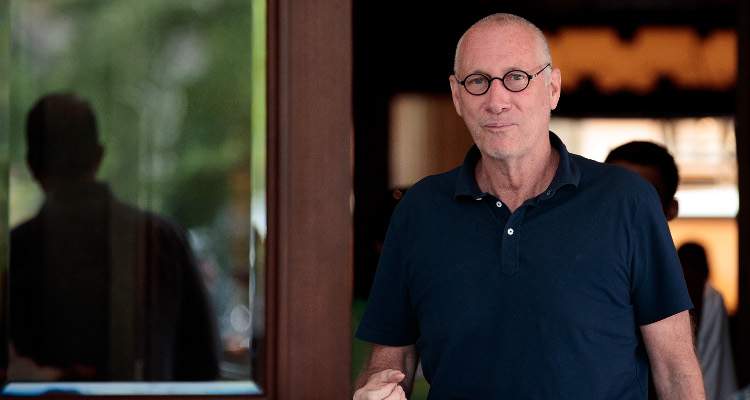 The sports broadcast world was shocked to learn about ESPN President John Skipper’s addiction problems and resignation. The longtime exec of the Disney-owned company stated that he’s stepping away from his duties as ESPN chief and co-chairman of Disney Media Networks, citing addiction issues. So, what is John Skipper addicted to? Here’s what you need to know.

In January 2012, he became president of ESPN Inc. and co-chairman of Disney Media Networks. But his illustrious career at ESPN ended on December 18, 2017, when Skipper revealed he’s battling substance addiction.

Skipper resigned from ESPN to focus on treatment. George Bodenheimer, executive chairman of ESPN, will take over as interim president until Disney finds a replacement.

“Today I have resigned from my duties as President of ESPN,” Skipper said in a statement revealing his departure, “I have had a wonderful career at the Walt Disney Company and am grateful for the many opportunities and friendships. I owe a debt to many, but most profoundly Michael Lynton, George Bodenheimer and Bob Iger.”

The statement further added, “I have struggled for many years with a substance addiction. I have decided that the most important thing I can do right now is to take care of my problem. I have disclosed that decision to the company, and we mutually agreed that it was appropriate that I resign.”

Bob Iger, CEO of Walt Disney Company, issued a statement on behalf of the parent company that read, “I join John Skipper’s many friends and colleagues across the company in wishing him well during this challenging time. I respect his candor and support his decision to focus on his health and his family.”

The 62-year-old’s resignation comes at a hectic period for Disney networks. The company announced it was buying key assets of 21st Century Fox, including its 22 regional sports networks, a week ago. Integrating these additional sports networks into ESPN is predicted to be a mammoth task, which will require a capable leader like Skipper.

There was no indication that the ESPN chief was leaving. He signed a contract extension earlier this year that would have kept him with the network through 2021. Recently, he spoke to the media about the network’s growth plans and organized a summit with ESPN’s on-air talent not long ago.

Details about John Skipper’s substance abuse problems and treatment are under wraps as the former Disney exec requested his privacy. Some believe his departure has to do with reports alleging a hostile work environment for women at ESPN. However, the network refuted these claims.

The last few months of his tenure were marked by a significant degree of layoffs and ESPN’s declining viewership. However, John Skipper asserted not long ago that ESPN’s online audience make up for the falling TV viewership.

Disney will soon launch ESPN’s streaming platform in 2018, and they will be scrambling to find new leadership before then.