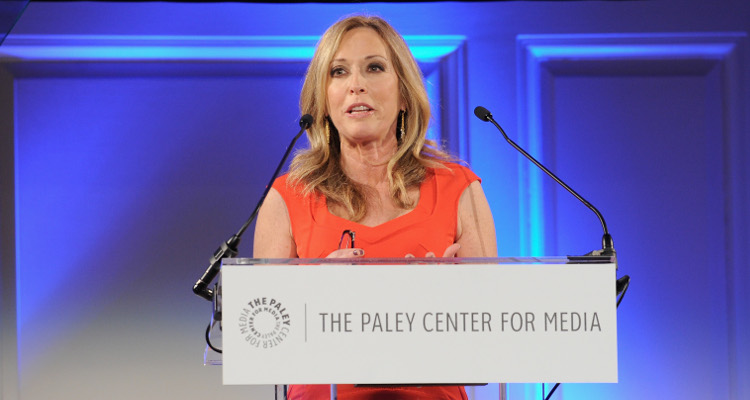 Linda Cohn is one of the most popular faces on ESPN. That’s why it came as a surprise to know that the network suspended Linda Cohn. Why would they let go of one of the best anchors they have?

Veteran sportscaster, Linda Cohn is a star on ESPN. She has been with the network for years and made a name for herself in the sportscasting field. Fans are taken aback by the news of her suspension by ESPN. Could Linda Cohn’s comments on politics have to do with her getting suspended? Here are the latest updates on why Linda Cohn was fired.

Linda Cohn grew up with a love for hockey and is a die-hard fan of the New York Rangers, Mets, Giants, and Knicks. She made sportscasting history in 1987 when she was hired by ABC and became the first full-time U.S. female sports anchor on a national radio network.

Since 1992, she has been attached to ESPN hosting SportsCenter with Chris Meyers. Anchors came and went, but Cohn was a permanent fixture. In February 2016, she hosted her 5,000th edition of SportsCenter, a record for any of the show’s many anchors.

Considering she spent more than two decades of her career at ESPN, Cohn saw the network go from a sports broadcasting giant to a financially struggling organization. Recently, ESPN had to lay off several of its well-known sportscasters owing to bleeding finances. The Disney-owned network’s financial woes are attributed to loss of cable subscribers due to “cord-cutting.” Cable networks have seen subscriptions decline after a mass exodus to cheaper online viewing alternatives.

There are several reasons why ESPN has seen falling income. TV viewership for sports programs only increased and at one point, ESPN was your one stop source for all things sports. However, it recently moved from sports to sports gossip and saw an increase in politics seeping into their broadcasts. Viewers would rather stream sports programs online for a fraction of the price cable networks like ESPN charge for their less-than-desired programming.

Recently, Cohn addressed the issue of ESPN’s falling subscriptions on a radio show. She said that the network’s inclinations towards politics has, at the very least, in some way contributed to the shedding subscribers for ESPN who at its core is a sports broadcasting station. And she strongly elaborated that whoever ignores this fact is “blind.”

Fox Sports anchor, Clay Travis tweeted that John Skipper, president of ESPN suspended Cohn. “She was told by prez John Skipper not to come to work & to think about what she said,” wrote Travis, citing his sources. SportsCenter fans who can’t imagine the broadcast without Linda Cohn are shocked by her firing.

Sources: After Linda Cohn spoke out on politics @ESPN she was told by prez John Skipper not to come to work & to think about what she said.

Cohn hasn’t officially made a statement so far, and ESPN hasn’t responded to her suspension. However, many believe that it was her comments on politics that led to her surprising ouster.

Fans are upset that ESPN would let go of Cohn for suggesting the network should go back to the good ol’ days of sports without politics. While it’s difficult to separate politics from anything these days, sports fans hope to tune into a football or basketball game on ESPN —which is something they have been getting less of lately. The network also turned to gossip news about athletes like Tiger Woods and LeBron James.

Some are upset that ESPN suspended a veteran like Cohn, but let another SportsCenter anchor, Jemele Hill, stay after speaking more about politics than sports on Twitter. Fans are outraged the Hill got away with a figurative slap on the wrist while Cohn was suspended.

Bravo to you @lindacohn. You are the best of what @espn used to be (and what it should still be). We enjoy sports to escape shitty politics.

Linda Cohn may have pointed out that politics is hurting ESPN, but she knows she has to comply with the network’s policy. “You know, when you work for a big company, you have to follow in line, you have to pay the bills,” she said in the same contentious interview, “But you just kind of look in the mirror and do what you think is right no matter what else is going on around you. And that’s what I always tried to do.”