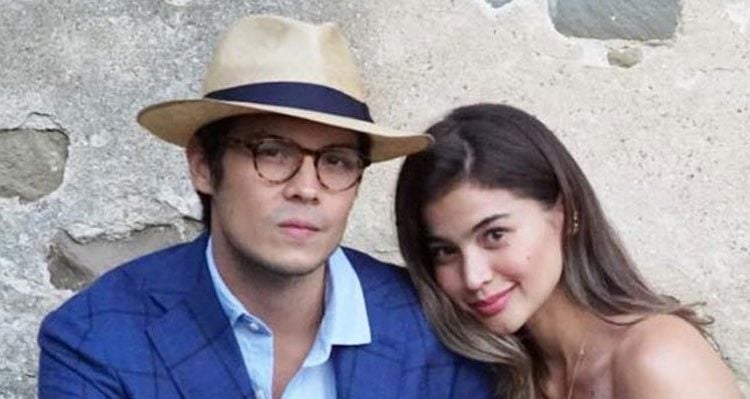 Anne Curtis is a fairly big household name in the Philippines. And this past weekend, the 32-year-old actress and presenter got married to Erwan Heussaff. But who is Erwan Heussaff? Keep reading to know everything about Anne Curtis’s husband, from his age to his net worth in Erwan Heussaff’s wiki.

Born on January 29, 1987, in Makati, Philippines, Erwan Heussaff’s age is 30 going on 31. Erwan Heussaff’s parents are Cynthia Adea, who is Filipino, and Louis Paul Heusaff, a former French Marine that now works in the petroleum industry.

It’s hard to pinpoint what exactly Heussaff’s career is, but it seems as though he is a content creator of sorts according to his brief author bio on his website. But what Heussaff has done is combine all his skills and abilities into this one job.

Heussaff is a chef, and he’s very health conscious after living a very sedentary lifestyle. He used to weigh almost 240 pounds.

Using his culinary expertise, Heussaff formulated a weight loss program. The diet he adopted eventually helped him to lose around 90 pounds.

Heussaff is also very fond of traveling. So, he combined his love of food, health, and travel into his website, The Fat Kid Inside. His website serves as a central hub for all of Heussaff’s Internet ventures.

While Erwan Heussaff’s net worth is unknown, he does have other business interests beyond his website and internet ventures, including a restaurant.

In the meantime, Heussaff has spent time traveling the world, cooking, and creating new content for his digital platforms.

Before jumping in to harvest, I was given some tips. I was still pretty useless, in 30mins, mud up to the knees, I only managed to cut about 500 grams. Imagine each cup of hand picked heirloom rice on your plate and how precious it is. It puts into perspective how much value one single grain can hold. I really hope people keep this farming tradition alive and for that to happen everyone needs to try and purchase heirloom varieties from your local farmers. It helps that its delicious and has so much more flavour than most polished varieties. Thank you to the Department of Agriculture and @bernsrp for all of your effort 🙂 I love documenting these trips #OriginsSagada

The details about how Heussaff and Curtis began their relationship is unknown. But we do know that they started dating in 2011.

For those who don’t know, Curtis is a multi-talented celebrity. She has worked as a singer, VJ, actor, and television host in the Philippines.

Erwan Heussaff and Anne Curtis became engaged in December of 2016 and married in November 2017. The wedding was kept very quiet without any formal announcement to the press.

Friends and family were quietly told about the ceremony and flew out. We know that Erwan Heussaff’s wedding took place in Queenstown, New Zealand, with a small group of their friends and family in attendance.

With Anne Curtis’s fame in the Philippines, it was hard to keep their wedding quiet. But they managed to do it, and you can see many of their wedding photos on Heussaff’s various social media platforms, including Instagram.

While the wedding was small, it looks like everything went without a hitch. The bride and groom look very much in love.