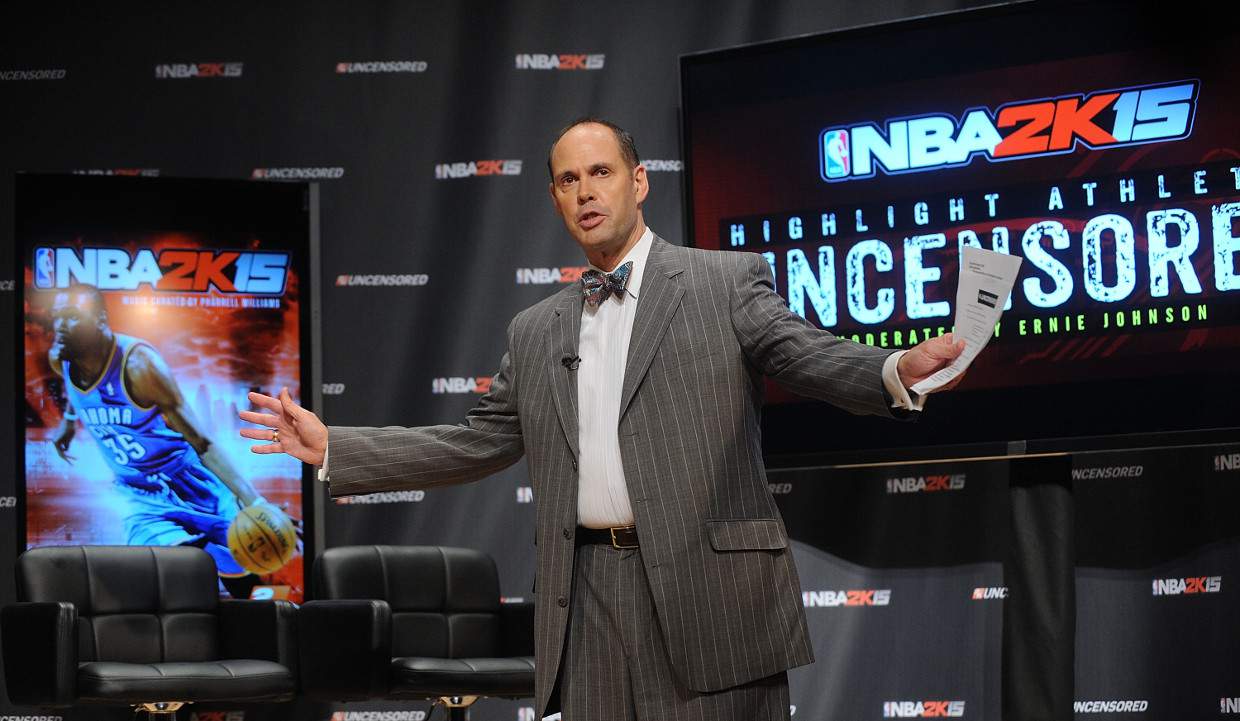 Ernie Johnson is the man who gives viewers a play-by-play rundown of basketball, baseball, and golf games so that they can enjoy their tryst with their favorite sports. He has a passion for and an interest in these sports, which keeps him on the top of his game, no matter what the situation. Johnson survived cancer in the mid-2000s and returned triumphantly to his shows where he truly belongs.

Veteran sportscaster Ernie Johnson is doing a terrific job on his show, Inside the NBA, which airs on TNT. He has been hosting the show since 1990.

These days, Johnson is joined by former NBA superstars like Kenny Smith, Shaquille O’Neal, and Charles Barkley, as they share jokes, wisecracks, and back-and-forths on air. It’s all very spontaneous, and Johnson has to keep the show moving and on the rails.

Johnson’s job on the show has been described in many ways as being a “ringmaster, point guard, and traffic cop.”

However, somebody came up with the perfect comparison, and the best one he’s heard up until now, which he agrees with when they said, “You’re the dad who turns around and says, ‘If I hear any more I’m going to stop this car and turn this around.’”

Johnson is so good as a host on the show that nobody was surprised when it won an Emmy Award earlier. So, where is Ernie Johnson now?

Keep reading to know what happened to Ernie Johnson and where he is.

In February 2018, Johnson was at the NBA Legends Brunch. He read out his traditional poem honoring all of the NBA legends who were attending the ceremony.

Apart from his show, Inside the NBA, Johnson is hosting Tuesday Fan Night on sister station NBA TV, along with two other cohosts.

The sportscaster also hosts and moderates Open Court on NBA TV. On the show, Ernie Johnson and TNT’s panel of NBA analysts discuss various topics such as the history of the NBA and the current day situation in the league.

Johnson’s passion for sports doesn’t stop at basketball. He is also the play-by-play announcer for TNT’s PGA Tour coverage.

The only time Johnson stayed away from the sports he loves so much was when he was afflicted by and recuperating from cancer in the early and mid-2000s.

Also Read: Dick Enberg’s Net Worth: The Sportscaster’s Death Marks the End of an Era

Can’t Keep a Good Man Down

The sportscaster was diagnosed with non-Hodgkin’s lymphoma in 2003. However, he continued to work until June 2006, which is when he began his treatment.

Johnson missed being a part of TNT’s coverage of the British Open and the PGA Championship, the last two major golf championships of 2006. So he returned to his job and began hosting Inside the NBA on October 31, 2006, even as he continued his chemotherapy treatments.

Ernie Johnson is just 61 years old. And given his passion and expertise in sportscasting, he is sure to be around for a long time.

The sportscaster for Turner Sports and CBS Sports will continue to enliven every viewer’s day and night with his play-by-play commentary.