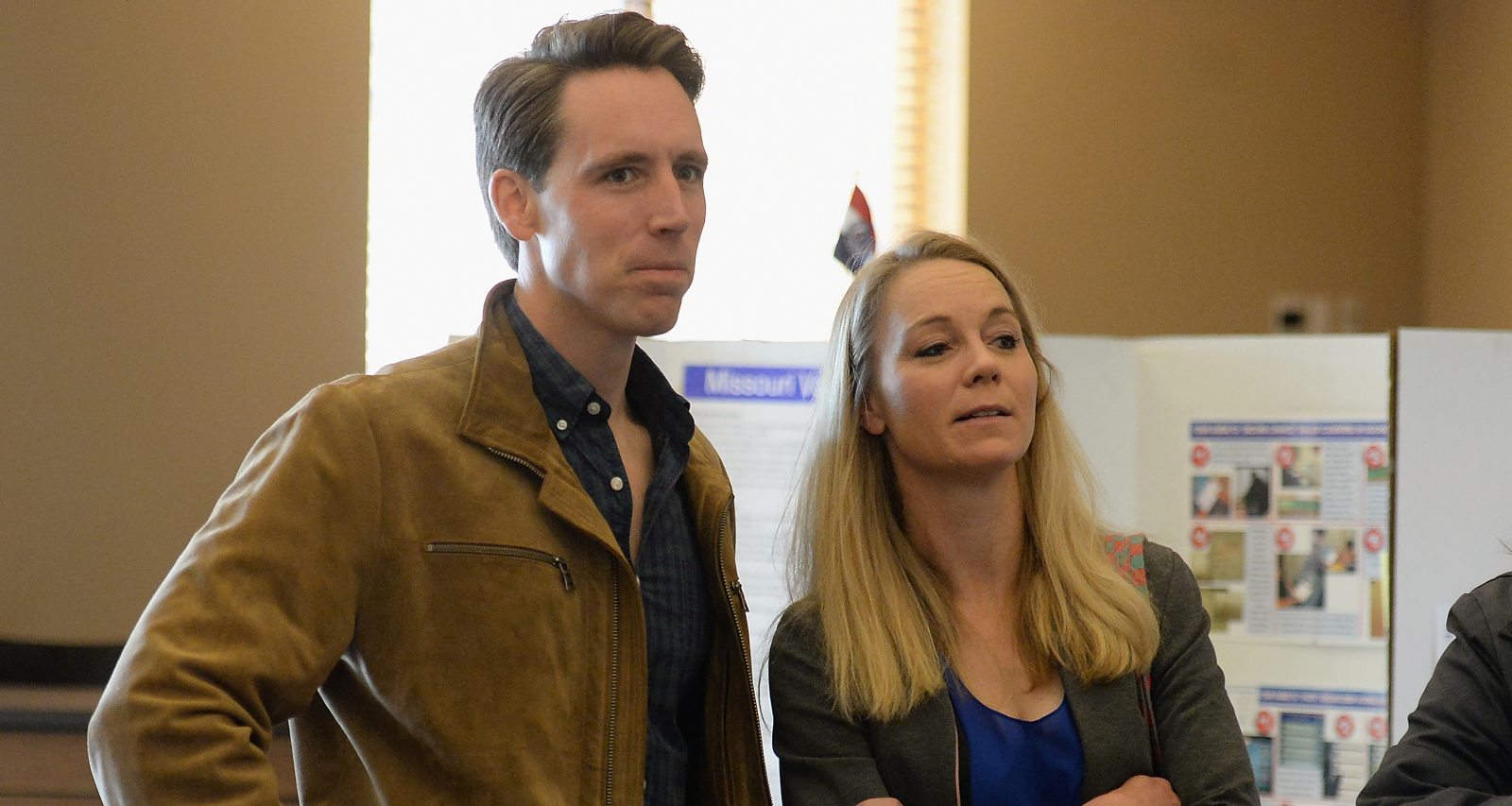 Josh Hawley with his wife, Erin Hawley, casts their votes on election day at The Crossings Church (Photo by Michael Thomas/Getty Images)

Senator Josh Hawley claimed that protestors vandalized his home and threatened his wife and newborn child in a January 4 tweet. The alleged incident has provoked curiosity about Josh Hawley’s wife, Erin Morrow Hawley. Erin built an impressive career with her passion for farm-related policies and teaching. While Josh’s statements have yet to be confirmed, the Internet wants to know more about Erin, which we reveal in Erin Morrow Hawley’s wiki.

Born Erin Morrow, this New Mexico native celebrates her birthday on January 17. She is the eldest of three daughters born to Shari Morrow.

The Morrow family settled in Fulsom, New Mexico in 1891 and built the Morrow Family Ranch there. Six generations of Morrows have grown up on the ranch while raising livestock.

Shari and her daughters—Erin, Maggie, and Rori—also grew up on the ranch. Several of Erin’s extended family members also live on the ranch, and some run their individual businesses from there.

Her mother, Shari Morrow, passed away in April 2019, suddenly. Erin Hawley and husband Josh Hawley drove across the country with their kids to the ranch when they heard the news.

The erstwhile Erin Morrow competed for Casper Junior College in Wyoming and then transferred to Texas A&M, where she was a member of the 2001 All-American Livestock Judging Team.

In November 2001, Hawley earned national recognition as an All-American in collegiate livestock judging. The award “recognizes excellence in academic performance and extracurricular involvement, accomplishments in livestock judging on the national level, and career goals,” per her feature on the Department of Animal Science website.

She was a top student in the department as part of its honors program. She earned her bachelor’s degree in animal science from Texas A&M University in 2002.

With a new interest in farm laws, Hawley pursued law at the University of Texas for a year. With encouragement from a professor and offers from top law schools, Erin transferred to Yale Law School and earned her law degree in 2005.

At Yale, she was a Coker Fellow, a teaching assistant for constitutional law, and also an editor of The Yale Law Journal.

While studying in Texas, Hawley was an agricultural and natural resources policy intern for Congressman Mac Thornberry. Participating in farm bill hearings back then was her inspiration to study law.

After graduating from Yale, she built her resume with jobs as a litigation associate with Kirkland & Ellis LLP in Washington, D.C., and a law clerk with J. Harvie Wilkinson III, U. S. Court of Appeals for the Fourth Circuit, and U.S. Supreme Court Chief Justice John Roberts. She also did case briefings in the U.S. Supreme Court and federal appeals courts. In 2008, she had a stint working for then-Attorney General Michael Mukasey.

Hawley is not only passionate about farming laws, but also interested in teaching. The opportunity to teach at George Mason University School in 2009 and 2010 combined both passions.

She’s also an associate professor of law in agricultural law and constitutional litigation at the University of Missouri School of Law in Columbia, Missouri. The status of her current work is not known.

Erin Hawley has expanded her career to other media in recent years. She authored the book Living Beloved: Lessons from My Little Ones about the Heart of God and contributed to The National Law Journal, The Federalist, and The Washington Examiner. She also co-hosts the podcast Sacred Season, which began in 2019.

They’ve been together for many years, but it’s not known when they married. They both practiced in D.C. before moving to Missouri where Josh entered the Senate race.

Erin and Josh Hawley are parents to two sons—Elijah (born 2013) and Blaise (2015). They welcomed their third child, a girl named Abigail, recently, but further details about the youngest Hawley are unknown as of this writing.