Daniel Radcliffe is self-isolating in New York and getting acquainted with the concept of “Thirst Tweets” in a series of home interviews promoting his latest Netflix show. The Unbreakable Kimmy Schmidt: Kimmy vs. The Reverend star’s interview featured a disembodied cameo by his girlfriend, laughing at him. Radcliffe has been in a relationship with Erin Darke for years. Our Erin Darke wiki has all the deets on the Harry Potter star’s girlfriend.

Erin Darke Is from Flint, Michigan

Erin Maya Darke was born on September 10, 1984 to Kristina Strand and Ian Darke. While Erin now resides in New York, she and her brother Kevin were raised in Flint, Michigan.

Erin Darke, who describes herself as a “girl from Flint,” came to New York when she was 21. She studied in her hometown and even got her start in theater there.

Danielle Radcliffe has often visited Darke’s family in her hometown. He even reportedly supports the local sports teams.

Flint has been in the media for a while due to the water crisis there. Darke naturally hurts for her hometown and has spoken up about the crisis.

Don’t Miss: Everything You Need to Know About Maddy Spidell, YouTuber MrBeast’s Girlfriend

Darke Was a Casting Assistant

Erin Darke was 13 years old when she caught the acting bug after appearing in a youth theater Christmas production. From then on, she performed in multiple Flint Youth Theater productions, where she impressed her mentors with her dedication to the craft.

Before graduating high school, Darke applied for theater scholarships. She secured a competitive scholarship to the University of Michigan-Flint, where she became known among her peers as a promising actress.

After Darke graduated with a bachelor’s degree in fine arts, she moved to New York, where she joined the Upright Citizen’s Brigade. With the improv group, she did stand-up, plays, and storytelling, while also working as a casting associate for film and TV productions, including The Wolverine.

Darke moved on to on-camera roles, with credits like Good Girls Revolt, Dietland, The Marvelous Mrs. Maisel, and FBI.

Erin Darke had a minor role in the 2013 movie, Kill Your Darlings, starring Daniel Radcliffe and David Cross. After connecting on set, the two have been together since.

After several years together, rumors began circulating that Darke and Radcliffe were engaged. The Harry Potter star’s visit to Flint only seemed to fuel those rumors. However, Darke’s dad denied claims about an engagement. 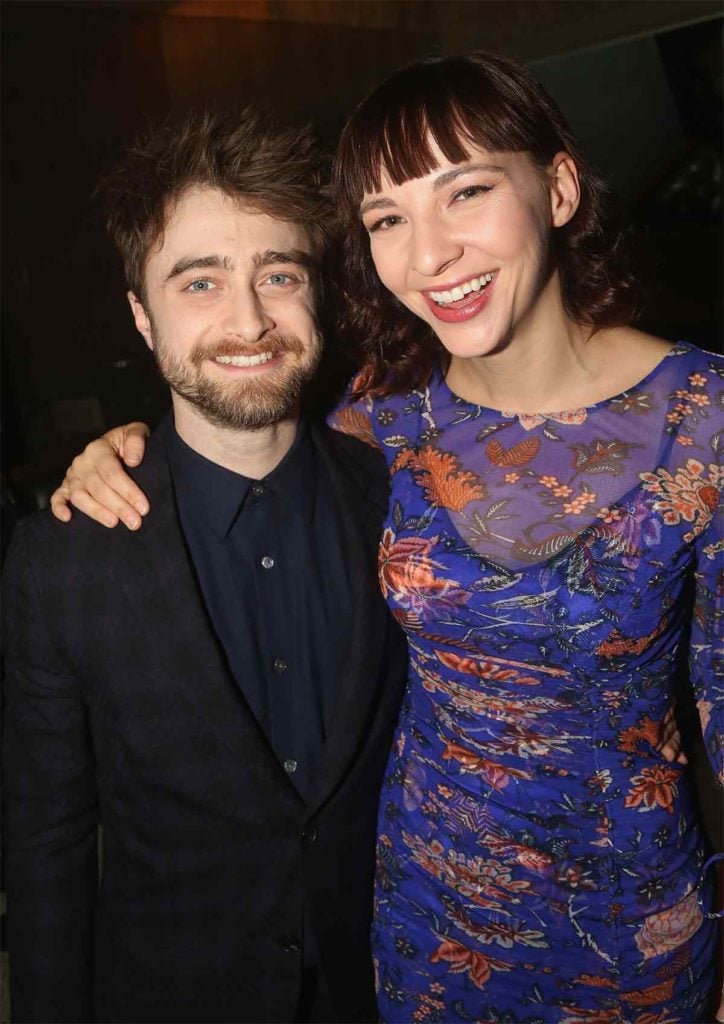 Daniel Radcliffe and girlfriend Erin Darke pose at the opening night after-party for the hit play, “The Lifespan of A Fact” on Broadway at Brasserie 8 1/2 on October 18, 2018 in New York City. (Photo by Bruce Glikas/Bruce Glikas/FilmMagic)

Radcliffe and Darke are currently self-isolating together in New York.

Radcliffe was recently the subject of a coronavirus hoax, which he debunked in a series of home interviews, while promoting his latest Netflix series, Unbreakable Kimmy Schmidt: Kimmy vs. The Reverend.