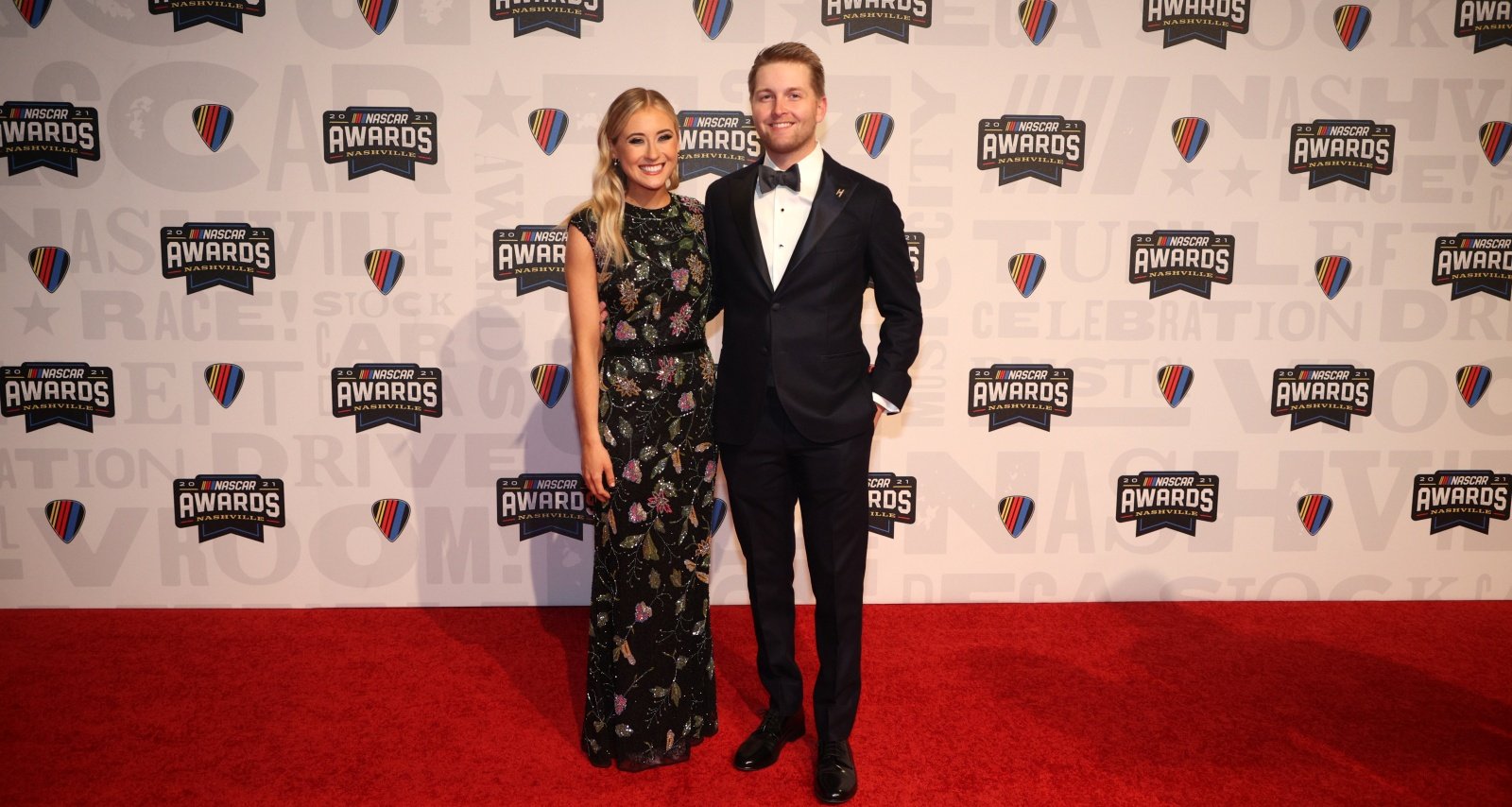 NASCAR Cup Series driver William Byron and guest Erin Blaney pose on the red carpet prior to the NASCAR Champion's Banquet at the Music City Center on December 02, 2021 in Nashville, Tennessee. (Photo by Chris Graythen/Getty Images)

William Byron is having an eventful NASCAR season, as he is prone to do. However, fans are always on the watch for a family rivalry on the tracks between William Byron and Ryan Blaney. That’s because William Byron’s girlfriend has a familial connection to the No. 12 Mustang driver. Erin Blaney is well-versed in the racing world, having grown up in it. She’s recently attracted attention during the NASCAR season as her brother and boyfriend slam fenders on the track. Fans are as curious about who she cheers for on the tracks as they are about who she is. So we’ll reveal everything about their relationship in this Erin Blaney wiki.

Erin Blaney was born on March 12, 1997. As her last name indicates, she comes from NASCAR royalty.

Erin is one of three children born to Dave Blaney, the semi-active NASCAR driver, and his wife, Lisa. Her grandfather, Lou Blaney, is considered a dirt track legend.

Fans often wonder: who does Erin Blaney cheer for, her brother or her boyfriend? This question remains unanswered as of now.

After graduating from Bishop McGuinness Catholic High School, Erin Blaney attended the University of Alabama from 2015 to 2019. She received her bachelor’s degree in human environmental sciences, public health education and promotion, with a minor in advertising.

Blaney balanced academics with her job at a boutique. She also had an internship in Ireland and another internship at Make-A-Wish.

Since 2019, Blaney has been serving as the executive director of the Ryan Blaney Family Foundation. She had previous experience in voluntary work with the Alzheimer’s Association.

William Byron has been dating his rival’s sister, Erin Blaney, since October 2019. He made their relationship Instagram-official a month later.

Ryan Blaney revealed in an interview that he found out about his sister’s romance with the No. 24 Chevrolet driver through a third-party source at the Martinville Speedway. This added an intense context to Ryan Blaney and Byron’s fender-slamming race that day.

“Man. No wonder he raced me so hard that day. I should have handled that better,” Byron exclaimed after learning about how Ryan found out he was dating Erin.

Despite how it may seem, Ryan is far from displeased about his sister’s relationship.

“I mean, people always ask me, ‘Are you mad that Will is dating your sister?’ I don’t care, she’s 22 and can do whatever she wants. And I like him. So it’s all good,” Ryan admitted back then.

Ryan Blaney and Byron might butt heads on the track, but after a race, they are great friends. Byron has even joined the Blaney family on holidays about which he posts on his Instagram. And if Ryan leaves warning emojis in the comments section, it’s all in jest.