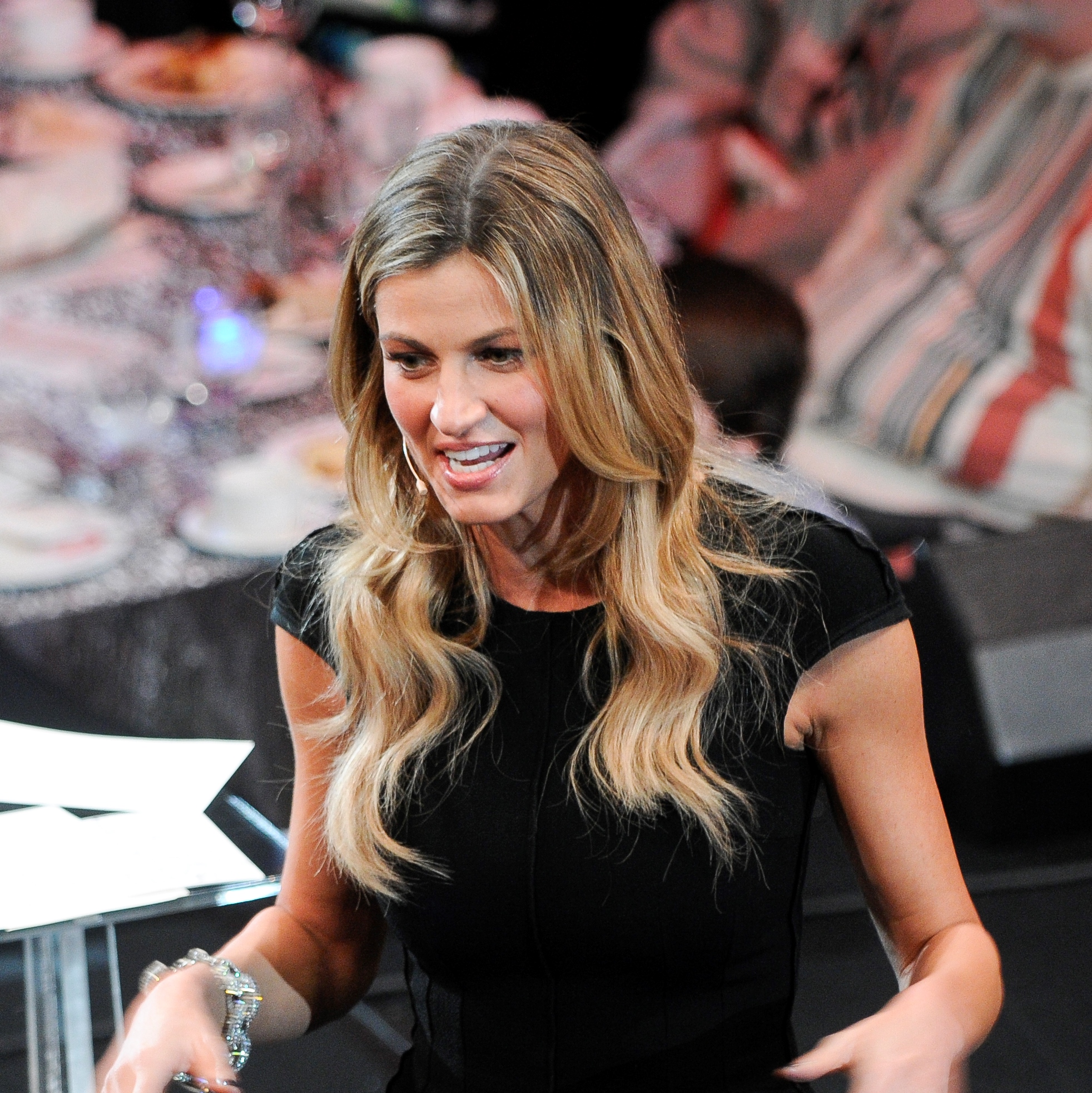 Erin Andrews may have found a new calling as a performer. The sports broadcaster and Dancing with the Stars host is being featured in a very entertaining new music video released by music gaming giant, Guitar Hero.

Andrews shared the news on her Twitter page, writing, “Dance to it, sing to it, play along to it! I’m in a new music video from @guitarhero!” She included a link to a YouTube video uploaded earlier today of something called #GuitarHeroTVStar. Set to Ed Sheeran’s song “Sing,” the video shows guitar notes for the track on the middle of the screen (the ones you see when you’re playing Guitar Hero), and then a montage of people around the screen, each one lip syncing to the song.

The music video was essentially put together using individual video submissions from fans. You can catch Erin Andrews’ contribution at around the 2:08 mark. (Look at the top left corner.)

Fans of Erin Andrews may recognize her video—she shared it earlier this month on Instagram and admitted that she had recorded it in between breaks while shooting Dancing with the Stars.

The final music video that debuted today was originally created to help promote Guitar Hero TV (GHTV), which is one part of Guitar Hero Live, the new generation of the original game. GHTV allows users to browse through music videos from a range of different genres and then play along either on your own, with friends, or with other players online.

The second part of Guitar Hero Live allows you to play as if you’re performing in front of a live audience, who will react based on how well you’re doing. Talk about the new age of video games!