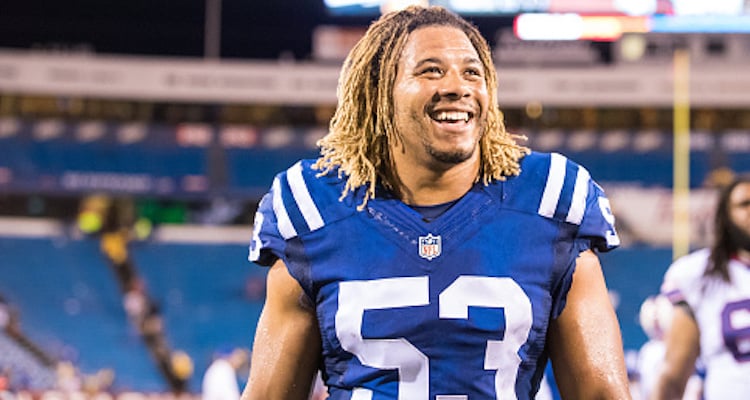 Many are mourning the loss of Indiana Colts linebacker Edwin Jackson, who died Sunday morning. Fans of the late 26-year-old are looking for answers, including the subject of Edwin Jackson’s wife and what she must be going through. But who is she? For more details, have a look at our Erika Zanders wiki.

Jackson was one of two people killed in a collision after being struck by a Ford pick up truck. Jackson was hit, along with his Uber driver, 54-year-old Jeffrey Monroe. According to Indiana State Police, the other driver was Alex Cabrera Gonsales, 37, who was found fleeing the scene, intoxicated, and with no license. He was taken to Marion County Jail, where toxicology reports are pending.

In recent updates, it has been reported that Alex Cabrera Gonsales was a false name given to police and that the man’s real name is Manuel Orrego-Savala. According to police, he is an illegal immigrant living in the U.S., who has been deported twice. He was reportedly driving without a license and is believed to have had a blood alcohol level of .15 at the time of the crash.

“We were heartbroken to hear the news of Edwin Jackson’s passing,” the Colts said in a statement. “Edwin was loved by all in the Colts organization. We admired his outgoing personality, competitive spirit and hard-working mentality.”

The statement continued, “He was well-respected among all with whom he crossed paths, and he will be greatly missed in our locker room and throughout our entire organization. We also understand that another person lost his life in the accident, only adding to our sorrow on this day. We are shocked and saddened by this tragedy, and our thoughts and prayers are with the families of both men during this difficult time.”

Jackson’s family also released a statement, after learning of what happened to him.

“Edwin was an amazing young man that filed our lives with joy and pride,” his family said in a statement to 11alive.com. “He was kind, thoughtful, humble, passionate about football and loved his family. We ask that all who were blessed to have crossed his path remember him and his amazing smile.”

Since the news was announced, other members of the Colts have been sending their love to their fallen teammate.

Matt Overton, a former teammate of Jackson’s, wrote: “Your love for life, passion for the game & heart to serve was contagious. Continue to shine your light from above brother! We love & will miss you @edALWAYZwin. My heart & prayers go out to the Jackson family & to our @Colts family[sic].”

“Can’t believe the news I just heard,” tweeted Jemel Singleton, a coach for the Colts. “That young man lit up the locker room with his smile. Rest In Peace brutha. #GoneTooSoon.”

Funeral arrangements have not been announced as yet but fans of the late linebacker have been leaving their well wishes on his Instagram account.