Erika Nardini is a name known to Stoolies everywhere, next to El Presidente Dave Portnoy, of course. The reigning Chief Executive Officer (CEO) of Barstool Sports has acquired a reputation for standing up for the unabashed, unfiltered, and unrivaled sports media site. Nardini has helped build Barstool to be a multimedia empire valued at $100.0 million, and her journey is nothing short of impressive. Our Erika Nardini wiki traces the rise of the queen of Barstool.

Born Erika Kathryn Ayers on November 6, 1975 in Colorado, she spent her childhood in New Hampshire and Vermont. She later lived in Boston, Massachusetts, but moved to New York.

Her parents, Richard Wendell Ayers and Mina Ayers, were teachers for many years. Erika’s father was a superintendent for his school district.

“They’re in their 70s, and both of them still teach,” Erika said in 2017. “Though my dad used to be a superintendent. My mom is a vocational teacher. She wanted to help the kids who had chosen a different path. They’re huge optimists.”

Erika Nardini (then Ayers) graduated from Colby College, Maine in 1998 with a B.S. in sociology and philosophy. But her career trajectory was quite different from her college major.

After interning at Boston-based Fidelity Investments, Nardini began rethinking her career choices. She went back to Fidelity, this time joining the legal department, hoping to become a lawyer.

The perks were good—Nardini said her salary was $50,000—but she was miserable in that job. It wasn’t until she transferred to the advertising department that she felt she had found her place. Nardini’s salary dropped to $16,000 and she racked up debt, but she was happy in the creative environment.

Nardini was the media manager at Fidelity when she left it in 2001 and joined another advertising firm. When she began working in the digital medium, she never looked back. Nardini’s resume boasts Microsoft, Yahoo!, and AOL, along with a brief start-up of her own, before she came to Barstool Sports in 2016. 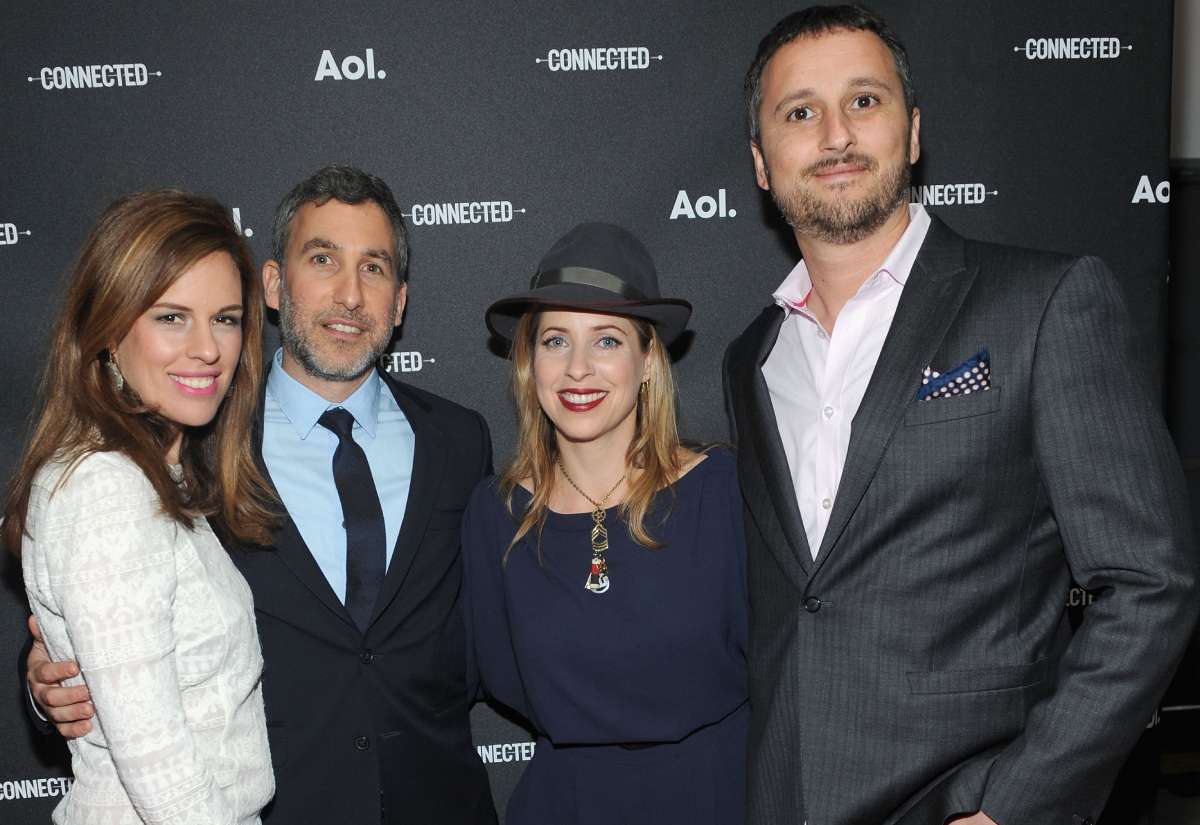 Nardini Is the First CEO of Barstool Sports

Erika Nardini had done well for herself in the advertising field. But that didn’t sate her appetite to create fresh content herself.

The former Boston resident had been a fan of Barstool Sports when it was a print newspaper in 2003. More than a decade later, the popular sports blog had been acquired by the Cherin Group, moving to New York in 2016.

Nardini was working in New York then and had met El Presidente, Dave Portnoy, over coffee. Their discussions must have gone well, because in July 2016, Nardini was appointed the CEO of Barstool Sports, while Portnoy knighted himself Chief of Content.

The former hockey and lacrosse player was a perfect fit for the first CEO of Barstool Sports. Not only is she an expert in digital marketing and monetizing, but she’s also adept at hosting and creating her own content for the site.

NY Posts’ Most Controversial Woman in Sports hosts her own show under the Barstool umbrella and also appears in other podcasts and shows. Acknowledged as an expert in her domain, Nardini is called on for news panels and events.

Under her leadership, Barstool grew into a nationwide multimedia empire with a valuation of $100.0 million. Her early career move might have gotten her into debt, but she’s now successful in the field with a net worth estimated at $10.0 million.

Nardini & Her Husband Have Two Children

Brett, who works for Wells Fargo in New York, is a very private person, who doesn’t appear in public. At one point, a Barstool writer was mistaken as Brett, until said writer clarified the case of mixed-up identities.

The Nardinis are also protective of their children’s privacy. The children don’t feature on Erika Nardini’s social media, though they had a brief debut on Instagram in 2017.

Erika Nardini can be commended for balancing her career with her home life and motherhood. In one instance, the career woman was being interviewed while her kids were playing close by. Nardini almost makes it all look so easy!