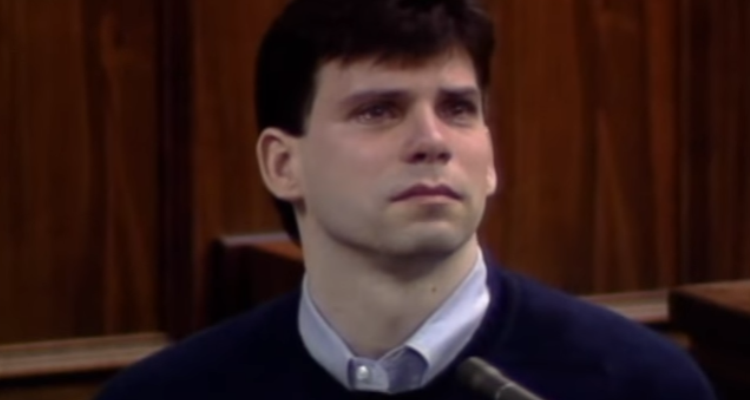 With Lifetime’s new TV movie coming out based on the Menendez brothers, many are curious about the details behind the gruesome murder of their parents, and the sensationalized trial that followed. People are also wondering “where is Erik Menendez now?” If you’re curious to know more, then take a closer look with our Erik Menendez wiki.

Erik Galen Menendez was born on November 27, 1970 in New Jersey to Hollywood executive Jose Menendez and Mary Louise Anderson, better known as Kitty Menendez. He and his older brother Lyle grew up in a world of wealth and privilege, having lived in New Jersey before moving to Los Angeles. Erik, now 46, was always considered sensitive, quiet and always wanted to emulate his brother, as he lived in his shadow for a time.

He Kept Spending after His Parents Died

In the wake of his parents’ death, both brothers brought suspicion upon themselves for spending lavishly. They had inherited their parents’ estate and were instant millionaires. They spent between $500,000 and $700,000. Erik decided not to attend UCLA as his father would have hoped, and instead he decided to travel the world with his new fortune and pursue a tennis career. He paid $50,000 a year for a tennis coach, he bought a Jeep Wrangler, and he even threw down $40,000 for an investment in a rock concert at L.A.’s Palladium with a partner who “stiffed him.” Spending wasn’t enough to charge or convict, but it was enough to suspect that the brothers weren’t as innocent and bereaved as they seemed.

He Confessed to Murdering His Parents

In August 1989, Erik and Lyle had shot their parents several times, making it look like a Mafia hit. Jose had been shot in the back of the head, almost to the point of decapitation and Kitty was shot in the face, making her unrecognizable. Both parents were shot in their knee caps, shortly after they were dead. The brothers claimed self-defense for all the sexual, physical, and emotional abuse their father put them through and because their mother enabled it.

Erik and Lyle were almost home free until Erik’s guilt began to eat away at him. First, he confided in Craig Cingnarelli, then to Beverly Hills psychologist Jerome Oziel, whom he had been seeing for a while. Lyle found out about the confession and threatened to kill Oziel if he told anyone, a maneuver that back fired. Oziel’s girlfriend at the time, Judalon Smyth, listened and recorded the threatening conversation from the waiting room. But she waited five months before she told the police anything. Oziel eventually lost his license but not before the tapes were allowed into evidence, which led to Lyle’s arrest. Erik turned himself in after coming back form playing tennis in Israel.

Where is Erik Menendez Today?

Today, Erik is serving life in prison without the possibility of parole, in a different prison than his brother. And for those looking for Erik Menendez’s wife, you will be shocked to know that he is still with his long-time love, Tammi, to this day. The couple were originally pen-pals while Erik served his sentence behind bars, but in June of 1999, Erik married Tammi (nee Sacoman) making her Erik Menendez’s wife. In an interview with People magazine in 2005, Tammi Menéndez stated that “Not having sex in my life is difficult, but it’s not a problem for me. I have to be physically detached, and I’m emotionally attached to Erik… My family does not understand. When it started to get serious, some of them just threw up their hands.” Tami also went on to explain that she and her daughter would regularly drive the 150 miles to visit Erik on weekends. The brothers, who are being held in different penitentiaries will likely never see the outside of a jail cell for the remainder of their lives. According to sources, the two have not even seen each other in over a decade.

On June 11 at 9:00 p.m., Lifetime is also premiering a TV movie based on the true story, with Glee actor Myko Olivier as Erik.