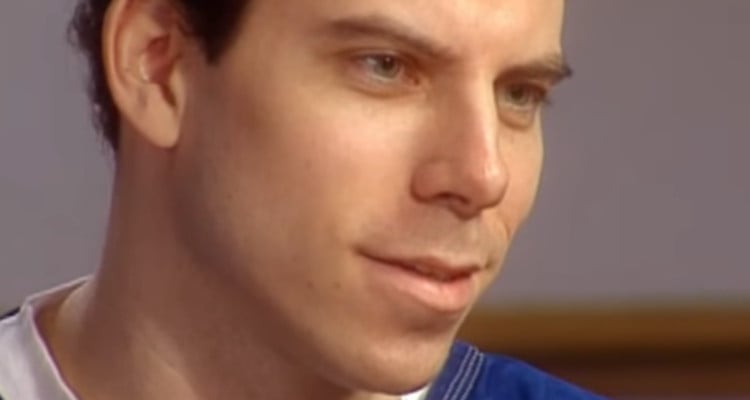 The Lifetime movie, Menendez: Blood Brothers, is about the Menendez brothers and the 1989 murder of their parents, José and Kitty. The two brothers are currently serving life sentences, and are married. Here is everything you need to know about Erik Menendez’s wife in our Tammi Ruth Saccoman wiki.

Menendez: Blood Brothers shows a different side to the story that was made famous by the media almost 30 years ago. The film mentions the sexual abuse that both brothers claimed to have suffered during their childhood. Nico Tortorella, who plays older brother Lyle Menendez, revealed that he would like both brothers to get another chance in court, as the judged ruled that “sexual abuse had to be between a man and a woman” and not between two men.

Both Erik and Lyle Menendez have been serving a life sentence since 1996. With stories of convicted murders like Charles Manson getting married while behind bars, it comes as no surprise that the Menendez brothers are both married. Erik Menendez has been married to Tammi Ruth Saccoman since 1999. Here are all the details you need to know about Tammi Menendez and her marriage to Erik Menendez.

In 1993, Tammi Ruth Saccoman watched Erik and Lyle Menendez’s televised trial and immediately felt empathy towards the younger brother. So much so, that she felt compelled to write to him. Although Saccoman was already married at the time, she reached out to Erik Menendez, without knowing if he would reply to her. Saccoman was living in Hibbing, Minnesota with her teenage daughter and then-husband, Chuck Saccoman, a successful real estate developer.

When Mendendez revealed that he was sexually abused by his father, Saccoman did not initially believe him. However, once she found out that her husband was having a three-year sexual relationship with her daughter —Chuck Saccoman’s stepdaughter— she felt sympathetic towards Mendendez. Her husband turned himself in to the police and two days later, committed suicide. Saccoman and her husband had a daughter together, Talia, who was only nine months old at the time.

Devastated, she reached out to Mendendez, who helped her cope with her husband’s death. The two continued to write as Mendendez was sent to Folsom State Prison. In 1997, Saccoman visited him for the first time and said, “I was nervous, really nervous, meeting him that first time at Folsom. Erik had no idea what I looked like; I’d only sent him a tiny, 1-by-l picture. But when he walked into the room, he was so full of life, he hopped down the stairs. It was like I was meeting an old friend.”

About meeting Saccoman for the first time, Menendez said, “I was nerve-wracked about meeting Tammi. Once I did, I knew right away that I could fall in love with her. I wanted as much from her as she could give emotionally. I knew I liked her too much. Didn’t see Tammi falling in love with me. Remember that when I first met Tammi it was the most beautiful experience of my life. When she crossed the room… Wow! My body lit on fire.”

Menendez and Saccoman got married in 1999 in the waiting room at Folsom State Prison. Although Tammi Saccoman is 10 years older than Erik Mendendez, they were determined to make their unconventional marriage work. Although the prison does not allow conjugal visits, the couple are happy to have each other’s emotional support. In 2005, Saccoman wrote a book titled, They Said We’d Never Make It: My Life with Erik Menendez about their relationship and how they are making their marriage work.