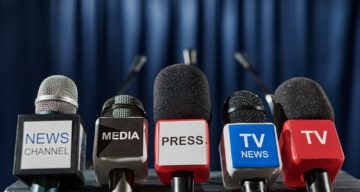 The people of Tampa Bay woke up to the beautiful smile and voice of Erica Riggins for 20 years. And now, she is moving to the next adventure in her life. Erica Riggins announced that she is leaving Spectrum Bay News 9 in September 2022. The announcement led to several questions from the viewers. They want to know where the anchor is going and if her new job is also taking her away from Tampa Bay. Find out what Erica Riggins said about her departure from Bay News 9.

Erica Riggins is a Texas native who graduated with a mechanical engineering degree from the University of Texas. After working as an equipment engineer for a telecom company for several years, she realized that she wanted to have a more meaningful career and make a difference in the community.

As a result, Riggins decided to change career paths and returned to school to study communications and TV journalism. Her first job as a reporter was at KXII-TV in Sherman, Texas, where she was a weekend anchor and reporter.

After that, she returned to her hometown and joined News 8 Austin (now Spectrum News) as a weekend morning anchor. Later, she anchored the evening and weekday morning news.

Riggins has received an Emmy Award for her story on students protesting the Iraq war. She has also been conferred the prestigious national Edward R. Murrow Award for several reports highlighting the alarming and widespread child abuse trends.

After reporting in Tampa Bay for 20 years, Riggins has developed a strong relationship with her viewers. They were naturally sad when she announced her departure on the September 21 broadcast.

On September 21, 2022, the mayor issued a statement and announced four new appointments.

Erica Riggins got emotional when she shared the message about her departure from Spectrum Bay News 9. The entire morning news team was present when she made the announcement.