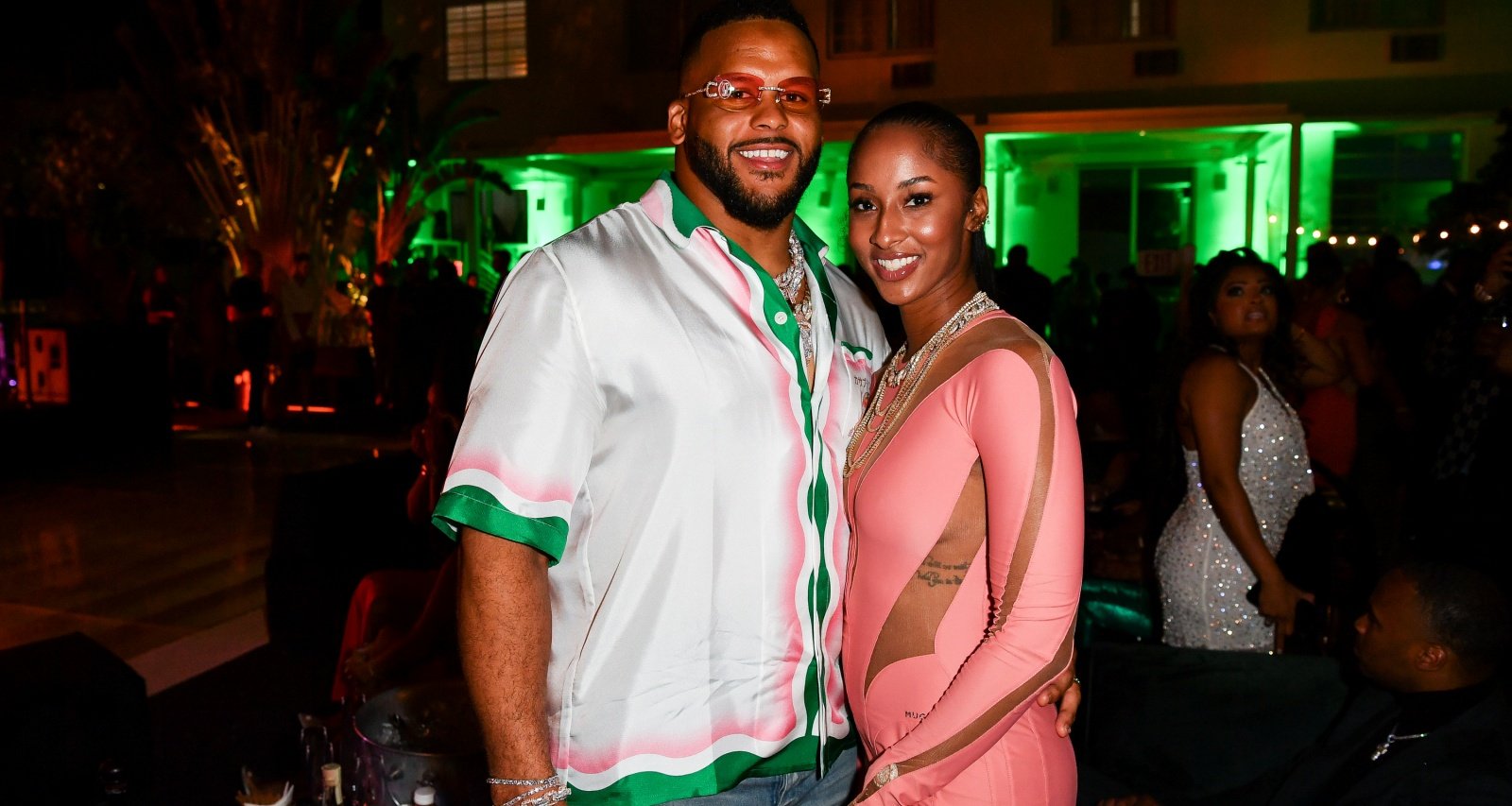 Aaron Donald has floated the idea of retiring from the NFL after signing with Kanye West’s sports agency. He stated that the decision is taken with consideration to his family, which has also turned the spotlight on them. Now, Los Angeles Rams fans want to know more about Aaron Donald’s wife, Erica Donald, as they keep details about their family under wraps. Erica is well-versed with the NFL life and is more than just a WAG in the Rams community. We reveal more about her prolific background in this Erica Donald wiki.

Erica Sherman was born on July 20, 1991, and is a native of California. She is the older of two daughters born to Yvette and Ray Sherman.

Her father might be a recognizable face in NFL circles. He is better known as the NFL coach who has recently worked with the Pittsburgh Steelers. Coach Ray Sherman also had a stint with the St. Louis Rams.

Erica and her sister, Alana, had an older brother, Raymond II. He tragically passed away in 2003 at the age of 14.

Erica Sherman attended Louisiana State University. She graduated with a BA in mass communications and PR in 2012.

Since then, Erica has worked her way up in sports media. It started with internships at the St. Louis Rams franchise, Fox Sports, and Mary Kenealy Events.

She was an assistant in the Glazer Family Foundation at the Tampa Bay Buccaneers from 2013 to 2015. She returned to the Rams franchise right after moving back to Los Angeles until 2020.

Until recently, Erica was the VP of Athlete Partnerships for game1 Studio, a production company that is sports-focused. Now Aaron and Erica Donald signed with Kanye West’s Donda Sports.

Since 2020, Erica has been helping out with Aaron’s agency as interim chairperson of his AD99 Solutions Foundation.

It’s unclear when Aaron Donald and Erica Sherman began dating. They reportedly met when Erica was working with the Rams. Although there are no reports of a wedding, she goes by Erica Donald on social media.

The couple welcomed their first child together, Aeric, in 2021. They keep their children out of the public eye.

Aaron Donald has a daughter, Jaeda, and a son Aaron Jr. from his previous relationship with Jaelynn Blakey. Erica is a proud second mom to her stepchildren.