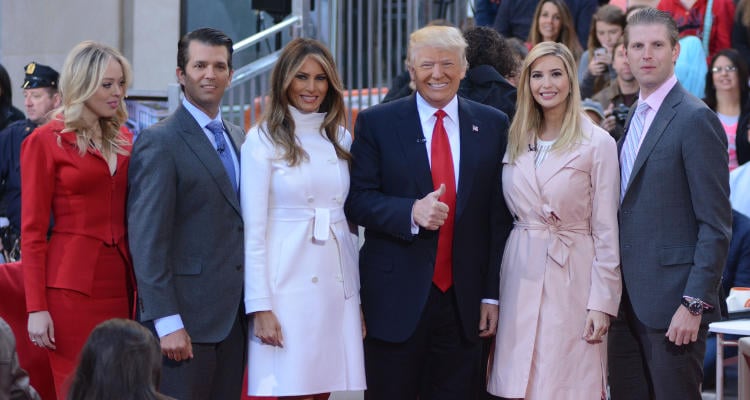 The entire Trump family has been actively participating in their father’s campaign. Eric Trump is no exception; he is supporting his father wholeheartedly in his run for the U.S. President. Apart from this fact, there are many other interesting facts you should know from Eric Trump’s wiki.

Eric Trump is the executive vice president of development and acquisitions of The Donald Trump Organization. Hence, Eric Trump’s net worth is estimated to be around $151 million. If you have been searching for ‘Eric Trump speech,’ ‘Eric Trump mother,’ and ‘Donald Trump children’, then you will be happy to know that we are going to provide you with all the details from Eric Trump’s wiki.

He was born as Eric Frederick Trump on January 6, 1984, in Manhattan. He is Donald Trump’s son and he is the third child of Ivana Trump and Donald Trump. His parents got divorced in the year 1991 when Eric was seven years old. Initially, he went to Trinity school and later on shifted to The Hill school. He served on The Hill school’s board until the year 2013. He attended Georgetown University in Washington D.C. and graduated with a degree in finance and management.

His mother, Ivana Trump, is a former fashion model and a Czech socialite. She was Donald Trump’s first wife and they got married in the year 1977. He is their third child, born after Donald Trump Jr. and Ivanka Trump. Reportedly, the children were constantly surrounded by nannies and Ivana’s parents. After the divorce, Ivana gained full custody of their three kids and raised them on her own, until they went off to college. After they grew up and graduated, Donald gave all three of them their respective positions in the Donald Trump organization.

Proud to take the stage today with @donaldjtrumpjr to support our father, @realdonaldtrump, at a rally in #Vegas! Incredible turn out, as always. Thank you!

Eric Trump’s wife, Lara Yunaska, is an associate producer at the CBS television news program, Inside Edition. The couple had dated for six long years before Eric popped the question at the Trump Seven Springs estate in Bedford, New York. The pair got engaged on July 4, 2013, and got married one year later on November 8, 2014, at Mar-a-Lago Club in Palm Beach, Florida. Earlier, Lara was once a personal trainer and still continues her hobby, as she still is a nutritionist and also a fitness enthusiast. Although the couple have no children, they are very close to their dog and actively post photos on their social media accounts.

Although all the three children are executive vice presidents of The Donald Trump organization, each one of them specializes in their own respective area. Eric loves to play golf and since the year 2013 he has extended Trump’s golf courses to 17 different locations, covering various regions like New York, Scotland.

Raised Money For a Cause

In the year 2006, Eric started the Eric Trump Foundation which raises money for terminally-ill children. His foundation donated around $30.0 million to the St. Jude Children’s Research Hospital in California. He said, “Cancer research and treatment is expensive and cannot be done without substantial financing, which is why it’s so important to support their efforts,” he further added, “Doing so has become a major facet of my life and one in which I am incredibly passionate.”