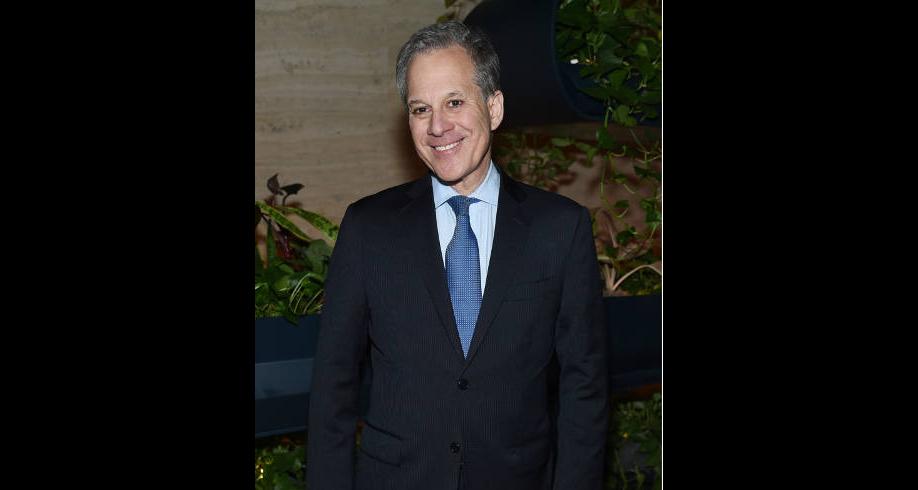 Attorney General of New York Eric Schneiderman attends The Hollywood Reporter's Most Powerful People In Media 2018 at The Pool on April 12, 2018 in New York City. (Photo by Jamie McCarthy/Getty Images)

American lawyer and politician Eric Schneiderman’s career has taken a dive, now that a few of his ex-girlfriends have accused him of physical abuse. According to the accounts of four former lovers, the 65th Attorney General of New York, who has been a vocal activist for stopping the abuse against women, seems to now have his foot in his mouth. So, what exactly has he been accused of, who are these women, and who is Eric Schneiderman dating now? Keep reading to find out all the details about Eric Schneiderman’s girlfriends of the past!

Throughout his life, he has been with a lot of women. And now, a couple of them have come forward and alleged that he physically abused them.

Schneiderman was a strong supporter of the #MeToo Movement and was very vocal in his plight against Harvey Weinstein. However, it looks like his own previous romantic relationships were far from perfect. And now, an article published in The New Yorker has revealed his alleged abuse.

Check out Eric Schneiderman’s dating timeline and girlfriends list over the years. Two of these women came out with their allegations to The New Yorker.

Right now, it looks like Schneiderman is not dating anybody. However, his last reported relationship was in 2016 with author, actor, and producer, Tanya Selvaratnam. She is Sri Lankan and is one of the exes who has accused Schneiderman of abusing her.

The pair reportedly started dating from the summer of 2016 until the fall of 2017. But their relationship became a nightmare for Selvaratnam.

Selvaratnam claims that Schneiderman would call her his “brown slave” and wanted her to call him “Master.” She said that he started slapping her after they got to know each other.

According to Selvaratnam, the abuse increased so much that he was not just slapping her, but he started spitting on her and choking her. In fact, Selvaratnam explained that Schneiderman threatened to have her phones tapped, have her followed, and even have her killed if she broke up with him.

She said the relationship became so abusive that she was too afraid to come forward, and that she had to enlist the help of a friend to help her finally leave him. (However, Schneiderman’s spokesperson said that he “never made any of these threats.”)

The romance between Barish and Schneiderman reportedly started in the summer of 2013 until New Year’s Day 2015.

Michelle Manning Barish is a political activist and a divorced single mother.

Barish claims that she started noticing the darker sides of Schneiderman in the beginning if the relationship itself. She revealed that he asked her to get her wrist tattoo removed because it didn’t go well with the image of his potential wife.

Looking back now, she believes it was an early sign of him trying to control her body.

According to Barish, Schneiderman became very abusive almost a month into their relationship. They had both been drinking the night of the first encounter of abuse, but she says she remembers it well.

Schneiderman allegedly called her a whore and slapped her so hard that her ear was ringing, and she fell backward onto the bed.

“I got up to try to shove him back, or take a swing, and he pushed me back down. He then used his body weight to hold me down, and he began to choke me. The choking was very hard. It was really bad,” Barish explained.

She revealed that she left the room telling him that they were through.

“This was under no circumstances a sex game gone wrong. This did not happen while we were having sex. I was fully dressed and remained that way. It was completely unexpected and shocking. I did not consent to physical assault,” she added.

But after Schneiderman persisted with his calls and apologies, Barish went back to him. She was divorced from her former husband Chris Barish and admitted she fell hard for Schneiderman, who seemed to share her same values and progressive idealism.

According to reports, they were in an on-and-off relationship for almost two years. A lot of physical and verbal abuse followed in their relationship. She even alleged that Schneiderman drank often and abused prescription tranquilizers and Xanax.

The abuse continued, and Barish alleges he even threatened to kill her if she ever left him. Finally, in 2015, the pair split for good.

Schneiderman walked down the aisle with Jennifer Cunningham in 1990. She is a famous public relations consultant and former lobbyist. Cunningham was once named as one of the “100 most influential women in NYC business.”

Their wedding ceremony was performed at the Columns in New York. The couple has a daughter together named Catherine, who studied at Columbia University in the City of New York and attended Bard Early Colleges. She currently lives in New York.

But their once blissful marriage came to an end in 1996. The reason for their split is not given.

But according to an article in The New York Times, Cunningham stated that she was “taken aback by the allegations leveled against him.” She added that she’s known Schneiderman for over 35 years as a husband, father, and friend.

“These allegations are completely inconsistent with the man I know, who has always been someone of the highest character, outstanding values and a loving father,” she stated.

However, as of yesterday (Tuesday, May 8, 2018), Eric Schneiderman abruptly resigned from his position as the 65th Attorney General of New York, after serving 10 years with the New York State Senate.

According to reports, he is lawyering up to fight these allegations and clear his name.

“It’s been my great honor and privilege to serve as Attorney General for the people of the State of New York. In the last several hours, serious allegations, which I strongly contest, have been made against me,” Eric Schneiderman said in a statement.

“While these allegations are unrelated to my professional conduct or the operations of the office, they will effectively prevent me from leading the office’s work at this critical time. I therefore resign my office, effective at the close of business on May 8, 2018,” he added.