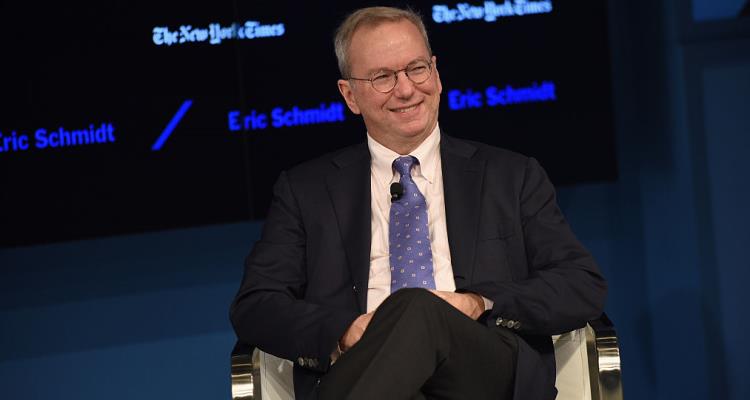 How much does Eric Schmidt make a year? People have been asking now that Eric Schmidt, Alphabet CEO, is stepping down after being with Google’s parent company since 2001. Now, many want to know why he’s leaving and how much he made. We have everything you need to know about Eric Schmidt’s net worth of $13.7 billion, so keep reading to learn more!

Who is Eric Schmidt?

Eric Schmidt,62, was born in 1955 in Falls Church, Virginia and is the 119th richest person in the world. He graduated with a bachelor of arts/science from Princeton University; a doctorate from University of California at Berkeley, where he also received a master’s of science. He has been married to his wife, Wendy Schmidt, since 1980 and they have two children together and currently lives in Atherton, California.

How Rich is Eric Schmidt?

According to Forbes, the majority of Schmidt’s Alphabet stock is responsible for his wealth. He served as Google’s CEO from 2001-2011 and then became CEO of Alphabet Inc. Google was founded in September 1998 by Larry Page and Sergey Brin, with Schmidt joining on later to help navigate the company with its young founders. He helped take Google public in 2004 and was instrumental in turning it into the tech giant it is today. In addition to Schmidt’s responsibilities as CEO, he was also Google’s global ambassador and would often make trips to Washington, D.C. and of course, the White House.

“Since 2001, Eric has provided us with business and engineering expertise and a clear vision about the future of technology,” said Larry Page, CEO of Alphabet. “Continuing his 17 years of service to the company, he’ll now be helping us as a technical advisor on science and technology issues. I’m incredibly excited about the progress our companies are making, and about the strong leaders who are driving that innovation.”

“Larry, Sergey, Sundar and I all believe that the time is right in Alphabet’s evolution for this transition. The Alphabet structure is working well, and Google and the Other Bets are thriving,” said Eric Schmidt. “In recent years, I’ve been spending a lot of my time on science and technology issues, and philanthropy, and I plan to expand that work.”

“Over 17 years, Eric has been tremendously effective and tireless in guiding our Board, particularly as we restructured from Google to Alphabet. He’ll now be able to bring that same focus and energy to his other passions, while continuing to advise Alphabet,” said John Hennessy, a member of Alphabet’s Board since 2004 and the lead independent director since 2007.

Why is Eric Schmidt Leaving?

No formal reason was given as to why Schmidt is stepping down as CEO but some have speculated that it may be linked to his personal life. Given the role sexual harassment has played this year, Schmidt has been seen bringing girlfriends to company events, despite still being married. The women in question aren’t employees but it may look bad for the company. Google internally referred to Schmidt as their own secretary of state, since he served as an ambassador for them globally and in Washington. But since President Trump took office, Schmidt hasn’t been as influential as he once was.

The company is searching for a replacement and Schmidt will serve as a technical adviser and remain on the company’s board.