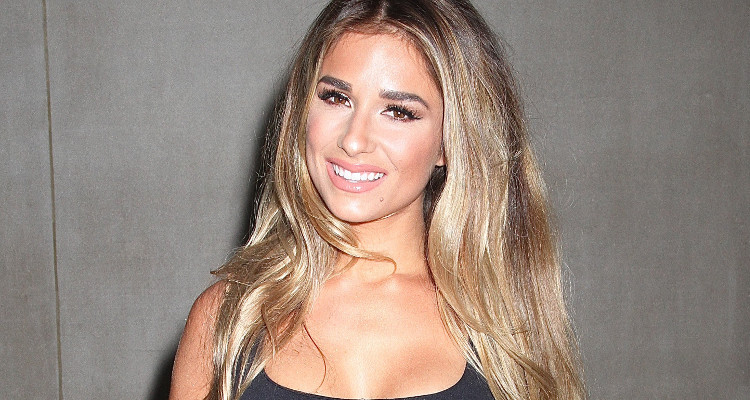 Jessie James Decker is an American country-pop singer-songwriter and a reality TV star. She is the wife of Eric Decker, a starting wide receiver for the New York Jets of the National Football League (NFL). Eric Decker’s wife is known to be quite vocal not only with her amazing hit songs, but also in her admiration for her husband. When Eric made a touchdown in his game against Buffalo, Jessie James’ Snapchat featured a not so subtle comment about Eric’s private parts. Jessie James Snapchat name is JecieJ, and she had created quite the stir posting her “raunchy” social media posts regarding her husband’s “offensive” side.

It all happened when Jessie James’ husband played a fantastic game and she wanted to celebrate it by being coy and playing on his name. She wrote “Touch down big d**k decker,” leaving no doubts about what she was referring to. Even in the past, Jessie James has been quite liberal in her praise for her husband’s physique. She said “As soon as I saw him naked, I had a ‘no clothes’ rule in our house. We’re hillbillies at home.” She is all set to celebrate her husband’s performance in her own creative way when he comes home for the weekend.

When she is not appreciating her husband, Jessie James is busy with her singing career. She has released one studio album so far, in the year 2009. The album called Jessie James, has sold 120,000 units in the U.S. James co-wrote most of the songs on the pop-country album, in which James reveals her preference for country, soul and pop music, as well. She has named singers like Shania Twain, Christina Aguilera, Jessica Simpson and Janis Joplin as her influences. Though she started out as a country singer, she began singing pop, as well because she wanted to cross over into that genre of music. She wants to emulate her idol, Shania Twain in doing this.

When her fans read her Snapchat comment on her husband’s anatomy, they immediately started praising her on her outspoken attitude. Even on a normal day, Eric and his wife are pretty much both exhibitionists. Just check out some of their pictures available on the Internet. With this kind of support at home, there is no doubt that Eric is going to be quite motivated in his future games. The opposing teams of the New York Jets better watch out; Eric Decker and his team mean business -and his wife’s Snapchat might just catch them off guard!