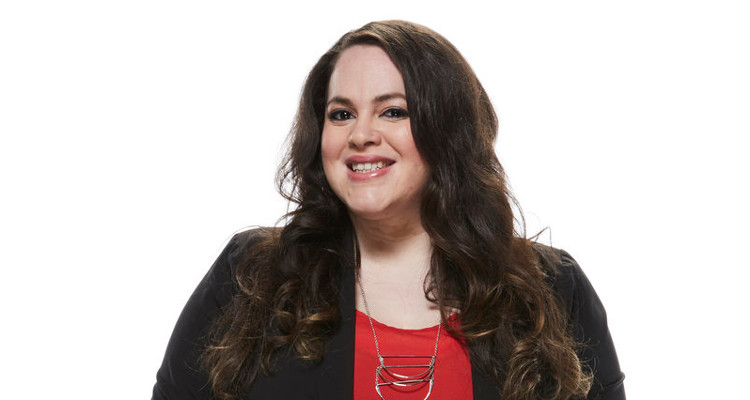 Blake Shelton may win The Voice 2017 once more with Enid Ortiz. The exceptional young artist wowed the country singer with her voice from day one. And she’s also an inspiring woman!

Enid Ortiz from Team Blake struck gold with her performance of Raelynn’s “Love Triangle.” She’s now on her way to the Live Playoffs. Enid Ortiz arrived in the Blind Auditions and had an inspiring story. She barely made it when Blake Shelton turned his chair at the last minute. But since then, there was no stopping her. Enid Ortiz won the Battle Round and the Knockouts and could win the whole competition. Who is this brave and empowering singer? Find out in Enid Ortiz’s wiki.

She Moved for a Better Life

According to her bio on NBC’s web site, Enid grew up in a town with one of the highest crime rates in the country. Around a decade ago, she was living in Springfield, Massachusetts, where she went to public school. Near the end of her freshman year in Central High School, her family moved to Tampa, Florida, where she currently lives now.

Like most of the contestants on The Voice season 12, Enid’s family supports her love for music. Her father, Julio Ortiz was active in local Latin bands. She got her musical talent from him, having been singing since she was five years old.

Enid still has family residing in Springfield. Her older sister, Wildally Colon is a city police officer in their hometown and their younger sister, Jailyne Ortiz is a student at the state Department of Fire Services’ Western Massachusetts training academy.

Also Read: Brandon Royal Wiki: Everything You Need to Know about “The Voice” Contestant

She was Bullied Because of Her Skin Condition

Enid Ortiz has a skin condition called vitiligo, which made things difficult at school. She was picked on by other students because of her skin condition, which affected her confidence. Enid avoided being photographed for fear of embarrassment. But during her struggles, music was the one thing that helped her get through it.

To turn a deaf ear to the jeering, she would lock herself in her room and write music. “Every since then, I really love music. I suffered with Vitiligo, which is a skin condition like Michael Jackson had and it really took a toll on my confidence and my image,” said the 25-year-old.

When she was 15, Enid’s parents took her to Tampa. One of the reasons they chose Tampa was because it had a medical facility offering experimental treatment for vitiligo. That, and her mother was concerned about Springfield’s crime rate and wanted a better quality of life for her daughter.

She Lost Her Engagement Ring!

The singer spoke about growing up feeling worthless. But it was the support of her loved ones and music that helped her overcome the negative emotions. One person she credits to building her confidence back up and making her fell beautiful is her fiancé, a dapper man named Joey. We don’t know who he is, but we know he really loves Enid!

My partner in crime and the love of my life! Thank you for joining me on my journey on @nbcthevoice! You're such an amazing supporter and I guess it helps that you're a bit handsome too…hehe. #thevoice #teamenid #curlyhair #teamblake #tampa #singer

Just four weeks before she auditioned for The Voice, Enid lost her engagement ring. Gasp! But no worries. Joey is a very loving man who bought her another one. Not only is he willing to buy a new engagement ring, but he can also afford to buy another one. (Cue “find you a man who can do both” meme). Just look at that massive rock on Enid Ortiz’s Instagram. It’s blinding!

Also Read: Vanessa Ferguson Wiki: Everything You Need to Know about “The Voice” Contestant

She Joined a Band in Tampa

It didn’t take long for Enid to overcome her shyness. When she moved to Tampa, she shed her inhibitions and performed at open mic nights and local gigs. She got involved with her school’s musical theater program and sang at the senior class sendoff. Enid won a local radio station’s singing contest and got the chance to perform with Clean Bandit at the group’s 2015 concerts in Florida.

Eventually, it led to her joining the jam band, Ragged Old Souls. She describes their group as a reggae, rock, funk, and blues fusion group. They released a five-track EP in 2015 titled Adrift. In the local music circuit, this Ragged Old Souls frontwoman is known as “Soul Shaker.” You can listen to one of their performances below:

“It’s a very funky group of people,” she says. “And I’m so grateful for performing with them. But I feel like I ready for that opportunity on a larger scale.” The opportunity came in the form of The Voice.

Enid Ortiz had tried out for The Voice four times before finally making it. As it turns out, fifth time’s a charm as she barely made it on Team Blake. She had pretty much given up hope that a chair would turn and she would fail again. “Then, when I saw a chair turn at literally the last breath of air possible, for me it was just a fresh breath of air … I will never forget tat feeling. It’s like coming back to life, almost,” she said.