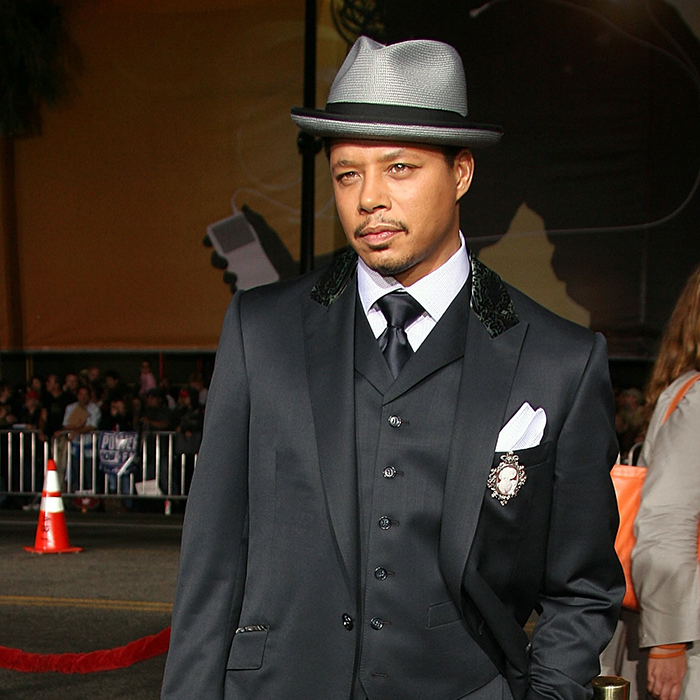 arrives at the premiere of Paramount's "Iron Man" held at Grauman's Chinese Theatre on April 30, 2008 in Hollywood, California.

Famous people having, what you might call, “overzealous” fans is nothing new; there’s a very long history of people doing outrageous things because of a certain celebrity. Unfortunately, social media has made it even easier for these fans to invade the personal space of their favorite stars. However, it also helps to create awareness, which appears to be what Empire star Terrence Howard was doing with a recent Twitter post—that, or just outing one crazy weird fan!

On December 28, Howard shared a direct message he received from a woman named Keshia, whose online handle is “KITTY__BADGIRL.” As for what the message says, well, let’s just say this “KITTY” is in heat. She starts normally enough, calling herself Howard’s “biggest fan,” but that’s where the normalcy stops. She then goes on to say that she didn’t realize how much she liked him until she started having dreams of sleeping with him and that she hopes to meet him and get a hug and/or kiss. And then she ends with this winning bit: “I know I might sound stalkers sh but I’m far fro a stalker I really would just love to meet maybe that would curve my craving to have hot butt naked sex with you. No harm intended [sic].” One word: yikes!

It’s unclear whether Terrence Howard posted this as some sort of warning or for comedic purposes (the post even includes a picture of the woman), but it appears that he got his point across either way. “The woman is in serious lala land man! Be careful! These people are living in the reality of their own warped imaginations [sic],” one fan advised, while another pointed out, “Now that everybody knows you read your DMs, get ready to get more creepy messages like that [sic].” There’s been no apparent response from Keshia/ KITTY__BADGIRL as of this writing, but she may not have seen the post yet; she may also be taking a nap to enjoy one of her “special” dreams!