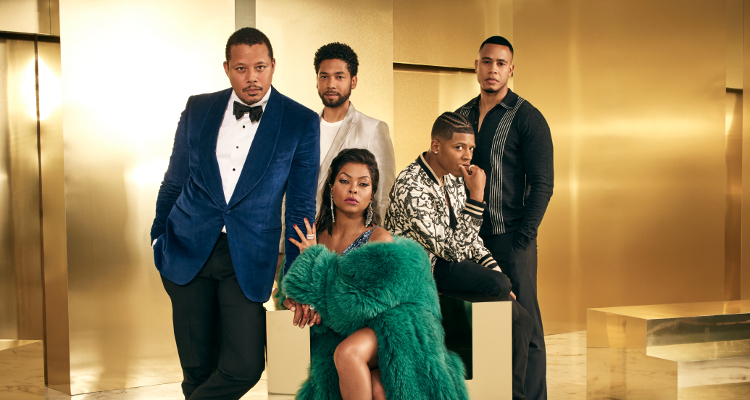 Empire is back! It’s going to be another amazing season, and fans of the show are just not able to contain their excitement.

In case you missed the first episode of season 4 and are wondering what happened to Lucious on Empire, we have the details for you right here. Keep reading to know more about Empire season 4 spoilers.

It seems that amnesia has led to redemption this season, as Lucious has gone soft as a result of it. The Lyon who roared before, meowed his way into the first episode this time, and we are still confused about how to react.

A bomb blast took Lucious’ memory in the Empire season 3 finale, and we were left hanging until last night as to what might have happened to him. But season 4 began with a bang (not literally though), and you will want to keep reading to find out what happened to Lucious’ legs.

A New Lucious, A New War

Lucious Lyon has been the meanest and most stylish gangster in TV history, and we are so confused about him going soft now. He doesn’t remember anything from his past and has no idea about him and his family. But Cookie is sticking by his side, no matter what. Lucious is still trying to get a hold of himself and knows nothing about his bad guy identity from before.

There’s a great battle going on inside Cookie as their relationship was about to become better when the blast happened, and the head hoodlum was a lost cause. But despite all the tension and their hostile past, Cookie binds the family together. Recovery from such an event takes a lot of time and people’s help. And one such character introduced is the nurse who is taking care of Lucious!

Demi Moore plays the role of Nurse Claudia and boy did she raise some red flags last night! Cookie knows she is up to something and doesn’t trust her even for a second. And to top it all off, Lucious is falling for her!

As if all that wasn’t enough, Lucious loses part of his leg in the blast, and is now walking on prosthetics with the help of a cane. So Lucious, with his new stylish appearance, has a brand-new memory and well, a very different side!

How will the Lyons respond to Lucious' recovery? #Empire showrunner teases what to expect in season 4 https://t.co/qSmmZyW0HK pic.twitter.com/gdZGbf5k5D

Home Is Where the Drama Is

Amnesia seems to be the least of problems for the family, as the new defensive Lucious is getting hard for them to get used to. An extravagant dinner was arranged for the entire family to sit down and let the situation sink in, but things took a U-turn real fast.

As the rest of the family doesn’t know how to deal with the “new” Lucious now, Hakeem is the first to give into the frustration. He starts yelling about how he wants his O.G. dad back, and not the easygoing man he’s become. What was supposed to be an evening of getting together as a family, soon became bitter with arguments and fights.

It was all too much hate for Lucious to take in! If this was his family, he did not want to be a part of it anymore.

On A Scale From 1 To 10, I Rate This Episode Of Empire A 10!!???? Amazing Start To The Season, The Outside Scene Was Crazy!!?? Diana DuBois Can Go!!?? The Preview Was Crazy!! When I Saw Anika And Then Tiana Holding Bella, I WAS SHOOK!!???? #terrencehoward #tarajiphenson #traibyers #jussiesmollett #yazzthegreatest #empireseason4 #empirewednesday @empirefox @staronfox

Lucious is being told the good snippets about his past. And after he learned he was a singer, he requests to listen to some of his songs.

The reaction was almost expected—he hates them! Goody Two-shoes Lucious Lyon expresses how much hate he saw in all those songs, and how much hate was actually present in his life as well!

This new lease on life that Lucious has received is probably more of a curse than a boon. He could go from swagger to sweeter, and that is not the Lyon people want! He is afraid of his brutal past now, and Cookie is at the center of the situation!

While everything is going south regarding Lucious, Diana Dubois is hatching new plans to destroy Cookie’s “offspring.” She was seen in the trailer talking about finishing the boys. And in the episode, it looks like she is planning to do it from the inside!

If you are a diehard Empire fan, you have probably already guessed what the future holds for the famously rich and incredibly melodramatic family. And the trailer for Empire season 4, episode 2 gives some details too.

Lucious is scared that if he recovers or get’s his memory back, he will become the monster that he hates.

Diana Dubois is making her moves, getting ready to strike at the right time, and Tiana and Hakeem are a unit now taking care of Bella! It was a probably a fate that Boo Boo Kitty deserved!

Also, will Nurse Claudia be successful in her secret twisted plan? Or is she going to turn out to be wet gunpowder? It’s a high-stakes game now more than ever, but Empire stops for nobody—memory intact or not.